Imagine living in a city where you’re not allowed to cross a certain street. Or attending a school that has a forbidden floor. This is not the plot of some suspense or a horror film, but a reality in Gornji Vakuf-Uskoplje – a city in central Bosnia that is divided along ethnic lines. Balkan Diskurs sat down with young people from the city to their views about the impact this division has had on their lives and how it has shaped their attitudes toward the other ethnic groups in the country.

At first glance, Gornji Vakuf-Uskoplje seems like every other small town in the world. The 22,000 people who call it home are served by only one main road, a municipality building, a post office, and a few convenience stores. The city is also home to numerous kafici – a fusion between a café and a bar – and a regular Wednesday market where one can buy fresh vegetables or cheap Chinese wares. However, it’s not the numerous cafés nor the lively market that make this city unique. Instead, it’s the ethnic divisions, present around every corner and in every aspect of daily life, from the “invisible” line – an unassuming street in the middle of the city that divides the Bosniak Gornji Vakuf from the Croat Uskoplje – to the ethnically divided schools.

These divisions are so entrenched that the people of Gornji Vakuf-Uskoplje now perceive the situation as normal. What is of greater concern is that this attitude is being passed down to children and young people who adopt the perspectives of their parents, relatives, and peers.

The following statements reflect the hardships of life in a segregated city, but they also demonstrate that there is still hope for change, even in deeply divided communities.

“I didn’t feel as though the way I grew up was different, mainly because I didn’t know any better. We were born into a system that fostered segregation and the situation was perfectly normal to us,” recalls Lorena (20). “During our childhood, we had no contact with the other group whatsoever.” Although she now lives in Sarajevo, Lorena continues to represent her city as a peace ambassador for a regional project funded by USAID.

The divisions Lorena encountered in Gornji Vakuf-Uskoplje significantly influenced her view of her city. “It was horrible to grow up in such an environment; I have no love for the city, nor do I feel connected to it,” she states. “The double name is also a joke; it’s too long to be pronounced, but the shortcut too short to be understood. I’d rather be a Sarajevan,” she says; she enjoys the diversity of the Bosnian capital.

Tarik (25), a communications graduate and youth activist from Gornji Vakuf, has a similar story to share. As a child, he knew that “other” people lived on the opposite side of the city, but thought it was supposed to be like that. “My childhood was marked by people talking about ‘ the others’ living on the other side of the line,” he remembers. Even though children knew there was another part of the city, they knew little about the people living there, which only fueled fears and suspicion: “My parents didn’t explicitly talk about the situation in this city, but the fact that we were aware of people living on the other side implies that we grew up in fear of that infamous ‘other side’.”

Fear of the Steep Stairs

Most of the children lived a “segregated” childhood with practically no contact with members of other ethnic groups, but as they started to attend secondary school (located on the city’s Croat side), the divisions became more visible and “undeniable”. Both Croat and Bosniak children studied in the same building, but Croats had classes on the ground floor while Bosniaks kept to the upper floor, devoid of any contact whatsoever. Their curricula were divided along ethnic lines in accordance with the now infamous “Two Schools Under One Roof” model.

The students not only had separate classes but were also not allowed to comingle with members of the other group during breaks or in between lessons. However, every once in a while, curiosity got the better of them. “Sometimes, we would go up the stairs to catch a glimpse of the upper floor that belonged to the Bosniaks,” remembers Lorena. “But we didn’t dare go any further than the stairs for fear we might be sanctioned.” Martin (19), who is now studying psychology at the University of Sarajevo, also recalls: “Fear was surely present in our schools. Croat children used one entrance and Bosniaks another. If teachers caught you using the wrong entrance, you got into trouble.”

Similar to the general situation in the city, the situation in the school wasn’t perceived as anything extraordinary. “There isn’t much to say about Two Schools Under One Roof. In Gornji Vakuf-Uskoplje, this concept is widely accepted and considered commonplace,” says Tarik, “so we just thought it was normal.”

Tarik believes that these schools have a negative impact on the personal development of youth. They obstruct the learning process. Students don’t learn anything about other perspectives and views; only about the ones that were imposed upon them. It wasn’t until Tarik finished school and went on to study in Sarajevo that he realized that his experience was not common: “I realized that we were quite damaged because of it.”

Lorena doesn’t feel that her education lacked quality, but she does believe that being segregated and not in contact with children from other ethnic groups fostered the divisions she saw elsewhere in her city. Like Tarik, she believes that segregated education hindered their personal development in many ways: “We do learn about other religions at school. However, since we don’t have (any) contact with people of different backgrounds, we don’t really know much about them. And that’s a pity.”

School was not only a constant reminder of the divisions but also a nightmare for those who became friends with members from the other group. “School was a bad experience for me as I was friends with Bosniaks,” says Lorena. “Your own people perceived you differently. Some of my “own” peers would even insult me at school.”

An Oasis of Peace

The only common and unsegregated space that exists in Gornji Vakuf-Uskoplje is the youth center. There, children and youth not only attend various workshops and classes but also learn more about history, inter-ethnic relations, and peacebuilding. They are also given opportunities to travel to new cities where they have the chance to meet other young people from the region.

For some, the youth center also provides youth with their first-ever opportunity to meet children from the other side. “The youth center has shaped me as a person a great deal. I learned many things at the center; it helped me to deal with the stereotypes I had, and, in time, it managed to dissolve them,” says Tarik.

All of the young people that spoke with Balkan Diskurs had the support of their parents and families and were encouraged to visit the center. “My parents are okay with me attending activities at the center. They support me. My dad was in the war and my mum was a refugee, but they still support me,” says local youth Martin.

A Glimmer of Hope

It seems that, for now, the city will remain divided along ethnic lines. “I think that inter-ethnic relations are currently going nowhere,” says Tarik. “People are closed off and reserved. Everyone only cares about his or her own life and doesn’t bother with the other side and there are still no common events in the city.”

The 2017 student protests against ethnically divided schools that unfolded in Jajce and Travnik didn’t have much of an impact in Gornji Vakuf-Uskoplje. “We all know that the Two Schools Under One Roof model is not okay. At the same time, we hear it has to remain in practice in order to secure our “vital national interests”,” states Tarik.

Tarik believes that the people of Gornji Vakuf-Uskoplje are not really ready to change anything. Nevertheless, despite this rather bleak outlook, there is some hope for the future for the next generation. “A few years ago, Bosniak children started attending classes with Croat children as a result of some new vocational programs that were being offered by the Croat educational program,” remembers Tarik, “and it’s been working perfectly fine.” 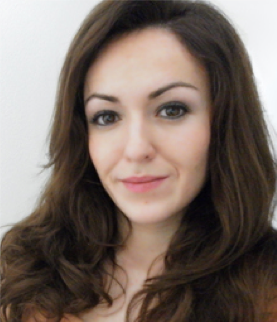 Mari holds a Bachelor’s in Communications and Modern Languages from the Zurich University of Applied Sciences as well as a Master’s in Transnational Studies from University College London. She has experience as a journalist and has worked on various social media projects and has written articles on a variety of societal issues, including education in Bosnia and Herzegovina. Mari's primary interests include post-war reconciliation, (economic), development and the impact of culture (arts, cinema etc.) on society.