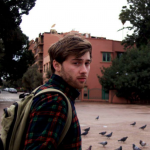 Discussing Islamophobia in the Heart of Balkans

As Europe continues to grapple with growing Islamophobia fueled by a surging refugee crisis and Islamist terrorism, questions are increasingly being raised on whether Islam is compatible with European civilization.
December 20th, 2016

My Son the Jihadi

How did a perfectly normal British teenager end up fighting in Somalia as a recruit for the Al Qaeda-affiliated group Al Shabaab?
November 21st, 2016