“I have some shame to hang out with my girl and to tell my mom not to come in,” reports Niko[1], age 26, who was kind enough to tell me about his close relationship to his mother. The idea of a mama’s boy was first conceptualized by the renowned psychoanalyst Sigmund Freud. “Mama’s boy” was …

“I have some shame to hang out with my girl and to tell my mom not to come in,” reports Niko[1], age 26, who was kind enough to tell me about his close relationship to his mother.

The idea of a mama’s boy was first conceptualized by the renowned psychoanalyst Sigmund Freud. “Mama’s boy” was not the term he used at the time though — he preferred the term “the Oedipus Complex.” Freud theorized that the male child can only reach masculine subjectivity by distancing himself from his mother and renouncing feminine traits within himself.

Freud’s psychoanalytic theories continue to shape the constructs of masculinity for modern society. Cultural signifiers emerge to distinguish a mama’s boy from a boy who loves his mother. For example, if the boy cannot perform household chores without his mother’s assistance, this is considered circumspect behavior.

“Girlfriend moves in only with marriage… but mama come first,” according to Niko.

Are Bosnian men ultimately doomed to be mama’s boys forever? Will they never complete the path laid out by Freud, and therefore never realize their masculine subjectivity? Are there any real men left in this city, or will we have to make do with boys trapped in the clutches of their overbearing and over dependent mothers?

Fiscal autonomy and distinction of selfhood are vital in the construct of traditional masculinity, which is difficult to achieve, because it is normal for a Bosnian man to live with his parents until marriage.

Amir, age 28, claims that the soaring unemployment rate is the fault of the “lazy youth… we are still angry from the war, now we have corrupt government, and it is still here, our anger with no resolution.”

According to Niko, the main reason a man lives with his parents in Bosnia is due to finances. If masculinity is based on independence, but Bosnian culture dictates that men live with their parents, does this mean that every man in Sarajevo is a mama’s boy?

“For me, a mama’s boy is ‘please mama, buy me this car, this phone…’ I know I am no mama’s boy because I help my family and I love them,” says Niko. Perhaps, in light of Bosnia’s economic situation, manliness cannot be measured by financial development. However, Sarajevo men might be guilty of emotional codependence.

Domineering mothers with impossible standards are the cause of the mama’s boys epidemic. “We [my mother and I] have some kind of close relationship … I can’t wait to get out of that.” Here, Aleks, age 24, articulates his awareness of the codependency his mother has developed, and desires to escape the hyper intimate space in hopes of reclaiming his masculinity. If you are codependent and you know it, are you still a mama’s boy?

All participants reported evidence of a close relationship with their mothers. The same could not be said of their paternal bond. Niko tells me: “Mother is always there for you. Father is always doing man stuff … he is on the job… mother love is always different — she [gave birth to] me, father just made me.”

Bosnian family structure seems to be aligned under a patriarchal power structure. “In Bosnia, father is the main figure in the house… he is responsible for manly chores,” reports Aleks.

While Amir describes his relationship with his father as consisting of demand rather than dialogue, Aleks informs me that Bosnian life “teaches you that man is king of the cave, while the mothers lead from the shadow.” The agency of the female figure is disoriented and displaced by the power of the father.

Although some of the participants reported that they currently do not live with their parents, they make valiant efforts to stay in close contact. “Every day when I finish [work,] I visit my mother,” Aleks tells me.

When asked about girlfriends, the men I interviewed gave me various answers. “The trouble between parents and girlfriends can be difficult if you let it. The most difficult period in [a] man’s life is when he moves from [his] parent’s house to [his] wife’s house,” reports Aleks. After being coddled for so long by the overbearing mother figure, the idea is that the traditional Bosnian man transfers that neediness onto his wife — his mother-replacement. His emasculation is derived from his inability to exist as an autonomous subject, without his mother figure there to support him.

Amir has been confronted with ethnic tensions from within his own family. His grandmother, well immersed in the former Yugoslav social systems, warned him “be careful, and find a girl of your own kind.” He believes Bosnians cling so aggressively to the ethnic divides because the sociopolitical landscape is barren of economic opportunity. “Tradition, masculinity and family are all we have left,” he says in regards to Bosnia’s traditional family structure.

Aleks feels distanced from the traditional paradigms of religious identity: “I’m not a religious guy in the normal sense… I was raised Muslim, but I have my own way of believing.”

The clash of modernism with traditional values leaves the state of Bosnian masculinity in conflict. Amir claims, “most new generations don’t give a shit about traditions… we should step away from traditional rules that make no sense.”

My interviewees referenced traditional Bosnian family structure, but none were actually following the prescribed lifestyle. Amir goes as far as to wonder, “Why do we lose maiden names when women marry? We lose a history when that happens.” There is a desire for a comprehensive history that is simply not aligned with national idealism. “Of course there are some nice [traditions]… but generally they push problems onto following generations,” Amir states simply, “it’s not war anymore.” Here, he is trying to reconcile the histories of ethno-centric cultural discourse with his own understanding of life in Bosnia.

Bosnian modern man: where tradition ends and globalization kicks in

I asked the interviewees if their moms had taught them the skills for independent living? “Google is [a] better teacher than mommy,” responds Amir with a laugh. The Internet provides a safe and ungendered space to gain access to all types of information. With the help of cyberspace, a young man can learn how to clean a stain from a tablecloth or even how to braid hair. The modern Bosnian man is privileged by unfettered access to his varied interests, and is not forced to rely only on his parents to learn how to run his household. “I am not lazy! I am learning that those [feminine chores] are not just women’s part of the job.”

I’m a guy… I’m hanging out with guys… I can see how sleazy men can be… that’s why it’s important to be a gentleman. You must be strong in difficult situations. Nowadays, the girls can easily defend for themselves. The role of the man is not to protect… you have to live your life,

The modern Bosnian man is allowed to be a gentleman. This challenges traditional narratives of masculinity, in which the strength of men protects women from the harsh realities of the world. In post-conflict regions, the concept of “man as protector” becomes disoriented as the political, economic and social situation falls into disarray.

As his masculinity is not centered on providing or protecting, the modern Bosnian man can develop a respect for the autonomy of women. He is able to explore a mutual exchange of emotional support, not a relationship of maternal codependency. “If she asked me to do girly chores, I would if I needed to… but right now I am avoiding it,” says Aleks.

The realities of the war continue to impact the gender roles of the family as well. It is not an act of emasculation for the son to support his mother after he watched how the war affected his family. “My parents didn’t have time to share the love… due to hardships of war. Now, my mother is forced to work and her anxiety is double. War made that stuff. It’s time to take extra care to spend at home,” says Niko.

All three of the interviewees made it very clear that they are not interested in staying within ethnic lines when dating. As one participant so eloquently put it: “my dick doesn’t care for her name.” Although Amir swears by the existence of Bosnian family structure, he and his friends do not seem to be swayed by it. “[My parents] know that I will listen to my heart… we can do what we want to do.”

The modern Bosnian man does not play by the rules of tradition and is not influenced by the imposition of Freudian gendered realities. Niko says he does not “look for a girl that is like my mother… I look for what I need. It doesn’t matter if she’s like my mother – just as long as she likes normal stuff.”

“My girl will be someone you can compromise with. Everything has to be shared, you know,” says Aleks.

The mama’s boy complex is not due to excessive motherly intimacy, nor the high standards a man develops after a doting mother refuses to let him go. If mama’s boy is the anti-man — a man so emasculated that whatever “maleness” he possesses has been sucked from his body — then I could not classify any of my participants as mama’s boys. They located themselves outside of the paradigms of normal Bosnian family structure, but that is to be expected, as the landscape of Bosnian identity was torn apart by the interethnic war of the ‘90s, and will continue to shift until, as Amir put it, “our anger is resolved.”

Young Bosnian males are living in reference to a traditional Bosnia, but the reality is, the modern Bosnian man lives in an era of globalization and shifting identities. With the lack of economic development, Bosnia is left with little to hold on to. The result is a desperate grasp on the memory of Bosnian identity, entrenched in patriarchal traditions. That is why, in this time of transition, every person I run into on the streets of Sarajevo clings to the term “mama’s boy” — it reasserts traditional notions of gender in the face of a shifting construct.

[1] All names changed to protect anonymity. 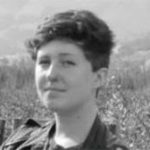 Lucinda Klarich-Kahn is a former intern of the Post-Conflict Research Center in Sarajevo. Lucinda is a Gender Studies major from the Smith College in Massachusetts, with a focus on Women, Race and Culture and a Concentration in Community Engagement and Social Change.

Twenty-one-year-old Kenan Suljić is one of the creators of the world's first application to fight depression. The first-year student of the Faculty of Medicine in Tuzla is also a certified youth leader. In an interview for Balkan Diskurs, he reveals his perspective on mental health and how he managed to make his dream come true.
September 2nd, 2021

A Historical Contribution to the Understanding of Genocidal Intent

On January 9th of this year, a book launch was held in Sarajevo for Intercepted Conversations: Preparations for War, by Hikmet Karčić, Emir Suljagić, and Sead Turčalo. The book contains the written transcripts of a series of intercepted telephone conversations which took place between May 1991 and March 1992 among members of the Serbian political and intellectual elite. These conversations were recorded by the State Security Service of Bosnia and Herzegovina, which was monitoring the preparations for the war in Bosnia and Herzegovina.
January 20th, 2023