After years of civil war and oppressive Taliban control, taking photographs became a crime, which caused a complete media blackout in Afghanistan. When the US invaded the country in 2001, fledgling free press emerged and a newfound fascination with the power of photography was brought to light.

After years of civil war and oppressive Taliban control, taking photographs became a crime, which caused a complete media blackout in Afghanistan. When the US invaded the country in 2001, fledgling free press emerged and a newfound fascination with the power of photography was brought to light.

When the US withdrew from Afghanistan, so did the foreign reporters, causing local reporters to step forward to continue reporting on all aspects of their culture.

Under Taliban rule, education, knowledge, freedom and development was prohibited. With the regime no longer in power, people are attempting to move forward. They will never forget the memories from the Taliban era, and are instead just learning to live with them.

“Frame by Frame”, a film directed by Alexandria Bombach and Mo Scarpelli, follows the journey of four photojournalists as they work to build free press in their country.

The four journalists—Najibullah, Wakil, Farazana, and Farzana’s husband Massoud—met through AINA, an Afghan media and culture center that aims to bring free press to the country by training local photographers. Under the organization’s guidance, the four photojournalists were each able to follow their calling to report on the untouched realities of Afghan life. Through the shutters of their cameras, they light up the corners of darkness that people could not see before.

Wakil’s photographs portray both the good and bad of Afghan society. He focuses on capturing the beauty of Afghanistan’s culture and traditions, but also the cultural problems that are so deeply embedded in the society. He showcases poverty, addiction to drugs, and corruption. However, he also captures rehabilitation, hope and the path to a brighter future.

Massoud’s photographs have won 5 international awards, including the universally acclaimed Pulitzer Prize. While everyone runs away from war and conflict, Massoud runs towards it. He wants to capture the horrific realities of this universe, and he does not want the world to forget about the refugees from Afghanistan or the people still currently living there.

As part of Afghanistan’s photographic revolution, Farazana has broken even greater barriers with her work that delves deeper into the lives of Afghan women. Her photographs, which won 2 international awards, showcase the changes that women have experienced over the last 10 years.

As a female living in a male-dominated society, Farazana faces the biggest risks as a photojournalist, as strict gender policies and norms stand against the photographing and filming of women. Farazana faces the likelihood of being interrogated and jailed, and is constantly asking herself: “If I die, is it worth it?”

Women are poorly represented in the Afghan media, and many women want their stories to be told and their voices to be heard. Change cannot happen without putting their stories out there for people to read and understand.

The possibility that the world will forget about Afghanistan exists, but Afghan photojournalists will fight to ensure that this does not happen. Photography speaks an international language, and photojournalists will continue to use it to give a voice for the voiceless in their motherland.

When working as a photojournalist, the images captured emerge from situations and moments that are often very difficult to document. As stated in the movie: “Though there may not be tears flowing from the eyes, the heart cries when reporting.”

The Balkan premiere of “Frame by Frame” took place during the 3rd annual War Art Reporting and Memory (WARM) Festival, which took place in Sarajevo from 26 June to 2 July 2016. Organized in collaboration with the Post-Conflict Research Center (PCRC), the WARM Festival brings together artists, reporters, academics and activists around the topic of contemporary conflict. 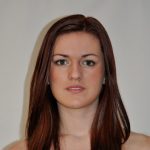 Amela Orlović is a former intern at the Post-Conflict Research Center in Sarajevo. She is currently completing her undergraduate studies at George Washington University, where she is majoring in International Affairs with a concentration in International Development.

Jess Kuntz speaks with Thomas Mesa, Acting Deputy Chief of Mission, about the US Embassy’s work in Bosnia-Herzegovina.
June 4th, 2014