Twenty-three years to the day since it was demolished by Serbian nationalists as part of an ethnic cleansing campaign, Banja Luka’s grand mosque, Ferhadija, was reopened on 7 May. Despite continuing tensions between the Serbian and Bosniak population of Banja Luka, the ceremony passed off without incident and marked an important date in the city’s troubled history.

“Today is a day of joy for the Muslims of Banja Luka, and all those who came to rejoice with them. Many Orthodox Christians, Catholics and even atheists are celebrating Ferhadija’s return. They say Banja Luka is now complete”. This is how Osman ef. Kozlić, the mufti of Banja Luka, addressed the crowd gathered to witness the reopening of Ferhadija, the city’s grand mosque.

Despite heavy security and fears over possible outbreaks of ethnic violence, the atmosphere was festive and celebratory. The 8,000-strong crowd included non-Muslims, families with young children, and the elderly, who made themselves comfortable and enjoyed the Saturday morning sun in a scene that resembled a picnic more than a high-risk security event.

The mosque has not always been a place of peaceful interfaith celebration, however. Constructed in the mid-16th century at the request of Ferhat Pasha Sokolović, an Ottoman general and the first beylerbey of Bosnia, the building was demolished in 1993 as part of an ethnic cleansing campaign by Serbian nationalists against the Muslim population of Banja Luka. It was blown up, alongside Arnaudija, another mosque located nearby, on the night between 6-7 May, in an elaborate and well-planned operation.

A total of 16 mosques were destroyed in Banja Luka the during the 1992-1995 conflict. The debris from Ferhadija, a gem of Ottoman architecture and one of Bosnia’s officially-listed National Monuments, was hidden in nearby landfills or dumped in riverbeds, where it was left for years. In 2001, the Islamic Community (Islamska Zajednica), the official Muslim body in Bosnia, was granted a permit to reconstruct the mosque. The ceremony to lay the new cornerstone of the mosque took place on the eighth anniversary of the mosque’s demolition but it was marred by violence by Serb nationalists. As a result of the rioting, 30 Bosniaks were injured. One person later died from head injuries. Over 250 people, including the head of the UN in Bosnia and a number of foreign officials, were trapped in an Islamic centre as the attackers wreaked havoc outside. The date, 7th May, was subsequently chosen as Bosnia’s official Mosque Day.

The re-creation of Ferhadija, the most significant architectural reconstruction in Bosnia since the rebuilding of the Mostar Bridge, was a painstaking process that took over 15 years and ended up costing 10 million KM. Around 35,000 pieces, 65% of the original material, were recovered from various locations thanks to tip-offs from locals and reused in the new construction to preserve the mosque’s authenticity.

The recovered stones were thoroughly examined to make sure they belonged to Ferhadija and not one of the other 15 nearby mosques that were also demolished. Each piece was scanned into a specialised computer programme and then matched against a digital model of the mosque to identify their most likely location in the construction. According to one account, the Bosniak stonemasons who worked at the site were performing prayers inside the mosque’s bare walls, breathing new life into it.

The reconstruction process was delayed, not just by the complexities of preserving the mosque’s architectural authenticity, but also by high costs. However, those were alleviated when the Islamic Community signed a financing contract with the Turkish International Cooperation and Coordination Agency.

The work was also funded by the government of Republika Srpska (RS), widely known for its often-borderline incendiary statements regarding the unity of Bosnia and relations with the Muslim population. The RS authorities used the reopening of Ferhadija as an opportunity to soften their hardline nationalist image and reach out to Banja Luka’s Bosniak minority. Milorad Dodik, the president of RS, frequently met with the reopening ceremony organising committee and donated carpets that traditionally cover mosque floors. He repeatedly stressed that RS “supports the reconstruction of damaged religious sites since it leads to strengthened coexistence”. He congratulated the Muslim community on reopening Ferhadija, saying that it promoted community cohesion and that people of all faiths and ethnicities are welcome in Banja Luka and RS.

However, despite the positive rhetoric, the demographic composition of Banja Luka remains profoundly changed since the war’s end. Only 8,000 Muslims live in the city now, compared to 30,000 at the beginning of the conflict in 1992. The return process has been very slow and often damped by recurring instances of discrimination against returnees across RS.

In a landmark case, the Islamic Community sued the RS in 2008 over the wartime destruction of Muslim religious sites in Banja Luka, claiming that the acts of violence were aimed at not just physically destroying the buildings but also erasing all Muslim presence from the Serb-controlled area. Although a local court ruled in favour of the Islamic Community, the decision was later overturned by the highest court in Sarajevo on the basis that authorities were not responsible for damages caused by individual people.

However, wartime acts of violence occurred on all sides. Over 90% of churches in Banja Luka were destroyed, and a number of Orthodox and Jewish facilities also suffered huge damage. The reopening of Ferhadija last Saturday brought leaders of those religious communities together. By jointly eschewing inter-religious prejudice and celebrating each faith’s contribution to the local community, they sent a powerful message to those attempting to sow division that such acts are no longer welcome in Banja Luka and in Bosnia. 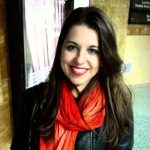 We need greater responsibility for a more inclusive society

People with disabilities face many difficulties on a daily basis, and the system often neglects them. Despite the many challenges she faces as a person with hearing impairment, Alma Mujanović has managed to take part in social and professional life, through a hard work and great effort. She says that it is extremely important to work on ourselves, but that our country must take greater responsibility in order to build a more inclusive society.
May 4th, 2022

Combatting human trafficking remains among the major human rights issues in Bosnia and Herzegovina. Recent reforms, however, kindle hope that the country is making progress towards a more effective anti-trafficking framework. The elimination of trafficking will still require that Bosnia improve prevention efforts by fostering greater collaboration among political entities and with civil society, a particular challenge given mounting instability.
December 12th, 2022