On 2 February 2016 the international forum titled “Next Generation Democracy and Interfaith Dialogue – Response to Violent Extremism” was held at the Bosniak Institute in Sarajevo. Sponsored by the Foundation for Shared Societies and Values Sarajevo, a non-profit organization whose mission is to “promote a concept of shared societies” in Bosnia-Herzegovina and around the world, the forum engaged the topic of violent extremism in an era of globalization, the value of interfaith dialogue in reducing violent terrorism and religious radicalization, and the positive role religion can have in the creation of inclusive, tolerant, and pluralistic societies.

To navigate the intimate relationship between faith and politics, with a focus on the compatibility and conflicts between Islam and Western liberal democracy, the Foundation invited Dr. Ismail Serageldin, former Vice-President of the World Bank and the current Director of the Bibliotheca Alexandrina, Mr. Kjell Magne Bondevik, former Prime Minister of Norway and Founder and President of the Oslo Center for Human Rights, and Dr. Hilmo Neimarlija, Professor at the Faculty of Islamic Studies in Sarajevo and Board Member of the Bosniak Institute. The panel was moderated by the Founder of the Shared Societies and Values Foundation Sarajevo, Dr. Zlatko Lagumdzija.

The distinguished panel addressed what can be learned from the history of faith-based conflict and peace in Europe and the Middle East, as well as the practices and role of interfaith dialogue in reducing religious extremism. Based on their analysis they outlined the ways policymakers can elevate interfaith dialogue as a practical instrument for future conflict resolution and peace-building in Bosnia-Herzegovina and around the world.

Dr. Serageldin spoke about the compatibility between Islam and Western liberal democracy. Referring to historical examples of tolerance in Islam – pluralistic societies during the Middle Ages, the contribution of Sharia Law to modern jurisprudence, and Islamic principles of free expression – Dr. Serageldin argued that Islam is organically democratic and Muslims have co-existed with other religious groups throughout history, thus refuting the popular misconception, used by populists and religious extremists alike, that Islam is anathema to Western liberal democracy. Dr. Serageldin told the audience that one of the core principles of Islam is the freedom of belief: to believe or not to believe is a private affair between the individual and God. According to the Quran, Dr. Serageldin explained, Muslims are encouraged to co-exist with other religious groups and maintain peace and goodwill. Given this rule, Islamic extremists, who preach and exercise violence against so-called non-believers, reflect bigotry and jingoism rather than Islamic principles.

To clarify modern misconceptions about the rigidity of Sharia Law, Dr. Serageldin referred to the reign of Umar ibn Al-Khattab (634-644 AD), one of the most powerful and influential Muslim caliphs in history, who, for his legal expertise and pious and just nature, earned the epithet Al-Farooq (“the one who distinguishes between right and wrong”). Under his rule, the empire expanded, and Muslims, Christians, and Jews lived in harmony, each receiving fair treatment, social services, and protection according to the Muslim code. Citing the Treaty of Umar, one of the most progressive treaties in legal history, which granted religious minorities freedom of religion and security in Muslim-dominant societies, Dr. Serageldin stressed the responsibility of modern Muslim leaders to avoid rigid interpretations of Sharia Law and the need to mold core Islamic principles for current contexts.

Freedom of expression is the first freedom of human existence because it guarantees all others, claimed Dr. Serageldin. On this topic, he shared his opinion on the Charlie Hebdo cartoon controversy and its tragic fallout. While he condemned the terrorist attacks against the satire magazine, he was also disappointed with the reaction of Western media and many non-Muslim political leaders because rather than condemning the cartoons as “hate speech”, they spoke in support of the cartoons’ publication on the basis of “freedom of speech”. Dr. Serageldin asked the audience, would their reaction have been the same had the cartoons been racist or anti-Semitic? Popular support for the cartoons attracted more attention than necessary and reinforced the position of Islamic extremists, who were able to represent them as an assault on Islam. While censorship is not the answer, said Dr. Serageldin, such cartoons, as a form of hate speech, should elicit social rejection. Democratic governments in Muslim-minority countries must not favor one religious group over another in working towards a truly pluralistic society that values the beliefs, customs, and practices of all its members.

Moving from the past to the future, Mr. Bondevik outlined a framework for good democratic governance in the twenty-first century. Based on the universal principle of human dignity and established codes of human rights, Mr. Bondevik charted the contours for a “New Generation Democracy”, a type of political organization characterized by free and fair elections and the division of powers, as well as equal power-sharing, inclusive ideologies that bridge differences and bring social cohesion, and virtuous leadership. He emphasized the importance of these principles in countering violent extremism, especially with the decline of democratic standards across the world over the last ten years. As the processes of globalization increasingly connect, transfer, and mix human communities and create pluralistic societies, it is imperative to promote authentic democratic governance and open societies in which there is a continuous public dialogue, particularly between majority and minority populations, as this is a litmus test for legitimate democracy.

Claiming that the primary source of violent extremism is exclusion from society, Mr. Bondevik maintained that it is important for nation states to cultivate inclusive societies, in order to create a sense of fellowship and unity, and thereby, prevent extremism. Political and spiritual leaders have used religion throughout history as a cover for their own self-serving ends, exploiting social differences and manipulating latent fears and anxieties. Interfaith dialogue, Mr. Bondevik told the audience, is therefore the primary tool to build shared societies because it creates a space to challenge radical interpretations of faith and to show people that peace, justice, and human dignity are common to all major religions.

To contextualize the challenge of violent extremism, Dr. Neimarlija discussed the importance of the 2015 Sarajevo Declaration, a joint appeal by political, spiritual, and intellectual Bosnian leaders against Islamic extremism in Bosnia-Herzegovina and beyond. The importance of the Declaration, according to Dr. Neimarlija, is that it establishes violent extremism as both a local and global phenomenon whose complexity is too often simplified, leading to weak counter-strategies and poor policy-making. Adopted by over 40 Muslim leaders in Bosnia, including Grand Mufti Husein Kavazovic, the Declaration may not offer a concrete solution to the challenge of religious extremism, but it shows that the majority of Bosnian Muslims oppose radical Islam. It also sets the foundation for an inclusive Islam based on principles of freedom, peace, and inter-communal existence, said Dr. Neimarlija.

After the lectures, the panellists responded to questions about the stagnation of scientific inquiry, technological development and cultural innovation in the modern Muslim world, as well as the role of education in reducing extremism and the relationship between neo-liberal capitalism and Islam.

To conclude the session, Dr. Lagumdzija cautioned the audience that there is no “Plan B” to interfaith dialogue. If we sacrifice our collective human interest for individual selfish ends, then there is no chance for co-existence, co-habitation, and co-operation within and between communities. He reminded those in attendance that we have the means, knowledge, and passion to tackle the critical challenges of violent extremism, but without interfaith dialogue, our efforts will be futile. 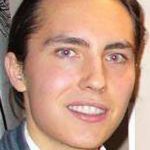 Marko Kljajić is a former intern at Post-Conflict Research Centre in Sarajevo. Born in Sarajevo, Bosnia-Herzegovina, he studied International Relations with a focus in Transitional Justice and Post-Conflict Reconstruction at Western University in London, Ontario, Canada.

After her benevolence during the post-war period, people did not brand her a hero, but instead a person ostracized by her community. The best possible option for her was to return to Jajce, because, aside from helping Bajro, there was no place for her in Banja Luka anymore. But her return to Jajce was not salvation, only consolation.
September 28th, 2015

Only Journalists Can Fight for Serious and Independent Media

the Post-Conflict Research Center (PCRC) in Sarajevo has published an official research report on the state of media freedom in 17 local BiH communities that reveals the real-life, everyday struggles that journalist and reporters face in their efforts to produce unbiased, objective, and relevant content.
June 30th, 2018