According to data collected from 2006 to 2015 by the Cantonal Ministry of Internal Affairs, there were 15,813 recorded cases of domestic violence in FBiH, of which only 8,007 cases were reported.

According to annual statistics collected by the Gender Center, which operates under the auspices of the Government of FBiH, the victims of domestic violence are, in most cases, women, while in as many as 97 percent of cases the perpetrators are men. The Center could not provide the statistics for 2017 as the local and cantonal institutions have not yet finalized their reports

Of the total number of municipal court convictions, which ranges from 300 to 400 cases between 2010 to 2016, the most frequent form of punishment for the perpetrators in 70 to 80 percent of the cases was conditional sentencing, which opens up the possibility for repeat offenses.

In 2016 alone, there was a total of 644 protective measures determined by the courts for the victims, while the number of protective order requests was 532, however. In the end, only 235 people were protected. Restraining orders are the most common form of protection, as well as the prohibition of harassment and stalking by the perpetrator.

Safe houses are another form of protection for the victims of domestic violence. Victims can stay in these houses for free, however, they need a recommendation from the Center for Social Work and from the police. There are six safe houses in FBiH, but due to government negligence, they often experience periods of closure. In addition, safe houses are only available in major cities and are operating under the umbrella of NGOs. There is one safe house in Sarajevo, Zenica, Tuzla, Bihać, and two in Mostar.

With the help of the organizations that are managing the safe houses, the Gender Center launched an SOS phone number – 1265. This number is said to be the fastest way of responding and offering help to victims of domestic violence. The number of calls to the SOS line has seen a decrease from 2009 to 2016, with 2,978 calls in 2009 and only 654 calls in 2016. 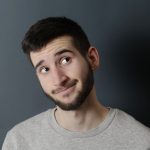 Human Rights Watch: Telling the Story to Make a Difference