Every year more than 8,600 people in Bosnia and Herzegovina (BiH) die from tobacco-induced diseases. According to the U.S. Department of Health and Human Services, tobacco consumption contributes to a number of health-related diseases such as cancer, respiratory problems, and cardiovascular diseases, and evidence shows that there is also a causal relationship between second-hand smoking and cardiovascular diseases. Tobacco’s death toll continues to rise in BiH, while the tobacco industry remains insulated and the tobacco epidemic rages on with more than 2,000 children (ages 10-14) and 1,053,000 adults (ages 15+) using tobacco on a daily basis (The Tobacco Atlas, 2019).

The World Bank Group published a report in February 2019 titled “Time to Quit: The Tobacco Tax Increase and Household Welfare in Bosnia and Herzegovina”. The study, which was recently presented in Sarajevo, is part of a set of assessments that the World Bank has conducted in countries across the world. What makes this study unique, is that it is the first of its kind to be conducted in BiH. The economists that contributed to the study are hoping that the empirical evidence gathered will shed new light on BiH’s tobacco problem and inform the policy discussions on its tobacco consumption and excise taxes.

According to the World Bank’s senior economist, Alan Fuchs, the aim of the study was to assess the distributional effects of increasing the price of tobacco in BiH. This was done by examining the impact of three indicators: (1) the increase in the price of tobacco through tax increases, (2) the reduction in medical expenses, and (3) the increase in revenues due to the prolonged years of employment as a result of the higher life expectancy. In order to evaluate the relative impact of these indicators, the paper estimates the price elasticity of tobacco across different income groups and calculates the welfare gains in each group. The study concludes that more than 60% of the population will benefit from subsequent increases in the price of cigarettes.

In a nutshell, tax increases would raise the price of tobacco, leading to an overall reduction in its consumption, which would reduce the adverse effects of smoking in the long term. Interestingly, the study also reveals that the benefits for lower-income households are accentuated, as these households are more likely to react to price increases by cutting back on their consumption of tobacco.

The impacts of tobacco consumption extend beyond just health-related diseases, and issues such as the vast economic costs of smoking in BiH cannot be overlooked. The negative consequences on human capital development include an increased economic burden that results as a loss of labor productivity, lower earnings due to early mortality and morbidity, and an increase in the cost of healthcare expenditures, which currently total around 891 million convertible marks annually. Estimates suggest that the total economic costs attributable to smoking constitute 3.4 percent of BiH’s GDP (World Bank, 2019).

Reducing tobacco consumption in BiH has become a priority for the World Health Organization (WHO), not only because of the high health care costs but also because adjusting current excise tax policies is a necessity for the country’s accession to the European Union (EU). The continued harmonization of excise policy in line with EU standards is required by every prospective member to the EU, and BiH is currently only halfway to reaching the minimum EU excise duty on tobacco. However, the constant and regular increase in excise duties has resulted in consistent price increases on tobacco products, which, according to the  WHO Report on the Global Tobacco Epidemic (2017), has led to a significant decrease in cigarette smoking among both genders.

According to another report by the Global Youth Tobacco Survey, the prevalence of cigarette use among youth (ages 13-15) has also declined from 14.3% in 2008 to 12.7% in 2013. Another benefit of the excise taxes is that it results in higher government revenues, which may then be used to lower taxes elsewhere or for financing the necessary prevention and control of cigarette-related diseases.

One of the primary goals of the WHO is to reduce the consumption of tobacco by promoting the implementation of MPOWER control policies, which include tobacco monitoring, smoke-free policies, smoking cessation support programs, the provision of health advice and deterrents as well as taxation policies. Among these policies, tobacco taxation is considered one of the most efficient measures to reduce tobacco consumption (World Bank, 1999).

However, the World Bank’s Country Manager for BiH, Emmanuel Salinas, recognizes that taxation of tobacco is only part of the answer and that other solutions also need to be considered. The effectiveness of tobacco taxation additionally depends on how the tax increases impact the final price paid by consumers. The report concludes that an integrative approach to anti-tobacco policies that combine taxation and behavioral change policies is needed to yield positive social returns.

To sign the pledge of support for a smoke-free environment in BiH visit www.klimabezdima.com. 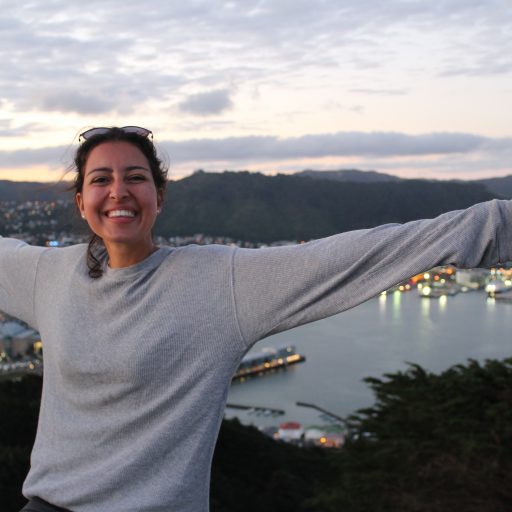 Originally from Greece, Paraskevi has lived in Austria and studied in the UK, where she graduated from the University of Edinburgh with a degree in Politics. Her interests focus on the areas of conflict prevention, peace, development and the role of media in shaping political discourse by challenging traditional narratives. Her undergraduate thesis explored peace and war journalism frames in the coverage of the U.S. – North Korean nuclear crisis.

The fuzzy, metal-infused guitars and punk rock attitude of Mitrovica Rock School alumni, Proximity Mine, stand for much more than just youthful attitude and rebellion. Hailing from Mitrovica, the new band joins the ranks of a long line of influential rock musicians from Kosovo’s “Rock City”.
November 15th, 2017