The US Foreign Service is structured to provide its officers with a big picture view. Over the course of a 25+ year State Department Career, Acting Deputy Chief of Mission Thomas Mesa has served in countries as diverse as Paraguay, Romania, Pakistan and now, Bosnia-Herzegovina. The diversity of his CV equips him to tease out similarities between situations, whilst remaining mindful of each country’s unique dynamics.

Now on his third year in Sarajevo, Acting DCM Mesa aptly applies that perspective to Bosnia. Despite local hand wringing over the institutional constraints imposed by the Dayton Constitution, Mesa does not see it as inherently problematic in an institutional sense. Dayton not only brought order to an unstable situation, but “what many leaders forget is that it lays out the civil rights that pertain to all citizens, including peaceful assembly and freedom of expression.” The United States’ primary goal in Bosnia is to assist the nation in moving towards NATO and EU membership – the Dayton Constitution, Mesa says, is not, in and of itself, an obstacle to that vision.

Anyone following recent developments in Sarajevo and Banja Luka is likely to answer Mesa’s questions in the negative. But, Mesa notes, Bosnian political parties behave much like their counterparts all over the world: they espouse their own views, they maneuver to political advantage. What is lacking is a strong system of what Mesa calls democratic infrastructure linking political leaders and citizens.

Traditionally, civil society organizations serve to link the two. Listening to Mesa, one encounters a dose of optimism concerning the state of civil society in Bosnia, particularly at the local level. The US Embassy’s small grants program has provided Mesa and his staff with a high level of exposure to the work of the NGO community. “They may not be big,” he notes. “They may not be well known, they’re not on the world map of civil society organizations but you do have a lot of NGOs that are carrying out a lot of good work and being effective.” If the accountability and responsiveness that is increasingly found on the local level can be replicated within higher levels of government, Bosnia’s deficit of democratic infrastructure might yet be rectified.

What then, is the prognosis for Bosnia & Herzegovina? While US objectives in Bosnia – movement towards NATO and EU membership – remain unchanged, the Embassy and State Department leadership engage in a constant process of reevaluating their approach to the country. The economy is a top concern – namely, getting politics out of business. So too is engagement with European Union and regional partners who can guide Bosnia in undertaking reforms that will bring it into alignment with EU membership requirements. But at the end of the day, whether or not Bosnia moves in that direction depends on Bosnia’s leaders. The system, Mesa insists, is not necessarily broken. It falls to individuals – both leaders and citizens – to find consensus and embark on the path forward. 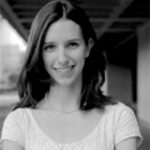 Jess Kuntz is a former intern of the Post-Conflict Research Center. A native of Pittsburgh, Pennsylvania, Jess completed her undergraduate work at Georgetown University’s School of Foreign Service and pursed a Masters degree in International and Public Affairs at the University of Pittsburgh.

Ferhadija Mosque Reopening: A test of tolerance in a divided city

Twenty-three years to the day since it was demolished by Serbian nationalists as part of an ethnic cleansing campaign, Banja Luka’s grand mosque, Ferhadija, was reopened on 7 May. Despite continuing tensions between the Serbian and Bosniak population of Banja Luka, the ceremony passed off without incident and marked an important date in the city’s troubled history.
May 24th, 2016

The Siege: Survival of a Besieged City

In the early ‘90s, no one believed that war would hit Sarajevo or that the Yugoslav National Army could turn into an enemy of the city’s people. For centuries, Sarajevo had been a multicultural city with its mosques, synagogues, and Catholic and Orthodox churches.
April 5th, 2018