It is with an infinite sadness that I write these lines. Today, my country is mourning the death of twelve people, killed in a gruesome attack in Paris involving the satirical journal Charlie Hebdo. France lost 2 policemen and ten journalists. Among the victims were 4 of our most talented cartoonists: Cabu, Charb, Tignous and Wolinski. Today, this it is not just a journal that has been attacked, but symbols as well; symbols of freedom of speech and the French irreverence.

It was 11:20 am in Paris on January 7, 2015 when the editorial team of the satirical newspaper, Charlie Hebdo, was attacked during its weekly editorial meeting. Already subjected to threats because of its harsh humor, Charlie Hebdo was under police protection since 2011 and the publication of an edition entitled Charia Hebdo. The night before the publication, a firebomb destroyed the newspaper’s office without any casualties. This time, it seems three armed men, claiming to avenge the Prophet Muhammad, have attacked the satiric journal, killing twelve people. As I am writing, the events remain unclear and the killers are still on the run.

Despite the haziness, theories are amuck across social media platforms. Conspiracies arise from a paranoia, as a disinhibited racism emerges from the tragedy. My newsfeed suffocates from hashtags, such as “#gobackhome” and “#yougotwhatyoudeserve.” A loud minority is fighting online — pro-terrorist versus blind nationalists — and amplified by a media craving sensationalism. At the same time, some scavenging politicians retrieve the crumbs of the massacre, fueling hatred with the 2017 presidential election in view — a rather classic pattern after such terrible events.

But this France is not mine.

My France is the one standing in the street tonight, showing respect to the victims and their families, peacefully fighting for our freedoms and values. As our President declared: “freedom will always be stronger than barbarism… The gathering of all, in all its forms, is what should be our response… Our best weapon is our unity. Nothing can make us bend.” Never again should the thundering sounds of gunfire be a response to pencils. Our duty is to honor those who gave their lives for irreverence by continuing to criticize and laugh about everything. Freedom of speech and freedom of press are core values of democracy and this day will remain as a bitter reminder of its price.

Today, we are all Charlie. 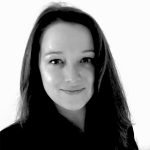 Dear Bosnia: The Roma’s Struggle for Survival in a Post-war Society

Would you risk your life in order to earn four BAM (two Euros)? Many Roma individuals do so on a daily basis. This perilous practice is but one indication of the multi-dimensional poverty facing the largest minority group of Bosnia and Herzegovina (BiH). This photo story illuminates the daily adversities of the Roma population.
June 9th, 2017

Due to the deep-rooted patriarchal structure of society in Bosnia and Herzegovina, domestic violence is often perceived as a corrective measure of the strong over the weak, which must not go beyond the four wall boundaries of the home.
November 5th, 2021