Seven years after the country’s declaration of independence, decades after the struggle against Serbian hegemony reached its zenith, Kosovo is left with little to celebrate. Pristina, a city which should have been filled with people commemorating the day’s significance, saw instead the familiar scene of mass exodus by Kosovar citizens (most of whom are ethnic Albanians) to Western Europe that has been the year’s refrain. Albanians are the major ethnic group in Kosovo—they comprise 92% of the popul

ation, while the remaining 8% is made up of Bosniaks, Serbs, Turks, Ashkali, Egyptians, Roma, and Gorani. People crowded at the bus station hoping to board a bus to Belgrade, where they can continue the arduous journey through neighboring Hungary into Germany or Switzerland, aided by human smugglers and traffickers. Estimates vary wildly and anywhere from 25,000 all the way to 100,000 have been reported to have emigrated since last fall.

Why are all these people desperate to flee the country that only years ago they ached to see free?

Part of the answer can be found in streets of Pristina, Gjakova, Peja and throughout the nation, where mingled with the footsteps of the emigrants echo sounds of recent protests. Earlier this year, thousands of protesters, led by Lëvizja Vetëvendosje (Movement for Self-determination) and other groups have taken the streets to demand justice and accountability from the government. At the center of many of these demonstrations was Aleksander Jablanovic, a minister representing the Serbian minority, whose blatant racism and dismissal of Serbian war crimes roused the discontent of a people tired of being controlled and put down by Belgrade.

At the start of this year, Vetëvendosje and other groups (including a group of mothers of victims in the Kosovo War) organized an action to protest the annual pilgrimage of Serbs traveling to celebrate the Orthodox Christmas liturgy in Gjakova. Tensions were especially high since it was known that suspected war criminals were attempting to make the journey. Shortly after this episode, Jablanovic was quoted in the media calling the protesters epithets like “beasts” and “savages,” loaded words especially when considering its targets in this context: mothers of those killed precisely because they were deemed ethnically inferior, whose dehumanization by similar rhetoric made their deaths justifiable. Even in his attempted apology, which came after various protests against him, Jablanovic continued to mock those offended by claiming he was sorry, but he did not know any murders had occurred in Gjakova.

The protests that were sparked by his comments spread from Gjakova to the whole country and people rallied not only to demand Jablanovic’s sacking (which did come earlier this month), but to make their discontent known about the sad state of affairs in the country. A major demand concerned plans to privatize the Trepça mines. Though the mines are an invaluable natural and economic resource for Kosovo, pressures from the Serbian government have sought to crush attempts at nationalization, signaling an intense support for privatization. Thanks to the public outcry, those plans are currently halted, but the fate of Trepça remains unclear.

In some ways, the valuable but neglected mines represent the wasted opportunities and resources in Kosovo. Unemployment rates are at a staggering high— over 40% of the population is out of work, with rates for youth as high as 56%—leading to 30% of the country living under poverty. There is also little progress in education. Though the number of universities has steadily increased, they possess little expertise and offer no haven for learning or the fostering of independent thought. Social services are lacking as well, with public health being a real concern. As the country sinks deeper into this depression, those ostensibly tasked with protecting the interest of the people continue partaking in shameless and total corruption. Just last fall, the UN rule of law mission in Kosovo (EULEX) faced serious accusations of bribery and misuse of taxpayers’ money—once again proving its inefficiency. Meanwhile, Kosovo’s own fraudulent officials continue being the biggest obstacle to economic prosperity.

It is fitting that the most visible sign of the seventh year anniversary of independence was seen in Pristina’s NEWBORN monument, erected as a symbol of Kosovo’s status as Europe’s newest country. The letter “E” was painted over in black: “E” which stands for exodus, exile, emigration, economy, EULEX, EU and for a country mourning its fate.

How painful it is for Kosovo that the commemoration of independence has taken this shape—its people fleeing in masses, the same imagery seen during the genocidal war resurfacing in the media, its youth languishing without hope, its mothers insulted in their grieving, its resources squandered by mobsters disguised as government officials and corrupt Western agencies. When the people rise up to say enough to all this, they are dismissed as troublemakers, violent agitators, and radicals. Yet, hope does exist. It lies with the people taking to the streets week after week, demanding to be heard, working against the highest odds to make the vision of a truly independent Kosovo a reality one day.

This article was originally published at Warscapes, an independent online magazine that provides a lens into current conflicts across the world. Genta Nishku is an Editorial Assistant at Warscapes magazine. She works at Make the Road New York, a community-based organization working to advance social justice in New York City. She grew up in Tirana, Albania and holds a BA in Classical Studies and English literature from Hunter College. 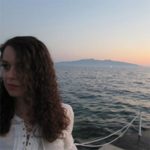 Genta Nishku is an Editorial Assistant at Warscapes magazine. She works at Make the Road New York, a community-based organization working to advance social justice in New York City. She grew up in Tirana, Albania and holds a BA in Classical Studies and English literature from Hunter College.

The ecological situation in the Vareš Municipality is unsatisfactory, because, even after the cleanups are organized, people go back to their old habits of littering on the now clean locations.
August 8th, 2016

Reasons for a Glass of Alcohol

Sara Velaga speaks with young people in Jajce to explore when and why they first tried alcohol.
June 25th, 2015