In November 2015, a group of national and international experts gathered to discuss the problems that continue to surround the implementation of the Dayton Peace Accords. Natalija Krstova reports.

On 26 November 2015, in Hotel Bristol, Sarajevo, a conference on the topic of the Dayton Peace Agreement (DPA), facing the 20 year mark from its signing was held. Organized by the Friedrich Naumann Foundation, “Critical Evaluation of Dayton’s Peace-Making Potential, Democracy and State-building Capacity” was the discussion that gathered eminent national and international experts on the subject, who pointed out and carefully analyzed the problems that the implementation of the DPA is experiencing, now more than ever before. The panelists presented a variety of titles and discussed the obstacles imposed on and by Dayton in the two decades of its existence.

Keynote speaker Soeren Keil from the Canterbury Christ Church University in Kent broke down the institutional and core framework provided by DPA and pointed out its strengths and weaknesses:

“The post war institutional system is complex at best and crazy at worst. This institutional provision provides both inclusion and exclusion at the same time. It provides inclusion by focusing on human rights, by promoting power sharing between different groups, but it promotes exclusion by ensuring only certain groups are represented, by making sure that the parties in power are the key decision makers, and that accountability is literally non-existent.”

Exposing the most pressing issues that Bosnia-Herzegovina encounters on a daily basis, and fiercely criticizing the abuse of political power, Dr. Keil adds: “It seems to me that the current system works for Bosnian elites. It works for them in two ways: first, it provides them with institutional architecture which they can really protect their interest. Not the interest necessarily for the group, but their own interests. Second, it gives them control over certain territories, and everything that comes along with it.”

Identifying the political elites as a major hindrance from the complete implementation of Dayton, Adnan Huskič of the Friedrich Neumman foundation explains a key roadblock to prosperity in Bosnia’s future, in the fulfillment of their private interests over the development of a sustainable democratic society. Furthermore, Huskič offers specific solutions that focus on accountability, working in the interest of the state in lieu of individuals running it.

“Primary social actors in Bosnia are the political parties who assume responsibility of regulating every segment of the democratic state and society. However, when looking at the issue of low electoral participation, it seems like the young generations look at the democratic processes in Bosnia through a very negative prism, expressing little confidence in the political parties. The public impression is that all of the political parties are the same: all are corrupt and incompetent of upholding and acting on the betterment of state and society. The political elites, whom this perception is connected to, do not make even the slightest effort to deny this; the worst part of it.”

Huskič believes a policy that will make voting obligatory may catalyze (even under apparent threat of sanctions) the politically dormant voting body, which consists of a staggering 50%, and thus significantly change Bosnia’s political landscape.

Regarding the subject of political lethargy and the perception of the inert situation, Dr. Senada Šabič Šelo, from the Institute of Development and International Relations in Zagreb palpates the problem in “the lack of true passion and will for a change”, while adding, “the view on the future is mainly based on the past. We want to re-create the past. But the past system is gone, it will not happen. And that is why we are always in a circle of old stories and narratives.”

Giving the benefit of the doubt to the upcoming generations in Bosnia that could be the pillars of a true reform that the country so desperately needs, Šelo invokes the voice of the young generation: “When you go to different parts of Bosnia, you always encounter people that think progressive, but they are lonely individuals within their small communities in which they feel like a minority. Because of these reasons they lack the courage, strength or simply the will to sacrifice themselves for the ‘the greater good’. In this context, is unifying and the empowering the voice of young people in Bosnia possible?”

Analyzing details in the post-Dayton era and the outbursts of solidarity among its ethnically divided communities in the floods in May last year and as well in the protests of 2014, political scientist Asim Mujkič envisions a glimpse of hope for the inter-ethnical relations of the state. Although in waves, not a steady stream of discontent that will provoke the changes, Mujkič believes that the civic problems have yet to be resolved, and have a tendency to come back, regardless of the form in which they appear. The solution to the seemingly unresolvable stagnant situation, according to Mujkič is “to attempt to develop different solidarity networks; democratic alliances, that would be strong enough to challenge the dominant power of ethno-oligarchy.”

The critique and the call for challenging the political elites and the ethno-oligarchic ruling of territories, as well as the suggested solutions to the massive problems caused by the abuse of the Dayton Accord, were the main treads of the Conference’s narrative. The depicted solutions were within the implementing frames of DPA, albeit viewed with a critical eye and scrutiny. Nevertheless, remaining inside Dayton instead of outside its given framework, solutions not only make the progress for Bosnia seem plausible, but at the reach of our fingertips.

Neven Andjelić from the Regent’s University London elaborated the subject of ethnic groupings in Bosnia and pointed out the effects and consequences that the territorial division of the state experienced since Dayton. He emphasized the nuances that form the culture and history after Dayton vary in Bosnia, depending on which ethnic group is the majority. Andjelić argued that these strong differences in cultural and historical differences, are due to the lack of a titular nation in Bosnia, which feeds the fear of constituent nations becoming a minority in a strongly diverse and multicultural society.

In reference to the first multi-party elections in Bosnia, he explained, “One of the first things after the nationalist victory, when taking the oath, newly elected members of the parliament coming from the Croatian party HDZ insisted on double printing the text of the oath. Printing was already in what was distinguished as a Bosnian and Serbian language that at the time were printed the same. In the Croatian language there was one difference; not in one sentence, not in one word, but in one letter. Ironically this difference was in spelling democracy (demokratija/demokracija), just to prove that they are not a minority. The fear of becoming minority was there from the very beginning. Violence during the war exacerbated that fear, of three ethno-political territories being created, where the dictatorship of the majority is noticeable more than anywhere else in Central and Eastern Europe.”

Andjelić made a comparative analysis to the case of the dissolution of Yugoslavia and USSR as the only two post-communist states which were dissolved in a similar manner (both with violent incidents, in Yugoslavia’s case a civil war) and offered a solution that might change the political landscape as we know it in Bosnia, and enforce much prolonged progress for the country. Andjelić added, “In Russia there is a ban in ethnic political organizing. The European Court of Human Rights heard the case and actually upheld this ban. Perhaps the ban of ethnic political organizing might provide change significantly for Bosnia.”

Even with the suggested solutions within Dayton, if progressive ideas are left out floating in the air just on conferences and other occasional intellectual gatherings, changes are far from happening. The agreement remains a peace-in-a-box solution without an expiration date. Dayton has turned 20 years, and instead of bringing a nation together, it has been abused as a tool of political and ethnic division by the powerful party elites. While in service to the elitist ethno-oligarchy, DPA maintains the usual suspect for citizens’ misery in their eyes, regardless of whether they are Bosniaks, Serbs, Croats or others—minorities that remain without recognition, symbolic of the fear and struggle for democratic change. 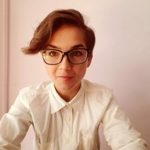 Natalija Krstova is a former intern at the Post-Conflict Research Center in Sarajevo.

Srebrenica Youth Summer School 2020/21: Even Peace Has its Victories

In 2020, the Post-Conflict Research Center (PCRC) and the Srebrenica Memorial Center began organizing a summer school for young people in Srebrenica. The first one, entitled ‘Dealing with the past to rethink the future’, was held in the period from July 8 to 13, 2020, while the second, called ‘Truth. Justice. Prevention.’, lasted from July 6 to 13, 2021.
April 22nd, 2022