The ecological situation in the Vareš Municipality is unsatisfactory, because, even after the cleanups are organized, people go back to their old habits of littering on the now clean locations.

The ecological situation in the Vareš Municipality is unsatisfactory, because, even after the cleanups are organized, people go back to their old habits of littering on the now clean locations.

When it comes to ecology, Boško Andrić, the senior project adviser of the Vareš Municipality explains that legal issues exist, in addition to the general cultural issues that are present among citizens. In addition, Vareš is facing the problem of a city landfill.

“The open city landfill is the biggest problem. There used to be one in Breza but it’s no longer used. Open landfills are just like illegal dumps. People can come, pick through the trash, and birds and animals pick it apart. Natural processes occur; plant and animal waste is created, which later rots and evaporates,” says Andrić.

According to Andrić, covering and cleaning up the existing landfill is mentioned in the Waste Management Plan, as is taking the land from the local steel plant to create a new landfill. The problem is money.

Andrić explains that a plan was made to first separate and sort waste of which a portion is to be recycled, while the rest is to be taken to the landfill. “That is what the entire world is striving to do,” he adds.

He says that last year Vareš got 15-20 dumpsters and a garbage truck for the collection of municipal waste.

Andrić explains that the remediation of the landfill requires millions in assets and resources, but the ministry is only offering a maximum of 50,000 BAM.

“Most of the work has been carried out at the Veovača Lake, near the location of the former mine, Energoinvest. A project conducted by Japanese development agencies examined the contaminants contained within the lake, by testing its silt. This project revealed an environmental black spot in Veovača, meaning that the silt contained toxic substances. If the lake floods, these substances could cover Breza and the entire basin of the Bosna River,” Andrić states.

Emina Sarajlić, a member of the Vareš Scouts and a volunteer for the “Narko Ne” Association (“No to Narcotics”), says that young people are neither extremely careful nor completely negligent.

“In town, we often see people throwing small pieces of trash on the streets. However, I have yet to see a group of people who have spent the day outdoors, in nature, and haven’t cleaned up after themselves, especially when they know that waste collectors aren’t servicing a particular area. I think those responsible for our environmental problems are careless individuals who, regardless of age, are unfortunately not so uncommon,” she adds. Sarajlić also points out that there is a river that flows through the middle of town that mixes directly with sewage.

Garbage is regularly removed from the streets, but, until the waste collectors arrive, piles of trash often accumulate. Additionally, not every part of the city has trashcans as they were destroyed and, unfortunately, never replaced. Trash is often disposed of in the woods, which is the saddest part of all since Vareš possesses beautiful natural resources that the rest of the world could only dream of.

One of the founders of the Vareš scout unit “Zvijezda” (“Star”), Bozidarka Dodik, says it’s unbelievable how many dumps exist around Vareš that citizens don’t even know about.

“For two consecutive springs now, we’ve been doing a city cleanup called ‘Vareš Scouts for their Town’. Both times we’ve invited the public to join us, but very few individuals have participated. Those who did were mostly the parents and friends of our members,” says Dodik.

In 2012, Dodik, in collaboration with several other citizens from Vareš, organized the ‘Let’s Do It’ campaign to clean up the town.

“We had no financial support when we started, but we collected donations from citizens of Vareš living both here and abroad so that we could buy gloves, trash bags, sandwiches and drinks for the participants. On the day of the cleanup, we carried out a series of synchronized actions in various locations around the municipality – wherever the locals showed an interest. The turnout was relatively good – around 500-600 people participated,” she notes.

Dodik says that such initiatives can be repeated, and the results achieved by this group of enthusiasts confirm this.

“It is sad that people just continued to litter in some of the locations that we’ve cleaned up, and that partially answers the question of environmental awareness,” says Dodik.

Ružić also points out that young people do not think about the next generation, the pollution of the city, or the decline in the quality of our drinking water. She adds that maybe it is a blessing in disguise that Vareš no longer has any factories, which would further pollute the air and the environment. 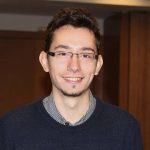 Zlatan Likić is a Balkan Diskurs trained correspondent from Vareš. He is a student at the Faculty of Philosophy in Sarajevo. Zlatan is interested in activism in the field of human rights, especially the rights of minorities.

Don’t Stand in My Way: Improving Issues of Inaccessibility for BiH’s Disabled

In Bosnian society, persons with disabilities are not recognized as equals and are often treated with pity or fear.
March 18th, 2019