In the small town of Ilijaš just north of Sarajevo, a Roma family wearily explains the severe hunger they face after they have been persistently turned away from the local soup kitchen.

“My children and I have nowhere to go and the municipality won’t even let us use the soup kitchen. ” – Husnije Iljazi –

In the small town of Ilijaš just north of Sarajevo, a Roma family wearily explains the severe hunger they face after they have been persistently turned away from the local soup kitchen.

Living without consistent meals is a fact of life for the Sadiki family, a circumstance evidenced by the faded packages of snack food that lie empty in their yard. In addition to the hunger they must face, they have now also been evicted from the residence that they’ve called home for over a decade. The family’s only option was to move across the street into a dilapidated building without water, heat, electricity, doors, or even windows. The children have been forced to beg in the streets and, due to their lifestyle, experience a higher risk of becoming victims of human trafficking.

Shortly after hearing of the family’s plight, Balkan Diskurs paid a visit to the Sadiki family at their former residence in Ilijaš, a town 20 minutes north of Bosnia and Herzegovina’s capital city of Sarajevo. Upon arrival, their current conditions were made painfully clear.

A lone, dirty spigot provides this family of six with their only available resource and means of survival: water drawn from a hand-dug well. Trains pass nearby, making the ground shake while drowning out Husnije Iljazi’s voice as the mother of four explains how none of her children have ever attended school. From the scent, it is apparent that many weeks have passed since the children were able to bathe or change their clothes. Despite the biting cold, the children walk around without shoes or jackets. Neighbors passing by look upon the scene with contempt and skepticism, treatment to which the family has become accustomed.

Their lives are in a state of chaos, a stark contrast to the beautifully kept, brown leather case that holds their official documents consisting of passports, ID cards, and birth certificates. In palpable distress, 57-year-old grandmother Nevrije Sadiki explains the content of the papers through her tears. In their perpetual visits to the municipality-run soup kitchen, the family is turned away on the grounds that they do not possess the official documentation to support their eligibility to access the food program or to secure public housing. They need documents that prove they are BiH citizens and residents of the municipality, which, given their exclusion from mainstream political and social life, is no easy feat.

This refusal comes despite the fact that three of Husnije’s children were born in Bosnia and Herzegovina and their late father was a BiH citizen. Thus, they are legally considered citizens. Regardless of their citizenship, the State is obligated under international law to ensure equal enjoyment of human rights to all individuals within its territory. In addition, the soup kitchen’s status as a government-funded program means that it must supply food to all eligible individuals regardless of their race, ethnicity, language, religion, and national or social origin.

Centar za socijalni rad (Center for Social Welfare) is the local government-sanctioned organization responsible for assisting the family to secure their needed, and all-but-guaranteed, credentials, but they have thus far not met their obligations to the family.

The family’s ethnicity is believed to be a factor for discrimination, especially in light of the systematic exclusion of Roma people throughout Bosnian society. Furthermore, the socially benevolent soup kitchen’s refusal to feed four young children is, at the very least, ironic and is at odds with their legal obligation to provide for this family in need.

This particular family’s situation is symptomatic of a much larger problem occurring throughout Bosnia and Herzegovina and the Balkans region: the denial of access to social services on the grounds of what appears to be ethnic reasons.

Balkan Diskurs is currently working with the relevant authorities in an effort to help the Sadiki family secure access to food and housing.

If you would like to help the Sadiki family, please contact the following entities through phone calls, letters, and emails requesting them to provide immediate access to their services for the Sadiki family:

Please also mention the matters of this issue on your relevant communication platforms, including social media.

*Cover Photo: Husnije Iljazi’s son Berin stands in the doorway of the dilapidated building in which his family currently resides. (Photo: Myles Wallingford) 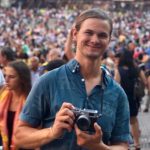 Myles is an associate editor for Balkan Diskurs and a program manager for the Post-Conflict Research Center. He has spent many years working in the field of social enterprise, human rights and animal advocacy, and local governance. He holds a degree in political science and journalism with an emphasis in international media.

Between Dayton and the EU: The Road Ahead through the Eyes of Young European Ambassadors

On March 1, 2021, the 11th meeting of the Stabilisation and Association Council between the EU and Albania took place. This was the first SA Council meeting since their decision to open accession negotiations for Albania in March 2020. While North Macedonia, Albania, Serbia and Montenegro are in the process of integrating EU legislation into national law, Bosnia Herzegovina and Kosovo still lag behind as potential candidates.
March 18th, 2021

Next Generation Democracy and Interfaith Dialogue: Response to Violent Extremism

At the Bosniak Institute in Sarajevo, a panel of experts discussed the role of interfaith dialogue in addressing violent religious extremism. By Angelika Hoerner, Tasha Fell, and Marko Kljajić
April 25th, 2016