Youth United in Peace is a network that gathers young peacemakers from Serbia, Croatia, and Bosnia and Herzegovina. Each year, the network organizes a series of activities with peace as the central focus.

Youth United in Peace is a network that gathers young peacemakers from Serbia, Croatia, and Bosnia and Herzegovina. Each year, the network organizes a series of activities with peace as the central focus, including a 12-day seaside peace camp in Baško Polje, which gathers Balkan youth from Sombor, Vukovar, Srebrenica, Tuzla, Gornji Vakuf –Uskoplje, and, as of 2017, Jajce.

The idea for the project, which has been supported by the Committee for Fundamental Rights and Democracy based in Cologne, Germany since 1994, originated during the 1990s wars in the Balkans. At that time, activists from the Committee collected humanitarian aid and organized various actions, visits, and peace rallies. Some of the Committee representatives came to war-stricken areas in the Balkans more than 100 times because they wanted to help and maintain contact among people.

Disturbed by the conditions under which children were living at that time, they came up with the idea to start the “Vacation From War” program. The program aimed to give children residing in war-torn areas an opportunity to have a safe vacation, a roof over their heads, regular meals, and a chance to socialize. The program also sought to help participants overcome prejudices towards war enemies and to learn about peace, all while by the sea and isolated from their difficult realities.

The first camps were organized in Živogošće, Croatia and by the second year, over 1,000 young people had already participated in the program. After those first activities and achieved results, it was clear that such a story was destined for success. The Vacation From War program expanded each year to include new cities and offer new programs and workshops, gathering young people from the area who wanted to live peacefully and who were ready to spread despite their current situations.

Over time, the program’s name changed to “Vacation From War – Peacebuilding” to encompass new goals. In addition to the seaside campsites, 7-day camps were organized in the cities from which participants were coming. These “land” camps provided an opportunity to reunite participants from the seaside camps. Weekend visits between cities were also organized, during which the participants could bring their friends from other countries to their homes where they have a chance to get to know each other better as well as to provide the guests with an opportunity to learn about the culture, traditions, customs, and lifestyles of their hosts. To date, over 22,000 regional youth have participated in the program. Some of them have even remained actively involved in the project and are working on its further development.

The project has recently undergone another positive change. In a joint initiative by the Sara-Srebrenica Association, the UHD Friends Association Tuzla, the Youth Center Gornji Vakuf – Uskoplje, Activators Sombor, and the European Home Vukovar, a network called Youth United in Peace (YUP) was formed.

In 2016, this new network received an award from the “Krunoslav Sukić” Center for Peace, Non-violence, and Human Rights Osijek. The award is given to recognize longstanding work in connecting regional youth and contributing to the building of peaceful, cooperative, and friendly relations among them.

It’s difficult to describe in words the story of these camps. Many participants have met people from another nation or religion for the first time. Most of them carry fear and prejudice with them, but after the first few workshops and getting to know each other, that fear disappears and is replaced by positive, youthful energy, permeated by love and laughter.

The camps’ programs are designed so that after participants get to know one another, they are “thrown into the fire” of dealing with the past. Learning through informal activities and dealing with the past as it really is are the only ways to overcome learned and imposed prejudice. One of the hardest and most emotional activities held each year during the seaside camps is the war photography workshop, during which the work of war photographer Ron Haviv is displayed. For years, Haviv would call in via Skype and talk to the participants, but in 2017, he came to Baško Polje to visit the participants, at which time he did some filming for his new documentary.

The program’s participants and organizers can best explain their experiences as part of the YUP network. Tijana Topić is an organizer from Sombor, who, as she puts it, grew up in this project:

“You could say that I grew up with this peace story. I first participated back in 2005 when I was just 14 years old, and I have been involved in the project in some way every year since. My mom was an organizer, but I didn’t have a clear plan or the ambition to be a leader myself one day. It just came down to the simple fact that the peace project and the people involved suited me very well. I felt a special connection to the people I met there. We understood each other perfectly and grew to love one another very much.”

Just one of these trips is enough for this story to get under your skin. Everyone who showed interest in how the story of this project progresses has had an opportunity to get directly involved.

Tijana described her journey from participant to organizer: “As I got older, the idea of the project changed from something big and inaccessible in my mind to something close and simple, which is now the way I live and think.”

“This journey was completely spontaneous and unexpected on my end. I had never purposefully worked towards being an assistant or organizer, but it seems that others have recognized my potential for the role.”

When you hear the phrase “seaside camp”, the first thoughts that come to your mind are the beach, swimming, and socializing, but in YUP camps those are secondary activities. Aleksandar Kojić from Vukovar, who in 2017 led a group of young people from his city for the first time, confirms that there’s a lot of work being done at the seaside.

“During those 12 days, I tried to “live up to the task” and to best perform the tasks that were entrusted to me, including the organization and implementation of planned camp activities. It’s a special feeling to a leader in this youth summer camp where there’s a prevailing sense of responsibility. Working with the young people hasn’t been stressful, and it often brought with it a lot of positive energy that pushed me forward. All of the activities that take place during those 12 days don’t allow for much relaxation, but there was sufficient time for rest and socializing. I’ve learned a lot of new things from the participants and my colleagues, gained new skills, and am happy that I was part of the summer 2107 team.”

According to Isidora Mihaljčić from Sombor, her experiences at Baško Polje have created beautiful memories that will last a lifetime.

“My experience as part of the YUP network has been truly wonderful, I made a lot of new friends and learned a lot about myself and others during my time at the Baško Polje camp. We really get along and we have our own little empire of friendship, love, and harmony that is invaluable. We’ve realized that borders only exist for the physical division of territory, but there are no borders or customs controls in our hearts. There’s room for everyone there,” said Isadora.

The YUP network continues to grow year after year and the people responsible for its existence keep working to improve and perfect camp activities. They also work to maintain contact among the participants even after the camps are over. That is why YUP continues to organize weekend visits between cities and land camps for its participants. The network additionally organizes senior camps during which former participants and students are given the opportunity to reunite, This year, the network will also be celebrating its 25th anniversary, for which it will organize a special celebration.

Following the 2017 seaside camp in Baško Polje, a camp was organized in Srebrenica for the very first time. 60 young people from three countries spent seven days together and commemorated the victims of the genocide, visiting the Srebrenica-Potočari Memorial Center and the memorial house for the Serb victims, as well as implementing a volunteer action of cleaning the front yard of the Leptir Association of Parents of Handicapped Children and Youth.

Avdo Zec, leader of the participant group from Gornji Vakuf – Uskoplje, said the following about his experience in Srebrenica:

“Srebrenica is a wonderful city. At least that’s how I felt while sitting in a nearby café, listening about how Samir and Vladan are best friends and how Srebrenica politics should just let people live their lives. Now, when I think about it, the phrase “rest in peace” should be dedicated to both the victims and the perpetrators of the crimes. Every victim should be buried with dignity and every perpetrator should take responsibility for the crimes that he committed. And we, the peacemakers… we are for “live in peace”.”

More information about the Youth United in Peace network can be found on their Facebook page: https://www.facebook.com/YouthUnitedinPeace/ 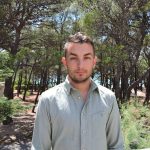