The work of peacebuilding organizations varies widely throughout Bosnia and Herzegovina. Omladinska Organizacija Svitac, based in Brčko District, provides an example of the power of nontraditional peacebuilding efforts; successfully bringing youth of all ethnicities together through the arts.

To an outsider, trying to gain an objective understanding of the history and current political climate of the Western Balkans is a challenging task. The varying narratives and perspectives make it difficult to decipher a clear account of the conflicts from recent history, as well as the political and cultural developments since the end of the violence. Post-conflict and peacebuilding organizations in this region vary widely in their approach to addressing the complex issues that have arisen after the conflicts of the 1990s. However, there is some contention with the term ‘peacebuilding,’ rooted in its vagueness and abstract nature. It is important to look at individual organizations and their working environments as well as how they approach nurturing ‘peace’ to gain a greater insight into what peacebuilding looks like in day-to-day practice.

Broad terms such as ‘peace’ and ‘conflict’ are open to interpretation and definitions of both vary between individuals and groups. However, if we agree that peace is more than the absence of conflict, it bodes the question: What creates sustainable, functional and inclusive societies in a post-conflict setting? Whilst high-level, international peace agreements, such as the Dayton Accords in the case of Bosnia and Herzegovina, may be the first step in creating stability, the elements of sustainability and tolerance undoubtedly need to originate from a local source, supported by the commitment of the community.

Brčko District provides a unique context within which we can examine peacebuilding efforts in Bosnia and Herzegovina (BiH). It holds a special status of operating on a self-governing basis and functions as the only officially recognized multi-ethnic community in BiH. This has resulted in an environment completely different from others in the country; Republika Srpska possesses a majority Serb population while the Federation of Bosnia and Herzegovina is mostly Bosniak and Croat. Brčko has a more diverse demographic with greater institutional integration (e.g. mixed schools). This level of integration tasks peacebuilders with fostering a truly intercultural community, rather than a community that is multicultural and cooperative, yet still segregated.

Facing the challenges that arise due to the diversity of the Brčko district is the focus of Omladinska Organizacija Svitac, a multi-ethnic youth arts and education organization based in Omladinski Center situated in the heart of Brčko. The organization’s aim is to provide a neutral space where youth from all backgrounds can work together in a creative environment. It facilitates daily workshops in the arts, languages, music, and sports and regularly hosts events such as future shorts film festivals, intercultural evenings and dialogue events on issues such as anti-racism and anti-fascism. A recent addition to the work of Svitac is the opening of a research branch, with its first pilot study entitled ‘A study of tolerance.’ The study aims to assess both the levels of tolerance of Svitac participants and to what extent the organization plays a role in shaping attitudes towards cultural diversity.

At the core of Svitac’s work is the belief that creative and artistic expression in a neutral space can play a key role in dismantling intergroup tensions. The potential of the arts to further the peacebuilding process is a factor that has been widely acknowledged and appreciated. Art has a unique duality in its ability to bring people together while also providing an outlet for those who have experienced trauma. This idea is highlighted by Michael Shank and Lisa Schirch in an article discussing strategic arts-based peacebuilding:

“Since the peacebuilding field requires tools that are as diverse and complicated as the human spirit, the arts emerge as a logical ally.”[1]

Svitac displays various elements of neutrality by both having its working space as a local community center and adopting a non-partisan position. Whether it is the geographical location of peace negotiations or the neutrality of mediators, this concept of neutrality is common practice in the literature and professional practice of peacebuilding. Neutrality is fundamental to making all parties feel acknowledged equally with no perception of a power imbalance. Svitac accomplishes this by working in a neutral space with a team of multi-ethnic. local staff and international volunteers.

Perhaps as a result of this exposure to diversity, one common attribute of Svitac participants is their nonchalance about different backgrounds and ethnicities. This may largely be due to the fact that half of Svitac’s team is comprised of international volunteers, who stay from one month up to one year. Regular Svitac participants are comfortable with people of all ages, nationalities, and languages. The chief demographic of Svitac participants are young people between the ages of 3 to 30. Consequently, Svitac’s foremost act of peacebuilding is to bring young people of all nationalities and religions to one place, to share the same materials, work on the same projects, and ultimately build intercultural relationships that exist within, and outside, the center. In most of the workshops run by Svitac, the complex issues that peacebuilding programs aim to address, such as segregation or prejudice, are not faced head-on. Rather, Svitac tackles these issues by facilitating a space where people of all backgrounds can interact and build relationships. This, in and of itself, encourages inclusion and challenges pre-existing stereotypes.

Svitac is just one example of peacebuilding efforts in BiH promoting interculturalism and diversity through the arts. For peacebuilders, it is critical to build a wider and stronger contextual knowledge of other organizations and their approaches in order to develop a better understanding of their relative successes. This includes appreciating that peacebuilding projects will span different disciplines, address different contexts, and take different shapes.

As the world is increasingly faced with an ever-changing myriad of complex conflicts and crises, it is imperative to recognize the positive impact that organizations like Svitac have on their communities. Additionally, an increased focus on understanding and evaluating the work of various peacebuilding initiatives can strengthen efforts to replicate them in and adapt them to different post-conflict contexts. 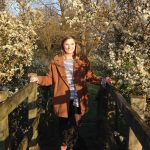 Monica Reeves is originally from Scotland and she did her European Voluntary Service in Bosnia and Herzegovina during 2016. She had a one year placement with Omladinska Organizacija Svitac, a multiethnic youth arts and education organization that aims to bring children and young people of different backgrounds together and tackle intergroup tensions through the arts. She received an undergraduate degree in politics, with a specific focus on peace and conflict. Following her year in BiH, she returned to Scotland to complete her MA in Global Conflict.

The Bosnian war ended 20 years ago, but the eastern town of Višegrad still struggles over its collective history. Local authorities wanted to demolish a house on Pionirska Street, where 70 Muslim civilians were burned alive. Protests put the decision on hold, but a permanent solution has yet to be found.
January 25th, 2016

The film tells the story of how Malian musicians fought back against the Islamic extremists that banned their profession. Over a cup of coffee, Balkan Diskurs correspondent, Heidi Hald Christensen, had the opportunity to find out more about the mind behind the movie.
August 29th, 2016