The film tells the story of how Malian musicians fought back against the Islamic extremists that banned their profession. Over a cup of coffee, Balkan Diskurs correspondent, Heidi Hald Christensen, had the opportunity to find out more about the mind behind the movie.

On the opening day of the 2016 War Art Reporting and Memory (WARM) Festival, Balkan Diskurs attended the screening of Johanna Schwartz’s film: “They Will Have to Kill Us First”. The film tells the story of how Malian musicians fought back against the Islamic extremists that banned their profession. Over a cup of coffee, Balkan Diskurs correspondent, Heidi Hald Christensen, had the opportunity to find out more about the mind behind the movie.

“I’m a filmmaker. A mother. A traveller. That’s about it,” Johanna laughs. Johanna Schwartz finds herself at the WARM Festival in Sarajevo in connection with the screening of her first feature film “They Will Have to Kill Us First”. In 2012, Islamic jihadists took control of northern Mali: cities were shut down, sharia law was instituted and all forms of music were banned. The film documents the struggle of several Malian musicians who are fighting for their right to sing. But the musicians did not give up without a fight.

The film’s protagonists include members of the band Songhoy Blues, singer Fadimata Walet Oumar, aka Disco in a female refugee camp, and singer Khaira Arby planning her comeback concert in Timbuktu. The musicians each have their own opinion about the Malian conflict but all of them emphasize the impossibility of life without music. Khaira puts it especially well when she compares a life without music to a life without oxygen.

For director Johanna Schwartz, this was a necessary story to tell. Johanna explains: “Obviously, it is an incredibly good story. But beyond that, the whole idea of banning music – it just hit so many people in the heart. Imagine waking up tomorrow to a world without music: record stores burned the ground, no radio, no iTunes. This is a story that anyone from anywhere can relate to, and it just hit me – right in the face”.

“They Will Have to Kill Us First” has a strong personal meaning for Johanna. With eyes full of warmth and passion, Johanna begins to talk about the day it all began: “I was on the bus when I saw that one of my friends had posted an article on Facebook: Music had been banned in Mali and Malian musicians were fighting for their right to play music. I began to cry.” Johanna goes on to explain how, for a long time, she had been searching for a story that she felt very passionate about. This was it. With the full support of her husband, she decided to make a film about it.

“This is my first feature. I was making films for many years, but nothing that I made was chosen by me. It was all commissioned work. This is one of the reasons I wanted to leave – so that I could make my own things. I had to make something for myself,” Johanna explains.

Ironically, Johanna’s first professional job after graduating was at a music festival in Morocco, which brought people from around the world together. Fast-forward to now and she notices that the theme has recurred: “Music. Music has always meant a lot to me. I am a massive fan of music. From way back, music has helped to define me: who I was and who I became. Music provides a way to jump into a new culture and to understand and connect you to a place.”

And indeed, the honest and passionate Malian music that lies at the core of Johanna’s film enables the audience to truly connect with the Malian culture and the story of its musicians and people. Immediately from the film’s beginning, the unique tones of Songhoy Blues capture you, and, in a split second, you are transported from the cinema to Mali.

“Clear your mind, try to forget all that that is going on in your life and surrender yourself to the movie”. With these words, Johanna leaves it up to the audience to interpret the film’s title and to the many important messages that the film presents.

“They Will Have to Kill Us First” had its Balkan premiere during the 3rd annual War Art Reporting and Memory (WARM) Festival, which took place in Sarajevo from 26 June to 2 July 2016. Organized in collaboration with the Post-Conflict Research Center (PCRC), the WARM Festival brings together artists, reporters, academics and activists around the topic of contemporary conflict. 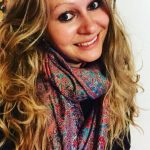 Heidi Hald Christensen is currently an intern at the Post-Conflict Research Center in Sarajevo. A Danish Master’s student in Corporate Communication at Aarhus School of Business, Heidi first ventured to the Balkans in 2014 to take an internship position with Grundfos Manufacturing in Serbia (GMS). During her 10 months at GMS, Heidi gained a unique insight into the connections between culture, communication and business. She is now conducting research into Bosnia-Herzegovina’s business environment and culture and believes that creating a stable business environment can contribute to maintaining peace and creating a sustainable future for the country.

Telling Their Story: Reflections on War

In an era of fleeting public attention, where audiences are increasingly impervious to the images of human suffering that permeate their television screens, Rémy doesn’t report with the goal of shaping policy or generating a particular response from Western governments. Rather, he sees himself as a messenger for those people who are living through war.
May 12th, 2015

The Klima Bez Dima initiative invites youth from across Bosnia and Herzegovina to submit creative multimedia content that tackles topics related to smoking in BiH and its impacts and/or promotes the benefits of a smoke-free environment. The content submitted as a part of this contest will be featured across the Klima Bez Dima and Balkan Diskurs online and social media platforms in an effort to promote the amendment of BiH tobacco control laws and advocate for a healthier environment for the country’s citizens.
April 10th, 2019