Children in a war zone are so vulnerable, but I also saw such an incredible degree of resilience and I decided I wanted to tell the stories of Syrian kids caught in this crisis in a really thoughtful, long-form way.

“Children in a war zone are so vulnerable, but I also saw such an incredible degree of resilience and I decided I wanted to tell the stories of Syrian kids caught in this crisis in a really thoughtful, long-form way.” [1] – Marcel Mettelsiefen, Director of “Watani – My Homeland” –

Marcel Mettelsiefen trained as a doctor before becoming a full-time journalist and has a wide range of experience working in conflict zones, including Israel, Haiti, Afghanistan, Libya and Egypt. His experience in Syria stands out, as it tells a more intimate side of the conflict’s story through the lens of the country’s children.

The story of Syria has been told from a variety of angles, by both those directly experiencing the war and by those simply observing its horrors. Yet, what has often been underrepresented—as is the case in many other conflict-based stories—is the children’s view of the dystopia within which they are living.

Mettelsiefen’s “Watani – My Homeland” presents this underrepresented perspective on the war, for it is a perspective that he believes must be further examined and explored. The film presents a story that gives a voice to Syria’s most vulnerable while allowing the viewer to enter the lives of families who are forced to endure the horrors of this ongoing war. Watani depicts a place where children’s games involve imitating ISIS soldiers and helping their fathers build bombs. This particularly painful side of the war that Mettelsiefen reveals, where reality is interwoven with the children’s’ understanding of it, requires the viewer to interpret the events through a lens of warped innocence. It’s a reality in which one child from Mettelsiefen’s Syrian story, Mohammed (12), says that if he ever encounters Bashar al-Assad, he would rather become a “Hitler” and torture al-Assad endlessly instead of just letting him die.

Another scene documented by Mettelsiefen takes place in the city of Aleppo where anti-regime activist Abu Ali and his wife Hala have stayed to fight. Yet the city still serves as a playground for Ali’s four children who have been strongly influenced and forever changed by the war. These children run through the streets of war-torn Aleppo, teaching each other how to read and write while, at the same time, learning how to differentiate between a rocket and tank shells just by the sounds that they make. The nights are characterized by high doses of cough syrup taken to help decrease sleep disturbances caused by the ongoing explosions.

At one point during the three years that Mettelsiefen spent working on this film, Sara (4) Farah (7), Helen (10), Mohammed (12) and their mother were forced to cope with the kidnapping of their father, Abu Ali. They had to start a new life as refugees in Germany. To escape Syria, they fled through Turkey—a safer route than most. They were given a new home and were fortunate enough to have been left with some source of income, which is not often the case for most other refugees, especially as the refugee crisis continues to worsen.

The family’s escape to Germany marks a turning point in the film, which now focuses on the four children as they change and grow in their new environment, with life beginning to normalize towards the film’s end. Yet, they still show exhibit the characteristics of having lived through war; they still play the same violent games, they are torn between their Syrian identity and their assimilation to their new community, and they state how they miss Aleppo. They miss their homeland and all that they knew. These children must continue to live with the constant fear that their father’s corpse will be discovered and identified. Likewise, even in a peaceful environment, the terrible fear that emerges when an airplane flies over their heads serves as a reminder of the other reality that still exists in their minds.

Watani, then, isn’t solely a story of tragedy or hope. It’s a story of war and the way it is seen through a child’s eyes. It’s a story that involves loss, misunderstanding, and constant change. It’s the reality of a refugee family, which still lives with the hope that their father will someday return to them. It’s a story of a homeland lost.

“Watani – My Homeland’’ had its Balkan premiere during the 3rd annual War Art Reporting and Memory (WARM) Festival. The WARM Festival took place in Sarajevo from Sunday 26 June to Saturday 2 July 2016. Organized by the WARM Foundation in collaboration with the Post-Conflict Research Center (PCRC), the Festival brings together artists, reporters, academics and activists around the topic of contemporary conflict.

“Syria Changed My Life:” An Interview with Marcel Mettelsiefen 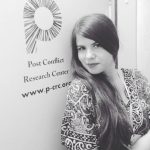 Neira holds a Bachelor's degree in International Area Studies and Spanish from the University of Oklahoma. She is originally from Bosnia and Herzegovina and received an International Baccalaureate Diploma from United World College in Mostar. She has a specific interest in Latin America and has spent a semester studying abroad in Mexico.

The Bektić Sisters: Horses Teach Us Nobility, Tenderness and Responsibility

Sisters Ćamka, Kadira, Fatima and Đeneta Bektić from the village of Jasenova became famous because of a photo of them galloping on horses through the snow-covered forests of Srebrenica. They say that they do not remember whether they first learned to walk or to ride.
December 10th, 2020

Equal Partnership As The Secret To A Successful Marriage

Maja Gasal Vražalica, age 37, and Sanjin Vražalica, age 44, from Sarajevo grew up in Berlin, Germany due to the war in Bosnia and Herzegovina in the 1990s. They met there as children.
March 25th, 2021