Irvin Mujčić is a thirty-two-year-old returnee to Srebrenica, where he is trying to make his childhood dreams come true.

At the age of only six, Irvin was forcibly expelled to Tešanj with his mother, brother, and sister. In that small town in Bosnia and Herzegovina, they spent six months with their grandfather. From there, they managed to go to Croatia, where they lived in a refugee camp for almost a year. On August 9, 1993, they managed to board a ship for Italy.

“It was weird when we arrived, as we didn’t know where we were going to live. Several cities had refugee programs. We ended up in a small municipality in the Alps, at 1100 meters above sea level,” says Irvin at the beginning of his interview for Balkan Diskurs.

He remembers being taken to that small place in the Alps by a driver, and when they arrived the entire population greeted them on the main street.

“There was also the local Philharmonic that played. They were preparing a huge table and a big lunch. It was all weird when you remember that only a few months ago, my mother walked 7-8 kilometers, during the shelling, to buy some flour to feed us.”

Irvin remembers that in 1992 he did not want to leave Srebrenica, so on the day of their departure he hid in the woods near his house, but they found him. So, he had to go into exile with his family. His father stayed in Srebrenica, where he was killed during the Genocide.

Irvin finished school in Italy, had a job, traveled the world, but decided to return to Srebrenica. His motive was to help the local community, through the development of rural tourism.

“Natural resources are being used brutally. Our air is completely polluted. Our rivers and waters are polluted. Our country and our food are polluted. Life moves fast, everything is consumed quickly, and everything grows quickly thanks to chemicals. It has become irrelevant how people feel and what their soul is like,” says Irvin, who founded the Association of Friends of Nature in Srebrenica.

All of this, he believes, has led to people lacking empathy and distancing from each other.

“That is why I decided to leave this ‘modern’ civilization and return to Mother Nature.’’

When he returned to Srebrenica, Irvin organized tours around the municipality, mostly in the villages of Srebrenica, to show Italians and other foreigners the untouched nature that surrounds Srebrenica.

Then he bought land about 15 kilometers away from Srebrenica, in the town of Kasapić, where he began to build a unique ethnographic village, or “ethno-village” – a touristic settlement resembling traditional Bosnian villages.

“Our small oasis of peace is built between the Jadar River and the Kasapić Stream. Every civilization was born between two rivers. We are currently building four wooden houses. The goal is not to build a village for cool photographs and social media promotion. The goal is to try to build something environmentally friendly. Something that comes together with nature instead of destroying it,” Irwin explains.

His wish is to bring back to life what is typical for this part of Bosnia and Herzegovina. The idea is to connect the ethno-village to other parts of the Srebrenica municipality through walking or horse tours. The construction of the ethno-village itself is moving at a slower pace than what would be expected usually because the construction is carried out with minimal usage of modern machines, which is Irvin’s goal – to return the skills and values of natural life and preservation of the environment in Srebrenica.

“We are building it according to the principle of Osat’s mimar, traditionally called neimar. It is an old way of building from our region. Unfortunately, there are only a few masters left who know how to do that. Today, it is easier and faster to build with blocks or order these wooden prefabricated houses from a false semi-shape. Building by this principle requires that most jobs be done by hand, because no machine can replace a man’s hands, from carving to planning, and setting up one half-shape.”

He adds that being Osat’s mimar requires vision and understanding for each piece of wood separately and no screws are used. Because of these characteristics, houses built in this way are much more resistant to natural disasters, such as earthquakes.

“There is a huge difference in appearance and beauty, but also safety when you look at buildings constructed this way versus the modern way. Through this way of working and building, we want to showcase all the beautiful aspects of our nature, villages and Bosnian hospitality”, says Irvin at the end of our conversation.

When he decided to return to Bosnia and Herzegovina from Italy in 2014, Irvin was driven by a longing for the Bosnian people and their humanity. He found this during his trips through Bosnia and meeting fellow citizens who were ready to help and welcome him. The traditional spirit of Bosnian people led this young man to dedicate the rest of his life to Srebrenica in an attempt to restore this local community’s natural splendor.

To follow and support Irvin’s work and the activities of his association visit the Facebook page “Srebrenica – City of Hope”. 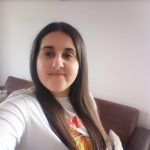 Edina is a Balkan Diskurs trained correspondent from Bratunac. She is studying Criminology and is currently employed at the Srebrenica Memorial Center.

The US Must Protect Eastern Europe from Moscow

An unstable and internally broken Europe, with border integrity under constant threat by a belligerent Russia, would prove detrimental to United States foreign policy, and would likely set back the progress made by all U.S. presidents since Ronald Reagan.
February 7th, 2017

Syria’s Disappeared: The Case Against Assad – A Film by Sara Afshar

In 2011, peaceful protests started in Daraa, Syria following a wave of large-scale protests across the Arab world. Bashar al-Assad's regime brutally cracked down on all opposition to his rule and met protests with violent repression.
July 21st, 2017