Tourism agencies resumed operations in Sarajevo almost immediately after the end of the war. The first post-war tourists began arriving in the city in 1996, just months after the siege came to an end.

This influx of visitors to the historically rich and beautiful capital was not despite the recent destruction, but because of it.

After years of continuous media coverage chronicling the plight of Sarajevo’s residents, gawkers from western Europe were eager to see the ravaged city first-hand. In the years since the signing of the Dayton Peace Agreement, war tourism, or “dark tourism,” has become a full-fledged economy in Sarajevo with a variety of attractions: from walking tours advertising “A Glimpse of the War” and “A Firsthand Experience of the Siege” to museum gift shops selling bullet necklaces, army fatigues, and rocks splattered with red paint as miniature “Sarajevo roses.”

The newest and most extreme dark-tourist attraction in Sarajevo sprung up in 2016 when tour guide Arijan Kurbasic opened the Sarajevo War Hostel. During his time as a guide, Mr. Kurbasic saw an unfilled niche in the war market when he realized that what tourists really wanted was an “authentic war experience.” For visitors to Sarajevo, it was no longer enough to learn about the siege; tourists wanted to live a commercialized version of it. Mr. Kurbasic rose to the challenge and met the demand by opening a war simulation hostel on the first floor of his family house near the former front line.

When guests arrive at the hostel, they are greeted by Mr. Kurbasic in military fatigues, who asks them to address him as “Zero One,” his father’s code name during the war. In the background, recordings of shelling and other war sounds play constantly. The floor is made of mud, the beds are mattress-less wooden platforms, and smoke from a fog machine is pumped into the rooms. There are no lights or windows in the hostel; guests are given old flashlights with a low battery to ensure that they will spend most of their stay in the dark.

Mr. Kurbasic says his aim in opening the hostel was to educate young tourists on the dangers of war. Most of his visitors are Europeans, Americans, and Australians who are too young to remember the televised catastrophe of the siege of Sarajevo. However, they are still looking to live a reproduced version of the media frenzy in Mr. Kurbasic’s veritable Disneyland of destruction.

Although temporarily closed, the War Hostel was reasonably successful during its pre-Covid operation, and Mr. Kurbasic is still making his living as a tourism professional, offering war tours that differ from the typical “mainstream, touristy” war experience.

The mainstream war experiences referenced by Mr. Kurbasic abound in Sarajevo, with war-themed tours and attractions consistently raking in the highest profits and number of visitors. Despite the apparent tourist industry bend towards memory and dark tourism, the Canton of Sarajevo’s board of tourism has counterintuitively steered away from endorsing war-themed attractions.

While tourists come to Sarajevo to revel in war-time memories, government officials prefer to move away from the city’s reputation for destruction by promoting natural and cultural attractions.

The notable exception in this policy is the Tunnel of Hope, a previously privately owned museum and tourist attraction that came under government ownership in 2012.  The tunnel was built on the property of the Kolar family near the Sarajevo airport and during the siege, it was the route to territories under Bosnian control. After the end of the war, the Kolar family preserved what remained of the tunnel and transformed their property into a museum and tourist attraction.

When the Sarajevo Canton government bought the museum and tunnel, they expanded into a “memorial complex” and began educational programming for local middle schoolers. Simultaneously, the Tunnel of Hope became “the most popular tourist attraction in Sarajevo,” welcoming over 160,000 tourists in pre-covid years and projections of an increase in visitors with the post-covid resurgence of tourism.

The line between tourist attraction and educational/memorial site is thin at the Tunnel of Hope. The tensions between balancing the work of education and memorial with marketing the war-time experience are evident at the site: images of the men who worked to construct the tunnel and detailed maps of the former frontline hang on the walls while meters away, tourists obliviously pose in a camouflage photo set and purchase faux bullets at the gift shop.

As the only war tourism site under the control of the Sarajevo government, the Tunnel of Hope marks a departure from the longstanding policy of deemphasizing the new heritage of war and promoting the older and less contested heritage of Sarajevo.

When asked if more wartime tourist attractions should come under government ownership, Tunnel of Hope Curator Jasminka Bavčić said that she hopes that more war-related sites do transition into public ownership and that the organizational dream of the Tunnel of Hope Memorial Complex is for children from nearby Republika Srpska to also visit the Tunnel on school trips.

Nearly 30 years after the end of the war in Bosnia and Hercegovina, the war tourism market in Sarajevo continues to grow as private actors (such as Mr. Kurbasic of the Sarajevo War Hostel) capitalize on increasingly sensationalist tourist desires, while government initiatives attempt to balance domestically focused education initiatives with appeals to foreign visitors.

Any seller ultimately has to cater to their customer base, which in the context of the Sarajevo war market, is a group of tourists who will continue to demand increasingly outrageous war-related “experiences” which ultimately obscure the real stories of suffering. Whether more “authentic war experiences” will be forthcoming as the violence of the 1990s fades further into the past remains to be seen. 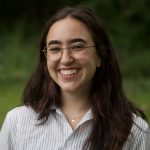 Ariela is currently pursuing a bachelor’s degree in International and Public Affairs and Religious Studies at Brown University. Her academic areas of interest include the role of religion in post-conflict settings, gendered violence in international conflict, and justice and reconciliation processes. On-campus, she holds positions with a number of student and local organizations, including the Brown Undergraduate Law Review, Dorcas International Institute of Rhode Island, and the Religious Studies Departmental Undergraduate Group.

Elvir Hambašić has turned his interest in wood carving and woodcraft into a unique business, working alongside his children and his wife, Sanida. This family from Donji Ulišnjak, near Maglaj, is one of the few who are committed to preserving culture and tradition by producing traditional Bosnian furniture.
April 29th, 2022