Despite the fact that WWII ended on May 8, 1945, Russia and several other Eastern European countries celebrate Victory Day twenty-four hours later. The Russians were screwed by the time difference—for them, Nazi Germany’s signing of the capitulation occurred shortly after midnight; in turn, Eastern Europe was screwed by the Red Army which, alongside victory, brought a new ideological, political and economic system, as well as the icing on the cake—a decree that Victory Day would be marked not according to the local time zone, but according to the clocks of the Kremlin towers.

The Balkans, however, has screwed itself.

Victory dates aside, the Western and Eastern bloc managed to agree upon most of the other, far more important facts (who was the executioner and who was the victim; who started the war and why). Moreover, those established facts remained intact for the 70 years that followed. On the contrary, only a provisional agreement on the timeline of events survived after the break-up of Yugoslavia, while nearly nothing could be agreed upon regarding the facts. Instead, history gained a strong national impetus, and political elites considered Jasenovac [concentration camp] a convenient excuse for new crimes (revenge), and the Ustashe evolved from Hitler’s allies to defenders of Croats.

Now, we might ask why a story about World War II would serve as an introduction to a story about World War I? For the simple reason that, in the Balkans, it is irrelevant which war are we are talking about—for the last 20 years, people have basically been discussing the same event over and over again. Only the code names interlocutors use to describe them change. It seems that the wars of the nineties—whether they were wars of “liberation,” “the fatherland,” “defense,” or whatever we may call them—have, instead of ending, received only a thin layer of peace under which new battles continue to emerge. Indeed, these battles have changed in character, but that does not mean they have become any less exhausting.

Today’s battles can be shorter or longer, lesser or greater — and this year will provide military strategists of the Balkans a real treat when, one hundred years after the eruption of WWI, two decades of conflict will reach truly grotesque proportions. On June 28th, the world will be divided into the Serbs and the rest of the world. One group will mark this anniversary as key moment in modern times, and in the city that became worldly for the first time back then — Sarajevo. The other group will be marking the event in a city once worldly, but now aspiring to be exclusively Serb, hence perfect for boycotting the world — Višegrad.

Yet, Višegrad would not be an exclusively Serb town on this day of commemoration, had Gavrilo Princip not been deemed exclusively Serb in Sarajevo, and had nationality not became his sole important quality. Few are interested in what Princip means to the rest of the world or that his “terrorism” changed the destiny of many European countries. Consequently, the people of the Balkans couldn’t care less about the October Revolution, the fall of the Austro-Hungarian empire, US entry into the course of world history, or the independence of dozens of Eastern European states. The focus is only on whether Gavrilo Princip was ordered by Serbia to kill Franz Ferdinand so as to liberate the Serbs (and every child in Bosnia-Herzegovina knows that “liberation of the Serbs” is synonymous with “genocide against Bosniaks”), or whether Princip heroically decided to sacrifice his own life to defeat the loathed occupier—with the well-known implication that the occupier comes from the West to impose unpleasant Hague verdicts on good Serbs.

For the residents of the Balkans to reach an answer to this question, Gavrilo Princip has had to undergo a certain metamorphosis. First, he had to become a Serb, even against his will and the fact that he would have probably declared himself a Yugoslav during the recent census; much the same as Ivo Andrić had to become a Serb, and the Muslims who were killed in 1992 had to become shaheeds (martyrs)—which means they had to become Bosniaks posthumously (even though only 5% of them had ever heard of that term before they died). Later, to become fully nationalized, Princip had to, on the one hand, become a terrorist — although the notion of terrorism from early 20th century has no connection whatsoever to what we today consider terrorism; on the other hand, he needed to receive the halo of a martyr, without any further discussion as to how he became a martyr or what the consequences of his heroic act were.

Once Gavrilo Princip was given his new national identity, the argument could be taken up a notch. Namely, resolving the eternal Balkans dilemma: Who started the war? This question is the very essence of this conflict. The people of the Balkans are not interested in WWI as an event unto itself. They are instead only interested in its use as a codename for the wars of the nineties. And so, if the Sarajevo assassination is an expression of Greater Serbian expansionist tendencies, then Serbia has been the aggressor since time immemorial, which in turn means that one does not need a Hague verdict to tell us who started it in the late eighties and early nineties. Dragutin Dimitrijević-Apis is Slobodan Milošević, and the Black Hand a joint criminal endeavor. Hence Princip, being an agent of Apis, must be a leader of some paramilitary group. If Princip is, however, a liberator, then the Serbs are not to be blamed for Srebrenica, because they simply liberated the area of unwanted elements. And Serbia fought for freedom as early as 1914, then the Serbs are a nation of heroes and are just — and therefore Serbia in the nineties was but a victim of the conspiracy of Western occupiers.

Only the details differentiate the narratives of WWI from those of the 90s Balkans wars. The latter speaks of Greater Serbian nationalism and the endangerment of other peoples, as well as some concept of Yugoslavia only mildly related to Yugoslavia itself, whereas the former is but another excuse to repeat the same arguments over and over again.

Amidst all of this, that which is of greatest importance remains unspoken of — the rest of the world.

This quest to make nationality the focus of every event has harmed the people of the Balkans pretty badly, and they have thus excluded themselves from historical relevance. Top officials did not visit Sarajevo on June 28th to support one version of history over another, nor to slap Serbs in the face (or Russians as the Serbs would have it). They will come to the capital of Bosnia-Herzegovina with the understanding of its role in changing their homelands forever. Gavrilo Princip is neither a terrorist, nor a revolutionary, nor a Serb, nor a Yugoslav for them. For them, Gavrilo Princip was a human; the murder of Franz Ferdinand was casus belli; the war is over; and all of that will be crystal clear to all the guests, no matter where they come from.

Meanwhile, the people of the Balkans were only clear as to what the calendar said: June 28th. St. Vitus Day for some, the first day of the Ramadan fast for others. And for all of them, the start of something that, it seems, isn’t coming to an end any time soon. 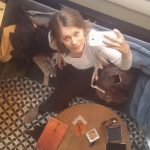 Paulina Janusz is journalist of Bosnian weekly newspaper BH Dani, but she also writes for many other local and foreign media platforms on political situation in Bosnia and Herzegovina. She holds an M.A. in International relations from University in Rome. Before settling in Sarajevo, she was a media reporter in Zagreb and Belgrade.

The Scars of Transition: A City Forgotten, a Generation Lost

From dawn till dusk in the case of Bosnia-Herzegovina, transition always entails a dose of risk. Most of the time, it is simply fear of loss and failure. Our environment was unfortunately struck by both. Everything that once was is lost, and the fear of what will come tomorrow continues.
February 6th, 2015

We Reduced International Women’s Day to a Carnation

If women and men were equal in Bosnia-Herzegovina you would not be reading this interview
March 20th, 2015