In July 1992, 46 Bosnian children from the Bjelave Orphanage in Sarajevo were evacuated to Italy. None of them have returned.

Marianna, whose name has been changed to protect her identity, was 11 years old when she was evacuated from war-torn Sarajevo and sent to the Igea Marina care home in Rimini, Italy. She was one of 45 children evacuated from the Dom Bjelave Orphanage in Sarajevo, formerly known as Ljubica Ivezić. The children were transported via bus through dangerous terrain and sniper fire to get to the coast. This initiative had been authorized by Bosnian President Alija Izetbegović and organized by the General Secretary Duško Tomić of the Children’s Embassy Medjasi. The 37 youngest children were taken to the Mamma Rita Orphanage in Monza, Milan; the older children were placed at Igea Marina.

It is not clear whether the children were sent with documents, but upon arrival in Italy their legal status was automatically that of “entrusted minors”, meaning they were under the guardianship of the Children’s Embassy Medjasi and later the Italian government. 22 years later, Marianna has no legal Italian identity, even though she is married to an Italian and expecting her first child.

“We kept wondering when we would go back. We asked but nobody told us anything. We were minors at the time. We had no power,” states Marianna. Both orphanages have declined to comment on the situation. A representative from the Bjelave Orphanage stated, “We have no information about those children. There was a war going on. We do not know if what we say will be taken the wrong way,” adding, “but that does not mean that we are hiding something.”

In 1995, the Ministry of Foreign Affairs in Bosnia-Herzegovina cooperated with the Ministry of Refugees to organize the return of these children to Bosnia. Attempts were made on two separate occasions, but the situation in Sarajevo was still deemed dangerous and the plan was later dropped. That same year, the Director of the Bjelave Orphanage, Amir Zelić, visited Italy in an attempt to retrieve the children. “He cried crocodile tears but he didn’t do anything,” says Marianna. “A temporary solution became permanent. It makes you sick to think about it, but you have to close the door and not ask questions. I hate to talk about it. I’m tired of talking about it. We had the necessities at Igea Marina but, of course, there was a lack of maternal care. I have no contact with my relatives in Bosnia.”

Marianna never returned to Bosnia and spent the rest of her childhood in the Igea Marina care home. “We left the home at 18, got jobs and boyfriends and moved away.”

Dario Novalić, journalist and owner of START magazine, took it upon himself to investigate the situation. “I wanted to tell the truth. There were so many lies in the press.” Allegations were rife. In the past, the orphanages have been accused of selling children to childless couples and there have been whispers of Muslim children being forcibly converted to Catholicism, though none of these rumours have ever been verified.

“You could say that the children had a better life growing up in Italy than they would have had facing the consequences of war,” says Novalić. “It was alleged that contact and information regarding the children had been lost when, in fact, all it took was a phone call to the Ministry of Civil Affairs to find out information.”

In 2008, Novalić made a short documentary called If You Are Watching This, Mom. The film followed the story of five Bosnian children living in Italy, and reflecting upon their nostalgia and the fact that their mother tongue had been forgotten with the passing of years. “Some of those kids were abandoned at the orphanage and only after there was publicity did the parents get in contact and start asking for money,” says Novalić.

Yet some of the children had parents who fought tirelessly over the years to bring their children back. Following the death of his wife, Uzeir Kahvić placed his daughter, Sedina, into temporary care at the Bjelave Orphanage when she was just 40 days old. Kahvić was an unemployed widower and could not afford to look after his daughter. He visited her every week without fail until war broke out and his home fell behind the frontline, which he was unable to cross. In 1995, when war ended, Kahvić made his way through the shattered city to find that his daughter had been taken to Italy without his knowledge and was now untraceable.

Between 1997 and 2000, Kahvić sent five written declarations asking for the return of his daughter, but no action was taken and Sedina was later adopted by an Italian family. Thanks to a transmission of Rai 3’s Chi l’ha visto, a TV program that specializes in missing persons, Kahvić was able to locate the whereabouts of Sedina. In October 2006, they met for the first time in 14 years at a train station in Florence.

In 1997, the adoption process of 23 Bosnian children was underway, and in 1998 official Court Orders were sent to relatives in Bosnia. Parents of the children that were undergoing the adoption process in Italy were required to give their “informed consent” to Italian courts in order for the adoption to become a legal procedure and not a violation of parental rights. Article 21a of the Convention on the Rights of the Child (CRC) states that “informed consent” must be given by parents, relatives or legal guardians of children before any adoption process commences. CRC Article 9.3 states that parents and relatives of a refugee child should maintain the right to know their whereabouts and should be able to contact them, but the whereabouts of the Bosnian children in Italian custody were protected until they were 25 years old.

In the case of Uzeir Kahvić, the court in Milan claimed that his address was unknown and they were unable to reach him. In the case of Dejan Golijan, the court order was sent to his father at an address in another country. Vedrana Hastor was unlawfully adopted in Italy due to a technicality that she legally did not exist. This was a result of having not been registered at birth and having no legal documents or JMBG (Unique Master Citizen Number), which is the equivalent of a personal identification number.

When contacted for a comment about the situation, a representative in the Italian Embassy in Sarajevo stated, “We have no information. We suggest you contact the orphanage as they are responsible.” The General Consulate of Bosnia and Herzegovina in Milan also stated that they had no information regarding the matter. A representative of the adoption agency, Primogenita Di Gracanica, stated, “Our organization has no information relating to this topic,” despite the fact that their name was mentioned by another adoption agency, Tuzlanska Amica, who said, “No Bosnian children were adopted using our agency, but we know that there were a few with Primogenita.”

With regard to the relocated children, human rights activist Jagoda Savić commented, “There are no children from Bosnia who were reunited with their families.” Jagoda Savić was the legal representative of Uzeir Kahvić and aided him in his quest to locate his daughter. “In the end, it was thought not to be in the best interests of the children to return and to have to pass through complicated procedures to recognize their school certificates.”

It is hard to imagine what it must have felt like for a parent to find out that their child had been adopted in a foreign country without their knowledge or consent. It remains unclear whether the fault lies on the Italian or Bosnian side, and those involved are quick to blame the passing of time as an excuse for the lack of information. Some families have received compensation settlements, but these are small. In 2005, parents Uzeir Kahvić and Silvana Osmanović-Seferović were awarded just 3000 BAM (Bosnian Convertible Marks) each, the equivalent of €1,500, by the Bosnian government to compensate for the damage caused to them due to the loss of their children.

It could be argued that these Bosnian children had a better life growing up in Italy, that their childhood memories were not blighted by the sounds of mortar shells and the sights of bloodied streets. Bosnia has a 43.74% unemployment rate and ethnic divisions are still prevalent. At times it feels like the peace is in a fragile state. Who knows what kind of lives they would have had in Bosnia. Many of these children, now adults, consider Italy to be their home, and memories of Bosnia are as hazy as the Sarajevo fog. Yet the love of a family or a parent is irreplaceable. Were these children deprived of love and nationality or were they saved? 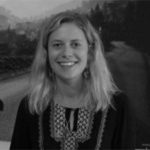 Clara Fantoni is a former intern of the Post-Conflict Research Center in Sarajevo. Clara studied International Relations and a Diploma in News Journalism at the London School of Journalism.

The Bosnian Floods: A Time of Hardship, a Time of Unity

Almost four years have passed since the devastating floods hit Bosnia and Herzegovina and the region. Despite the passage of time, the images of May 2014 will remain forever etched in many people’s minds.
January 21st, 2018

Vibeke Lilloe: It is Necessary to Empower BiH Women

On March 22nd 2015, the Post-Conflict Research Center (PCRC) had the honor of meeting with Ms. Vibeke Lilloe, Ambassador of the Kingdom of Norway in Sarajevo. The ensuing discussion explored the Embassy’s efforts to support peace and reconciliation processes and strengthen civil society organizations in Bosnia-Herzegovina, with a specific focus on their work concerning women, victims of sexual violence and youth. Marion Pineau and Chloé Gaillard report.
May 29th, 2015