Vojislav Petrović is the last inhabitant of the village Kratina located just north of Ahmići (Vitez municipality). There is no one left in the village to remember him or to be proud of the actions and bravery he demonstrated during the war. He did not want anyone to know that he saved the lives of Hajro Osmančević’s parents, out of fear for his own life and the condemnation of his neighbors. At a time when men were wolves, Vojislav was not afraid of war itself. He was not afraid of weapons. He was instead afraid of the human condition. He asked Hajro to only tell his story after his death.

Before the war, Hajro lived with his parents in Zenica. In search a more peaceful surrounding, his parents decided to buy some land in the village of Kratina. Their house, as he says, became a place where neighbors gathered and spent time with each other. However, the war did not bypass Hajro’s parents. According to their son, they experienced something that happens frequently during wartime – friends turn their backs on friends and neighbors raise their weapons on neighbors.

Hajro says their next-door neighbor turned his back on Hajro’s parents. Hajro was told that this next-door neighbor tried to kill them in order to seize their property. The Osmančevićs managed to save themselves by escaping to the nearby woods, where they met another married couple in hiding.

According to Hajro’s testimony, Vojislav Petrović, another neighbor from the village, found them hidden in the woods and frightened for their lives. He took them to his house where he lived with his 83-year-old mother, and kept them safe there for 43 days.

“Do you know what it meant at that time to feed four people for 43 days?” asks Hajro, who affectionately calls Vojislav “Vojo.”

After 43 days Vojo was unable to feed them anymore, so he dressed them in his mother’s old clothes and secretly took them to Busovača, where Hajro’s parents were sent to UNPROFOR.

Today Hajro speaks of Vojislav proudly and honestly. He believes that Vojo’s soul is what makes him a hero. According to Hajro, the story about Vojislav should be told and preserved so that Vojo’s bravery and sacrifice may be celebrated. This is the story of a man who was willing to risk everything he had in order to save another. Hajro believes there exist many more stories similar to this one that have never been told. These types of stories should reach the younger generations in order to teach them not to hate one another. Hajro feels that we must not allow the echo of evil to influence the up and coming generations. 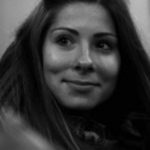 Amila Avdukić and Vedran Vojinović were awarded an honorable mention in the Post-Conflict Research Center’s "Srđan Aleksić Youth Competition", which challenges young people in Bosnia to discover, collect, and share stories of peace building, moral courage, and interethnic cooperation from their local communities, and is kindly funded by the National Endowment for Democracy.

The Alliance for Historical Dialogue and Accountability

The Alliance for Historical Dialogue and Accountability (AHDA) is part of a growing field of scholarship exploring the historical legacy of conflict and its effects on contemporary politics, societies, and cultures.
June 22nd, 2018