What is the future for Bosnia-Herzegovina? And what are some of the most important steps in resolving these burning issues? These were the topics of the International forum “Dayton 2.0 – The Way Forward 20 Years After” held in Sarajevo this past November and hosted by the Foundation Shared Societies and Values Sarajevo (FSSV) at the Bosniak Institute in Sarajevo. Through a diversity of panelists and participants, the forum explored the future of the DPA and Bosnia while taking into consideration the overall regional and international dynamics.

“I remember back when the DPA was signed. Former President of Bosnia-Herzegovina Alija Izetbegović told me ‘This is not a just peace, but it is more just than war – the world being what it is, we could not get a better peace,’’’ said Šafik Džaferović, Co-Chair of the House of Representatives in the Parliament Assembly of BiH. During the forum, Džaferović also discussed that, despite the existing problems between Bosnia’s two entities—the Federation of Bosnia-Herzegovina and Republika Srpska—the DPA and the liberal democratic values and institutions established as a result of the Agreement had secured Bosnia’s integration into world associations. This was accompanied by Bosnia’s prospects of joining the EU and NATO in the near future.

Bosnia’s Minister of Foreign Affairs, Igor Crnadak, suggested that the date of the DPA signing should become a national holiday as it had “not just brought peace to Bosnia, but has also kept us together for twenty years.” Crnadak highlighted the reforms that have been successfully implemented, such as the integration of the Armed Forces, Intelligence Service and tax collection, as proof that consensus is possible between the entities, expressing his enthusiasm for Bosnia joining the rest of Europe.

The U.S. Ambassador to Bosnia, Maureen Cormack, emphasized the need for BiH to improve its economy, as well as the education and healthcare sectors. “I express great concern that many young people were leaving the country to find work. Becoming a member of NATO would give foreign investors a sense of security, while, joining the EU and gaining access to the common market would bring great wealth to Bosnia,” Cormack added.

Lidija Korać, former President of the Central Election Commission of BiH and a Venice Commission Expert, spoke of the need to strengthen the institutions in Bosnia to meet the highest European standards and cited human rights as an example. “Euro-Atlantic integration is vital for Bosnia’s future, but, we have to manage our differences inside Bosnia in order to reach a shared existence,” Korać explained.

The High Representative for Bosnia-Herzegovina, Valentin Inzko, says that peace should not be taken for granted. “There have been challenges to Dayton in recent years. One of the challenges has been that people have only implemented the things they like and ignored the rest. Dayton must be respected,” Inzko explained.

Former Chancellor of Austria (2007-2008), Alfred Gusenbauer, noted that problems arise both from Dayton and from how Dayton is or is not being implemented, stating: “A main problem is that the entities, according to Dayton, should serve Bosnia but, in reality, they do not”. Gusenbauer stressed the need for a more vibrant and active civil society that could pressure politicians to make the necessary reforms.

Former President of Latvia (2007-2011), Valdis Zatlers, emphasized the lessons Bosnia can learn from Latvia as both are small and ethnically diverse European countries. He noted how Latvia made hard, but necessary, reforms prior to their Euro-Atlantic integration and has avoided interethnic conflicts by providing democracy, security and the rule of law to all citizens. Zatlers later emphasized that next to making reforms inside the countries; there should also be a greater credible commitment to enlargement on EU side.

Former Prime Minister of Netherlands (1994-2002), Wim Kok, noted that potential EU membership is no key to paradise. “Bosnia, political parties, businesses etc. need to join forces, regardless of ethnicity. You should focus on what binds you together and not on what separates you,” Kok stated.

“In the Balkans, we always hope for the best but the worst always happens,” said Branko Crvenkovski, Former Prime Minister of Macedonia (2004-2009). He later emphasized: “Bosnia’s challenges will be solved not by having new politicians in office, but by changing the system itself, especially concerning the many layers of public administration that water down responsibility and accountability.”

This article was written by Mads H. Jacobsen and Andreas W. Rasmussen. 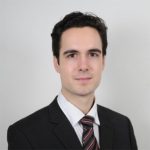 The third issue of BalkanThemes explores the work of organizations promoting LGBT-friendly dialogue in the Balkans, the struggle of three LGBT individuals in a conservative society and the state of LGBT rights across the region of the former Yugoslavia.
February 3rd, 2015