This paper analyzes the importance of the return process and sustainable integration of returnees for reconciliation in post-war Bosnia-Herzegovina. With Annex VII of General Framework Agreement for Peace in Bosnia (Dayton Peace Agreement, or DPA), refugees and internally displaced persons (IDPs) were ensured they could return to their pre-war homes. One obstacle for returnee families is in education – ethnically biased curricula increase divisions between groups.

Recent physical attacks on returnees and the announcement of the independence referendum in Republika Srpska are just some of the everyday pressures placed on the returnee population, which suggests further divisions in Bosnia.

After the war, over half of the 4.4 million pre-war population of Bosnia was displaced, with an estimated 1.1 million displaced internally and approximately 1.3 million fleeing to neighboring countries and Western Europe. War, together with ethnic cleansing policies and creation of “ethnically clean” areas, caused large forced migration from all parts of Bosnia. We should also not forget those internally displaced as a result of changing control over territories after the signing of the Dayton Peace Agreement (DPA), which brought an end to hostilities and provisions for the displaced. A central aspect for displaced persons in the DPA is Annex VII, the first article of which states:

All refugees and displaced persons have the right freely to return to their homes of origin. They shall have the right to have restored to them property of which they were deprived in the course of hostilities since 1991 and to be compensated for any property that cannot be restored to them. The early return of refugees and displaced persons is an important objective of the settlement of the conflict in Bosnia and Herzegovina.1

For the first time, the external powers gave displaced persons the special right to return to their pre-war homes.2 Annex VII was supposed to reverse the policies of ethnic cleansing and recreate a multicultural Bosnia. It was a direct response to the policy of forced migrations and an integral part of the reconciliation process. For Mirhunisa Zukić,3 President of the Union for Sustainable Return and Integration in Bosnia, “Annex VII anticipated the most important role in the reintegration of Bosnia to the greatest victims: the returnees. It was in strong contrast to the policies that started the war and created fear and persecution. For all the participants of the peace process, Annex VII was pure illusion – only refugees and displaced persons saw the chance in it.” At the same time, the DPA both created two ethically divided entities – the Federation of BiH, with mostly Bosniaks and Croats as its constituent peoples, and Republika Srpska, with mostly Serbs – and promoted the return to a multiethnic country, which are two conflicting processes. For Denis Dzidić, a journalist at the Balkan Investigative Reporting Network, “Annex VII and the return process is an essential question of achieving peace and stability in this country.”4

In 2002, when official figures showed that almost one million displaced people had returned to their pre-war homes, High Representative Paddy Ashdown stated, “We’ve invented a new human right here, the right to return after a war,” and, “It’s absolutely astonishing, a huge success by Bosnians and the international community that has gone unrecognized.” Indeed, Bosnia could be a success story in terms of the property-return process. Property return is a great achievement of the international community and state authorities, as 99.9% of property claims are registered as closed.5 But this does not mean that the vast majority of the displaced population now live in their pre-war homes (some people did not claim their property; others did but were not willing to stay), nor that there are sustainable solutions for returnees.

For the international community and state institutions, the return process means only the return of displaced persons to their pre-war homes without considering the level of human rights and the sustainability of return. Health and social care, education, work, employment and other human rights should be respected; IDPs, once returned, no longer have the need for protection and assistance linked to or resulting from their displacement. Annex VII, article II, however, asks all state authorities “to create political, economic, and social conditions conducive to the voluntary return and harmonious reintegration of refugees and displaced persons, without preference for any particular group.”

In Bosnia, 20 years after the war, there are still around 85,000 IDPs, and around 8,000 living in collective centers (like Mihatovići) in the worst possible conditions.6 Half of the displaced population is still out of their pre-war homes.7 For example, in one such center (before the war a nursing home for the elderly), in Doboj, a husband and wife live with social aid of 100KM per month.

Moreover, in areas of return (the areas of origin of IDPs), little has been done for the reintegration of returnees. More than half of the returnees are ethnic minorities in their local communities; consequently, they are subject to segregation and do not have equal access to rights, including the right to health care, employment, education, social care and other rights connected with social inclusion in the local community. The UNHCR states in its “Dialogue on Voluntary Repatriation and Sustainable Reintegration in Africa” that “if the issue of sustainability or reintegration of refugee and displaced populations is not addressed properly, the countries concerned will almost inevitably slide back into conflict.”8 Black and Gent argue that return itself is not enough for reconciliation.9 In fact, it has to be successful and sustainable, meaning that the outcome for individuals is acceptable.

Even though the official statistic of return until 2010 shows more than one million returnees, the Helsinki Committee for Human Rights estimates that just one-third of the total number of refugees and IDPs (2.5 million) have actually returned and stayed in pre-war areas.10 This is not surprising, as nationalistic policies, daily discrimination (hate speech, inappropriate symbols) and obstruction of access to human rights (education, health care, employment) still exist.

Attacks in Zvornik on April 27, in which a policeman and an assailant were killed and two others were injured, demonstrate the unstable situation. Such events can cause ethnic tensions and can quickly destroy years-long efforts to reconcile the community. Bosnian leaders and politicians should not misuse such events to gain power; they have to change social circumstances to prevent similar events on which ethnic tensions gain momentum and hinder future reconciliation. Recent incidents of physical attacks on two returnees from the towns of Vrbanjci and Vlasenica in Republika Srpska in June and July of 2015 are alarming indicators that even the safety of returnees is not entirely guaranteed.

One of the human rights obstructed is the right to education. Once IDPs return to their pre-war homes and towns, they try to reestablish their lives. Returnee families send their children to schools, where they could be the victims of an ethnically segregated and discriminatory educational system. Post-war education in Bosnia represents the difficulties for reconciliation and creates tensions between different ethnic groups. Bosnia has no state-level ministry of education. All decisions concerning education are in hands of the Republika Srpska–level Ministry of Education and the cantons of the Federation of Bosnia. Together with the politicization of the education system, school curricula vary depending on the dominant ethnicity of the region. The identity-building subjects (e.g., history, religion, geography, literature and language) are at the same time the most biased. Analysis of textbooks in returnee areas shows that history, geography and religion are unsuitable since they are failing to build a common Bosnian identity; they focus on the culture and traditions of one nation and frame Bosnian multiculturalism as a problem and not as a social richness.

Since many returnee families are not willing to educate children according to ethnically biased curricula, they are sending them on costly journeys to distant schools, which could be in another entity, with curricula corresponding to their ethnicity.

The spontaneous return process was at its highest level in 2002 and 2003. During those years, the international community pushed local authorities to implement Annex VII of the DPA, therefore creating conditions for the successful return of refugees and the internally displaced. Education became a priority for the international community, which forced both entity’s Ministries of Education to sign the Interim Agreement on Accommodation of the Rights and Needs of Returnee Children, which should create a more inclusive and tolerant environment, particularly for educating children who became part of the minority population in returnee areas. This agreement includes the introduction of national group of subjects (selective subjects to meet the needs of returnee children, including the mother tongue, history, religion and geography) as an option for minority returnee children whose parents do not agree with local, ethnically biased curricula. For example, in a school with Serb curricula, a Bosniak returnee child can choose subjects from his own curricula (only for history, literature and religion). This creates the issue of two schools under one roof (two schools in the same building using different curricula according to their ethnicity).

The 2014 case of “Sveti Sava” elementary school in Vrbanjci, Republika Srpska illustrates the issue of implementation of the agreement. Parents did not send children to school because the school did not introduce the national group of subjects and courses in Bosnian language. In similar cases, children are losing a school year, and parents can be punished or deprived of child benefits, which in some cases presents the sole income of families. Because of these problems, some families have left their homes and moved abroad.

Recently, the Republika Srpska education ministry instructed that all primary schools in the region officially change the name of the Bosnian language to the language of Bosniak people. Such decisions are creating increased tensions, deepening social divisions and erasing the existence of a common identity.

In conclusion, education in Bosnia is creating further division in society and not promising a better future for the country. For returnees, the right to education is only one of many rights being violated.

The responsible authorities of both entities should put aside their political interests and reform the education system of the whole of Bosnia to better the level of human rights for their citizens.

2 Phuong, C. 2000. At the heart of the return process: solving property issues in Bosnia and Herzegovina. Forced Migration Review, 7, pp.5–7. Available at: http://www.fmreview.org/FMRpdfs/FMR07/fmr7.3.pdf

10 Helsinki Committee for Human Rights in BiH. 2008. Report on Human Rights Practices in BiH. [Online] Available at: no longer accessible. 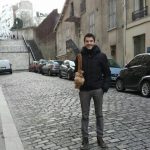 Tomaž Kravos is currently finishing his undergraduate studies in Defense Studies in the Faculty of Social Sciences, University of Ljubljana with a bachelor’s degree on internally displaced persons in Bosnia. From February to August 2015, he was an intern at the Centre for Refugee and IDP Studies at the Faculty of Political Sciences in Sarajevo. He is currently studying a Masters in European Studies at the University of Ljubljana.

The next collective funeral in Vlasenica will be held on 18 April this year for five murdered civilians. The youngest identified victim is Edis Hajdarević, who was seven at the time of his murder. Vlasenica is a small town located in Eastern Bosnia. According to the 1991 census, 55% of the population was Muslim and …
April 17th, 2015