For decades, tobacco has been a way of life for many Herzegovinians, but there once was a time when the free trade of tobacco was forbidden. Those who dealt in tobacco during that time will always remember it as the age of “Yellow Gold”.

For decades, tobacco has been a way of life for many Herzegovinians, but there once was a time when the free trade of tobacco was forbidden. Those who dealt in tobacco during that time will always remember it as the age of “Yellow Gold”.

“Many dealt in tobacco as a result of poverty. Even my father was a tobacco carrier (trader) during the period of the first Yugoslav republic (1918-1941). I didn’t have to carry tobacco; but since everyone else was doing it, I wanted to partake,” says Ljubo Mihalj Skokić, a 78-year-old tobacconist from Rakitno, a village near the Herzegovinian city of Posušje.

Due to the high altitude, tobacco could not be cultivated in Rakitno, so people from the village became tobacco-carriers instead. Two to three people per household were designated to deliver tobacco to the state’s second province of Bosnia to be sold. Normally, each person would transport tobacco twice a month, but some hardcore carriers hit the road more than 30 times a year. Although carriers were mostly young men between the ages of 14 and 15, women weren’t exempt from carrying.

“There were around ten carriers in a group. In those days, the majority or carriers belonged to the Mihalj family,” remembers Ljubo, who worked as a tobacco carrier for a decade.

The carriers would transport tobacco to Lepenica, Kreševo, Draževići, and Romanija. Each village had its own tobacco “connoisseur”. If the taster approved of its quality, the tobacco would “sell like butter” as Ljubo puts it. One backpack containing 20 to 25 kilograms of the “yellow gold” was worth around 2,000 to 2,500 KM, and although the carriers had to buy the tobacco, they always had more than enough money. “The strong ones,” as Ljubo refers to them, would even carry up to 30 kilograms.

“We were young, but not afraid because we carried rifles and grenades with us. Back then I even had two Kragujevka grenades. Sometimes, we would return from Mostar at five o’clock and catch the freighters at Visoka Glavica to ask for tobacco. On one occasion, we got to Jasenik, near the town of Ostrošac, and there were no scales. We decided to put the tobacco into the barrel of a five-shot rifle. We knew we had around one kilogram when enough tobacco had been added to the barrel to trigger a gunshot,” recalls Ljubo.

Ljubo reminisces about another occasion, sometime around 1954 or 1955, when they bought unripe tobacco, which later caught on fire. They had to pour water on it, leaving it damp.

“We met some workers in Ilidža who were going to Nemila near Zenica, so we decided to go there for the first time along with them. That night in Ilidža, we slept next to a stream. The workers told us that no one had ever brought them tobacco before, so they were quite happy. Even though our backpacks were damp and heavy, they still wanted the tobacco. We thought that we would get only 500 dinars, but they gave us 1,000. We were actually better off than at times when we carried three times that amount,” says Ljubo.

Ante Markota, Ljubo’s friend from Rakićak, was also a tobacco dealer during the period from 1954 to 1965. They are the only two from that generation, born in 1939, still alive today.

“I lost my father when I was five years old and earned my first dinar at 14 in Bačka where I picked corn. After I returned to the village of Rakitno, I began dealing in tobacco. I never went farther than Fojnica and Visoko. Some carriers would accompany their fathers and brothers, but since I was alone, I would walk behind the others and follow their instructions. I was very careful with my tobacco and managed not to waste one kilogram of the yellow gold; even if I had to march through the snow for hours,” says Ante.

The men would usually get back home from such trips after seven or eight days. Throughout their journeys, they knew where to find shelter. Everyone helped them along the way: Croats, Bosniaks, and Serbs. Nationality wasn’t an issue at that time. The police, however, were a different story.

“We always had to be careful so the police would not catch us. But we always had acquaintances in the places we traveled to,” says Ante.

Nevertheless, there were some individuals who did report them to the police.

“There were some traitors, but we never found out who they were. Before we hit the road, our “friends” would always warn us to watch out for the police and would advise us not to take certain paths. We never left our homes without knowing where the police were stationed. Our helpers were like modern-day radars,” says Ante.

Dragica, Ante’s wife and Ljubo’s cousin, was also involved in the tobacco trade.

“I twice transported 18 kilograms of tobacco from Grude. It was a different time back then. People worked hard, but they were still very healthy. We didn’t hold resentment against anyone or anything,” says Dragica.

According to the tobacco dealers, the job was difficult and dangerous as they transported the tobacco during heavy rain and cold weather, but they were physically prepared for it. They also knew that their families relied on them and the money they earned. With the earnings, some would buy land, machines, or cattle while others spent the money on fun things. Today, those involved in the trade agree that those times passed by in the blink of an eye, but they will always remember it as the Age of Yellow Gold. 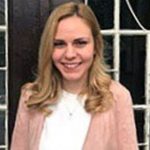 Monija is a Balkan Diskurs trained youth correspondent from Široki Brijeg. She graduated from the Faculty of Philosophy, University of Mostar with a degree in English, literature, and journalism. Monija has experience in online, TV, and radio journalism and public relations.

We Didn’t Have Much, but We Were Surrounded by Good People

We walk through life meeting people at every turn. We know that most are not there to stay, but each has a potential lesson to teach us about the world and about ourselves. There are those, however, who change the course of our lives forever. Those rare individuals who better your life, or even save it. Ordinary heroes. This is the story of a family of ordinary heroes who embraced my family and me in a time of need, and who love us for who we are despite the differences that may exist between us.
January 9th, 2019