Food can be used to resolve or create conflict. Can culinary diplomacy and gastro-diplomacy increase an appetite for peace?

Two basic and universal human desires are the desire for peace and the desire for good food, but what these mean for different people and how to achieve them are debatable.

It isn’t surprising that peace and food are often connected. Local cuisines reflect the historical tides of conflict, colonisation and migration. For example, Jewish refugees from Russia are the reason why the British gorge on fish and chips and smoked salmon. More recently, Lailia el-Haddad found that Gazans have altered their cuisine in innovative ways to allow traditional dishes to survive the adverse living conditions in Gaza.

What is surprising is that food does not only passively reflect history – food can actually alter history. And it is only recently that the modern world is beginning to notice.

The Arab Spring pushed the issue of food security to the forefront of international thought. Egyptian protesters called for “bread, freedom and social justice”, in that order. More recently, a lack of affordable food has been linked to unrest and war in Syria and Libya. As climate change alters ecosystems and impacts crops, food security is set to become a more pressing challenge.

Yet, there is an emerging movement that suggests what we eat, as well as how much we eat, can provoke conflict or peace. If so, food should be taken seriously as a tool for conflict resolution.

In Hillary Clinton’s words, food is the “oldest diplomatic tool”, having always adorned negotiating tables. Food researcher, Sam Chapple-Sokol, noted how the hallowed act of breaking bread at peace negotiations signals the potential for peaceful co-existence between rival groups. He calls this “culinary diplomacy”, which he defines as “The use of food and cuisine as an instrument to create cross-cultural understanding in the hopes of improving interactions and cooperation.”

This idea is well tested if not widely understood. Currently, the University of Haifa is conducting research that indicates that people have more positive perceptions of those around them after sitting down together over a shared meal. Knowing this, the chefs that provide for diplomatic occasions meticulously prepare for foreign dignitaries, aiming to impress them with their own cuisine and with their mastery of the cuisine of the guests.

Yet the scope for culinary diplomacy may be limited. It seems improbable that any amount of champagne and soufflé will persuade Kim Jong Un to give up power. It is doubtful that forcibly preventing world leaders from eating haggis (sorry Scotland) would lead to greater cooperation on combating climate change.

Even so, neither peace nor good food are the sole preserve of envoys and ambassadors. States have increasingly engaged in what Paul Rockower calls “gastro-diplomacy”, or gaining favour among foreign publics by promoting their national cuisines. Rather than using the dining experience to butter up leaders, gastro-diplomacy utilises national cuisines to create positive perceptions of various national identities, enhancing tolerance and cooperation between people.

Thailand’s Global Thai campaign was one of the first explicit gastro-diplomatic efforts, whereby Thai chefs were encouraged to go abroad and set up culinary outposts. South Korea followed suit, launching a US$44 million program to promote Korean food and culture. For example, Korean expats in America experimented with fusing the cuisines of Korea and the USA to create spicy Korean Tacos.

Taiwan has also used food to gain recognition and help differentiate itself from its neighbour, China. It also wishes to promote Taiwanese food in China to improve the attitudes of Chinese people towards Taiwan in an attempt to soften the sometimes hostile attitude of the Chinese government. This strategy is not limited to ‘middle powers’. In 2012, the US government established a Diplomatic Culinary Partnership that sent elite American chefs around the world to showcase US cuisine.

The proof is in the pudding, and by all accounts, these campaigns have worked. Braden Ruddy found that after eating the food of a particular country, nearly 56% of the people in his study changed their opinion of the country and 84% considered traveling to the country. Ruddy also found that conflict-afflicted states that engaged with gastro-diplomacy, such as South Korea and Colombia, were able to forego their previous tag of being a warzone and become known for the quality of their cuisine.

An increasing number of non-state “para-diplomatic” initiatives have taken gastro-diplomacy further. Most famous is the Conflict Kitchen in Pittsburgh, USA, which has inspired other incarnations. The Conflict Kitchen is unique in that it only serves food from states with which the US is “at war”. The aim is to emphasise the shared experiences of all people, and to humanise those who are often demonised in the media. Food can be an effective vehicle for raising awareness and inspiring deeper discussion.

Other exciting ideas are emerging. Some projects seek to use the production of food to engender cooperation and understanding between previously warring groups. For example, the artist, Michael Rakowitz, set up a food truck called the Enemy Kitchen, where Iraqi chefs and US veterans of the Iraq War work together to cook and serve food. Here food is being used to resolve tensions. To achieve their common goals of making good food and turning a profit the chefs are incentivised to resolve their differences.

In understanding that eating food is an emotive and deeply cultural act, we also see how food can divide as easily as it can unify. All human groups, from nation states to families, claim dishes as their own to the annoyance of others. For example, many condemn Israel’s cultural appropriation of famous Middle Eastern dishes such as hommus and falafel. In the south Caucasus, the Armenian and Azerbaijani governments have long bickered about the ownership of dolma, or stuffed vine leaves.

Put simply, food means a lot to us. We can use food to preserve or assimilate cultures, placate others or pursue our own cultural and political goals. Consequently, it is important that we learn how to make food a tool of conflict resolution rather than a source of conflict.

In the Balkans, which has experienced more than twenty years of post-war tension and political stagnation, might it be a good idea to look outside the box and onto our plates? Gastro-diplomacy can engage everyone rather than just the suited politicians in Belgrade, Banja Luka and Sarajevo. By sharing our recipes and cuisines we can share our rituals, stories and understandings; identify our shared experiences and accommodate and celebrate our colourful cultural differences. By cooking together we can build common goals, foster cooperation and long lasting relationships. If you eat, you can be a gastro-diplomat. 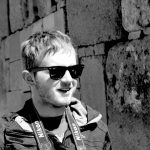 Alastair Carr is a former intern of the Post-Conflict Research Center in Sarajevo. He is studying International Relations at the University of Edinburgh.

Lack of Environmental Awareness in Bosnia and Herzegovina

Climate change is real, but the Bosnian government and society have not sufficiently developed mechanisms to cope with it, such as “green” reforms that improve environmental awareness. However, there are young people who are engaged in activism. One of them is Emir Delić, a 28-year-old from Bihać, who shared his ideas at the Youth for Climate Conference in New York.
December 23rd, 2022

Defining and Responding to Femicide in Bosnia and Herzegovina

Violence against women in Bosnia and Herzegovina (BiH) is widespread, but often goes unnoticed until the final iteration – murder.
January 13th, 2023