Many would argue that there is no prosperity or hope in this country. Young people are leaving to seek employment elsewhere, so who will be responsible for carrying out the changes necessary for a prosperous future?

Many would argue that there is no prosperity or hope in this country. Young people are leaving to seek employment elsewhere, so who will be responsible for carrying out the changes necessary for a prosperous future? This is the story of an Academy and 20 exceptional young people from across Bosnia and Herzegovina, who set aside the divisions imposed upon them in an effort to become leaders that will bring about positive change in their communities.

The story begins in 1993 with a group of German students who decided they wanted to help young people in Bosnia and Herzegovina (BiH) and Croatia during the war from 1992 – ’95. Their humanitarian action achieved significant enough impact that it resulted in the establishment of the Schüler Helfen Leben foundation (SHL), now Germany’s largest humanitarian organization managed by young people. As the organization continued to develop, many short- and long-term, youth-centered projects were delivered and a new opportunity emerged to empower youth and provide them with the means to promote changes they wanted to see in their society.

After the war in BiH was over, one of SHL’s primary incentives became creating conditions in which young Bosnians could further their skills to initiate positive change in their local communities through activism. Through activism, young Bosnians could become active agents of the causes they believed in, gaining a new sense of autonomy and responsibility. This idea would eventually give birth to what is now known as the “Academy for Young Leaders in Civil Society”

SHL’s Academy for Young Leaders in Civil Society offers an intensive educational program that aims to educate 20 exceptional young people each year from across BiH who have the potential to become the ambassadors of change. With the support of mentors and certified trainers, this one-year program emphasizes the importance of individual growth through the learning and application of vital leadership skills.

As I sit inside the SHL training institute in Sarajevo waiting for my first interview, I am surrounded by colorful walls, paintings, and images that elicit motivation and creativity. I arrived at the Academy that day with the goal to speak with some of its members and get their perspectives on the program and its impact. I first spoke with the Academy’s program coordinator, Adnan Pripoljac, who explained that one of the primary aims of the Academy was to “introduce a specific set of values, skills, and knowledge that could help transform students into leaders.”

Adnan went on to explain that the program focused on three basic pillars as part of its formal and informal educational approach. The first pillar – lectures. The young people who are selected to for the program attend a series of educational modules that present a number of important topics, including personal development, activism strategies, social research, media literacy, academic writing, and political and economic development. The program’s second pillar is the Capstone project, which is a community-based project that each participant develops and implements before graduating from the Academy. Finally, the third pillar is based on gaining real-world experience through a two-month internship, intended for every student to gain a sense of independence, while working in different communities and living outside of their comfort zones.

The Academy is not only about the three pillars of education, however, it is also about bringing together 20 young people from across BiH who have different religions, nationalities, and political views so that they can learn about one another, create new friendships, and work together towards the same goals. By educating Bosnian youth in an effort to improve the quality of youth engagement in society, the Academy hopes to set an example of leadership for other youth across the country via the work of its graduates. This is based on the premise that ‘a leader encourages others in their local community to step forward and become more active’.

One of the most important components of the Academy’s program is its lecturers. The curators of the lectures are meant to serve as “role models for the students,” says Pripoljac. With this in mind, I set off to speak with a Darko Brkan, Founder of the Sarajevo-based non-governmental organization Zašto ne (Why Not), an organization that promotes civic activism, government accountability, and the use of digital media in deepening democracy in Bosnia-Herzegovina. He is also a founding member of Dosta! (Enough!), one of Bosnia’s most prominent citizens’ movements for social justice and government accountability. Darko, who started his career just 11 years ago now stands as one of the most prominent ambassadors for change in the country. As a lecturer of the Academy, he teaches the Activism and Technological Skills modules.

I asked Darko what he believed were the biggest challenges facing Bosnian youth today. Darko remarked, “BiH is full of challenges, so it is hard to pinpoint where to start. But there is hope that these problems can be solved if we set aside our differences and come together to change the political makeup of this state,” says Darko who believes that youth activism is powerful enough to overcome many of today’s challenges if the efforts are strategically focused.

“We live in a time that requires a lot of patience and effort and you need a lot of passion to achieve great things, If you look at other countries, you can find examples of how activism has been used to make sustainable and significant changes. I don’t think it should be different in Bosnia. Yes, things are a lot more complicated and take a lot more time more time to achieve here, but I personally believe change is possible, otherwise, I wouldn’t be doing what I’m doing,” states Darko.

After speaking with Darko, I knew that my story would not be complete without getting the impressions of some of the program’s current participants.

Mirha Krivić (23) lives in Tuzla and studies Chemical Engineering and Technology. One of her goals during the program is to explore how she can use her specific skill sets and knowledge to contribute to the betterment of her local environment. I ask Mirha about her Capstone project and she explains, “My project is based on trying to meet the needs of young people in a small community called Srebrenik that belongs to the Tuzla Canton. The main goal is to create a space where young people can interact with other young people and work together on projects that contribute to their community.” Before attending the Academy, Mirha was engaged in a number of youth activism movements. She is a strong believer that change can be achieved in a community if “people are unified, motivated, and an overall effort is given.”

Marko Džoić (24), born in Vinkovci and an IT student at the University of Mostar explains, “The main reason I applied to the Academy is because of the informal education it provides, which is something I that wasn’t provided as part of my high school and university programs. The other reason I applied is that I wanted to meet new young people who are interested in the same things that I am and who want to change things in their surroundings for the better.” As is the case with Mirha, Marko also has an ambitious Capstone project for which he will attempt to establish a representative student body at the Federation entity level. He believes that such a body would help empower the role of students and increase their outreach capacity at their universities, and thus “improving the status of students who are dedicated to improving the quality of education in BiH”.

As my time at the SHL training house came to an end, I thought about the many young people who are deciding to leave this country and who have decided not to actively participate in trying to make a change. I then watched as the Academy’s students finished their lectures and prepared for dinner; their laughter, an indicator of the fun they were having as they shared this wonderful experience together. And I see that it is in the midst of BiH’s current political turmoil, its slow economic progress and high unemployment rate, and its slow process towards reconciliation that these young people have come together with optimism and a motivation to change the status quo. Thus, this story shows that there is hope, but in order to see change, we have to be that change because the future is youth. 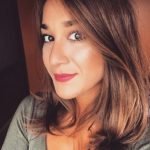 Giving Children Strength to Continue their Fight against Cancer

Fuad Halilović won the battle against one type of cancer 13 years ago, but he has not forgotten those who still have to fight for their lives – above all, children with cancer, many of whom have lost their hair in the course of long and arduous treatment. Together with his colleagues from the association …
November 14th, 2022

Ajla Delkić: Strengthening the Bosnian Community in the U.S.

The Bosnian American community numbers over 250,000 and the remittances that the diaspora sends account for well over 10% of Bosnia’s GDP. This community has now gathered around a unique non-profit organization whose primary goals are to advocate on behalf of Bosnian Americans and to advance Bosnia and Herzegovina’s EU and NATO integration.
June 27th, 2016