In her book From Outrage to Courage, feminist scholar Anne Firth Murray remarks: “Being born female is dangerous for your health. This reality may not be true for many readers, but for most women living in poor countries around the globe, it is devastating.”

In the same vein, most people are aware of the devastating consequences of tobacco consumption, though few people know that smoking unequally affects men and women. Smoking environments and the tobacco industry are particularly dangerous to women, whether they are active smokers or non-smokers.

Global health organizations systematically disaggregate their statistical data between male and female populations. Some primary reasons for this approach are that tobacco addiction provokes different health issues in men and women, and that smoking behaviors generally differ between the two sexes.  In a fact sheet on Gender and Tobacco published in 2003 by the World Health Organization, the authors remark that “[…] female smokers risk increased cardiovascular disease, in particular while using oral contraceptives, and higher rates of infertility, premature labor, low birth weight in infants, cervical cancer, early menopause, and bone fractures.” Due to hormonal factors, women are more prone to cervical cancers as well as complications due to the combination of contraceptive pills and tobacco chemical substances.

The difference between male and female smokers is also related to different “psycho-social aspirations” (WHO 2003). Distinct prevailing gender norms for men and women greatly influence reasons to take up or quit smoking. Gender stereotypes are fully exploited by tobacco industry marketing campaigns. For men, tobacco consumption is associated with virility, manhood, and adventure, values acclaimed as typically masculine. Conversely, advertisements targeting women associate tobacco with “seductive but false images of vitality, slimness, emancipation, sophistication, and sexual allure” (WHO 2003). In addition, many tobacco brands design so-called “light” or “slender” cigarettes, marketed as less harmful and aimed to attract non-smoking women and girls. The Tobacco Atlas points out that these marketing campaigns are especially harmful to gender equality. The website states, “[t]o appeal to more customers, the tobacco industry markets its products aggressively to women and children”.

At the global level, statistical data show a clear prevalence of male smokers. According to the Tobacco World Atlas “[g]lobally, 942 million men and 175 million women ages 15 or older are current smokers.” Charts presenting data for each country systematically indicate a higher number of male smokers, with some dramatic gender gaps in China, for instance, which has 236 million male smokers and 14 million women smokers.

Do these discrepancies mean that women are less in danger of dying from tobacco consumption? No, in fact, it’s quite the opposite. The high exposure to Environmental Tobacco Smoke (ETS) makes female non-smokers particularly vulnerable to the side effects of tobacco consumption. For instance, the WHO fact sheet remarks that “lung cancer death rates in the European Union are nearly three times higher for female compared to male non-smokers, which researchers attribute to exposure from spousal smoking”.

The Bosnian and Herzegovinian context reflects overall global trends between male and female smokers. The Tobacco Atlas for BiH shows that, despite the recent progress made in tobacco regulation policies, Bosnian men smoke 48% more than in other countries with a High Development Indicator (HDI), while 30% of Bosnian women smoke more. This gender gap in smoking habits is a clear indicator of the gender economic gap in BiH. As highlighted in a Gender Analysis Report published by Measure BiH, gender inequality in employment is high in both of BiH’s entities. One oft-cited statistic is that two-thirds of the unemployed population in BiH are women. As a consequence, in most Bosnian traditional households and in rural areas, women tend to have lower—if any—incomes than their husbands and cannot afford to buy tobacco.

A closer look at the World Bank report on The Tobacco Tax Increases and Household Welfare in BiH published last February reveals other interesting facts about tobacco consumption and gender inequality in the country. On the one hand, men and women suffer equal mortality rates from tobacco-related illnesses. In 2015, out of the total of 20,267 recorded victims of direct tobacco consumption, 10,300 were men and 9,927 were women. On the other hand, charts showing the medical costs of treatment for tobacco-related diseases surprisingly indicate significant gender gaps. Overall, women spend much less money on medical expenses to cure their tobacco-related diseases (see Table 6, page 23), with around 68 million BAM spent on men and 24 million BAM for women.

These various facts and figures indicate that tobacco-consumption, as well as second-hand smoking, is not only a gender-related issue in BiH but worldwide. Access to healthy living environments is a basic human right, however, a great majority of women must suffer the side-effects of smoking, especially in poorer countries where there is still a lack of tobacco regulation.

One should also bear in mind that smoking is connected to mental health issues, which are still prevalent in post-conflict societies like BiH. In addition, depression and other mental health issues are important factors for taking up smoking for both sexes in poorer countries. Unfortunately, mental disorders and addiction issues are too often stigmatized and many women worldwide lack access to free and quality mental health services. So, what solutions are available? The first priority seeks to assure that non-smokers are protected from the harmful effects of tobacco smoke. In BiH, the World Bank has recently launched the “Klima Bez Dima” initiative to ban smoking in public spaces across the country. In addition, more services like those of Asocijacija XY, who provides local youth with psychological support and reproductive health counseling, should be made more broadly available to women and girls in BiH.

To learn more about the Klima Bez Dima initiative and to sign the pledge to protect BiH citizens from exposure to second-hand smoke, visit www.klimabezdima.com. 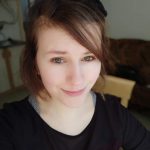 Jade recently completed an Erasmus Mundus Joint Master Degree in European Cultural Narratives, with a strong focus on Gender Studies. She is interested in gender issues in many areas, ranging from security policies to the arts. After residing in Poland, Spain, and Canada, she developed a strong interested in reconstruction processes and peacebuilding strategies. This led Jade to her current internship at the Post-Conflict Research Center (PCRC), where she expects to learn more about human rights advocacy.

For some time now, the public has criticized the ArcelorMittal steel plant in Zenica because of its direct ties to air pollution in this Bosnian-Herzegovinian town. Balkan Diskurs correspondent Adullah Kozlić spoke with ArcelorMittal's Environmental Protection Manager, Azra Sivro, about potential solutions to this problem, as well as the company's plans for the future.
May 31st, 2017

Imaginary Walls and Holograms of the Past

In the Bosnian media, war seems to have never ended. It simply seems to have continued through other means. Above us looms the hologram of war that prevents our confused minds from making sense of oft repeated and empty phrases.
August 26th, 2015