“Violent conflicts are social disasters which fundamentally change the trust relationships in a society. Trust is easy to lose, but takes a long time to rebuild.” – Kirsten Voigt Juhl, University of Stavanger –

“The key is to treat all victims equally, regardless of whose side they were on in the conflict. This builds trust, which is essential to societal safety,” says archaeologist Kirsten Voigt Juhl of the University of Stavanger (UiS) in Norway.

Juhl has participated in numerous forensic investigations of mass graves in Bosnia and Herzegovina (BiH). The understanding of what these investigations entail forms the basis of her Ph.D. work on risk management and societal safety at UiS.

Juhl has examined forensic investigations of mass graves as a social phenomenon, in which the aim is to rectify atrocities committed during violent conflicts and reconcile the various groups after the conflict has ended.

‘‘Violent conflicts are social disasters which fundamentally change the trust relationships in a society. Trust is easy to lose, but takes a long time to rebuild,” states Juhl.

From 1992 to 1995, Bosnia endured the bloodiest and most convoluted of the series of wars that erupted following the dissolution of the former Yugoslavia. The war claimed the lives of more than 100,000 people, 40 percent of whom were civilians. Genocide, crimes against humanity, war crimes, and gross human rights violations were committed on a large scale and by all parties.

The atrocities that resulted from the war led to the establishment of the International Criminal Tribunal for the former Yugoslavia (ICTY) in 1993.

“By the end of the war, 31,500 people were missing, which accounted for almost 30 percent of the fatalities. That tells you something about the problem society was facing,” explains Juhl.

Against this backdrop, all parties to the conflict were tasked with rebuilding their trust in each other and in the authorities. How, in this environment of widespread mistrust, could this be accomplished?

To find the answer to this question, Juhl examined the role of mass grave investigations played in the reconciliation and rebuilding process.

Juhl has been examining the outcomes of adopting a domestic Law on Missing Persons, which was passed in 2004 in Bosnia and Herzegovina, establishing a Missing Persons Institute at the state-level. The Institute, co-founded by the Council of Ministers of BiH and the International Commission on Missing Persons (ICMP), was formally established in 2005, but only began to operate in 2008 – thirteen years after peace had been declared.

“The commissions thus perpetuated the polarization and distrust between the groups that had been created by war. To maintain ethnic divisions, however, poses a serious threat to future societal safety,” explains the researcher.

According to Juhl, “The shift enabled the authorities to demonstrate that all of the war’s victims were of equal worth and were equally represented. This was a vital step towards rebuilding trust.”

Among other sources, Juhl has based her research on interviews with key authorities responsible for investigating the mass graves as well as key representatives for the families of missing persons.

The Right to Know

The ICTY investigated mass graves with the aim to secure evidence for the trials in which the individual identity of the victim was not essential.

Instead, the International Commission on Missing Persons (ICMP), established in 1996, has driven the process of identifying the individual victims. The organization developed a unique, cost-effective, and highly effective method of analyzing and matching DNA from bones to the DNA of living relatives.

International humanitarian law grants the families of missing persons the right to know the fate and whereabouts of their loved ones. This right is further defined as a human right by the UN.

As a result of intense pressure from the relatives of missing persons, the Law on Missing Persons was passed in 2004 giving families’ rights that went beyond the rights provided by international law. Among other things, it meant that the search for a missing person whose body had not been found would not be terminated even if that person was legally proclaimed dead.

“Families needed this legal proclamation so as to claim social and financial rights, such as inheritance, property transfers, life insurance, and social benefits – for instance, sole provider benefits,” states Juhl.

She continues, “It is one thing to acknowledge the rights of people with whom one sympathizes. Towards the people to whom one is not sympathetic, it becomes much more difficult. It is, however, crucial to overall societal safety that a state protects the rights of all members of society.”

“Social trust is critical to societal safety. The population has to be able to trust that social functions and systems will work. Authorities who are not trusted – or who do not deserve the trust they are granted – will not be able to build trust between the different groups within a society or between people in general,” explains Juhl.

So what is the overall level of trust in BiH – both trust between groups and people’s trust in the authorities – more than 20 years since the war has ended?

“Trust in the police, the health services, courts, and other executive authorities is quite high, but there is widespread distrust of the legislative agencies and a strong contempt for politicians,” says Juhl.

She cites widespread corruption, 60 percent unemployment among young people, and that 20 percent of the population is living below the poverty line.

“These are the problems that concern people. Ethnic differences are less important,” says Juhl.

“Three quarters also believe that the authorities actually work towards fulfilling the right to know what happened to the missing persons and that this work contributes to reconciliation and a better future for the country,” says Juhl.

31,500 people were missing at the end of the war. To date, approximately 23,000 have been found and identified. While one may look to the number of those still missing persons as evidence of failure, the results of the investigations of mass graves in BiH have been the most successful in history.

“The results are unprecedented and the methods have become a best practice for other countries around the world that are facing the same problems,” concludes Juhl.

This article was first published on the University of Stavanger website and has been republished on Balkan Diskurs with the consent of the author.

More about her the author and her publications can be found here. 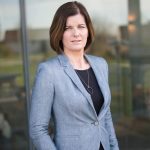 Benedicte Pentz is a researcher, journalist, and author from Norway. She currently works as the Communication Advisor at The strategy and communication department of the University of Stavanger (UiS).

The Pretty Woman Forum is a Facebook group that has 47,826 members from across BIH, the region, and even the world. The initial aim of the group was to serve as a place for the exchange of information, advice, and experiences, however, over time, it became a service for helping people in need.
August 16th, 2018

Vital Voices: Investing in Women for a Better Tomorrow

On every professional path there are roadblocks. When working in human rights and peacebuilding in a post-conflict society, these roadblocks can be particularly numerous. In the constant struggle to continue moving forward, a network of supporters and mentors is truly invaluable.
March 29th, 2017