Rohingya Muslims are one of many minority groups in Myanmar. After stripping the Rohingya of their citizenship, the predominantly Buddhist country purged the Muslim minority from Myanmar by conducting military raids, killing thousands of Rohingya, and forcing many more to flee.

The world will not be destroyed by those who do evil, but by those who watch them without doing anything. – Albert Einstein –

Ayub stands with the sun at his back, remembering the atrocity that befell his community in the land he once called home. “I was in Myanmar… One night, a group of rough men came and ruffled up our house. Some soldiers from the Myanmar army raped my wife and sister-in-law in front of my eyes. My hands and legs were had been bound. They were about to kill me, but, in the end, they spared my life… My wife died 6 months after we escaped to Bangladesh. I cannot forget the torture they bestowed upon us… They are not human, they are animals.” 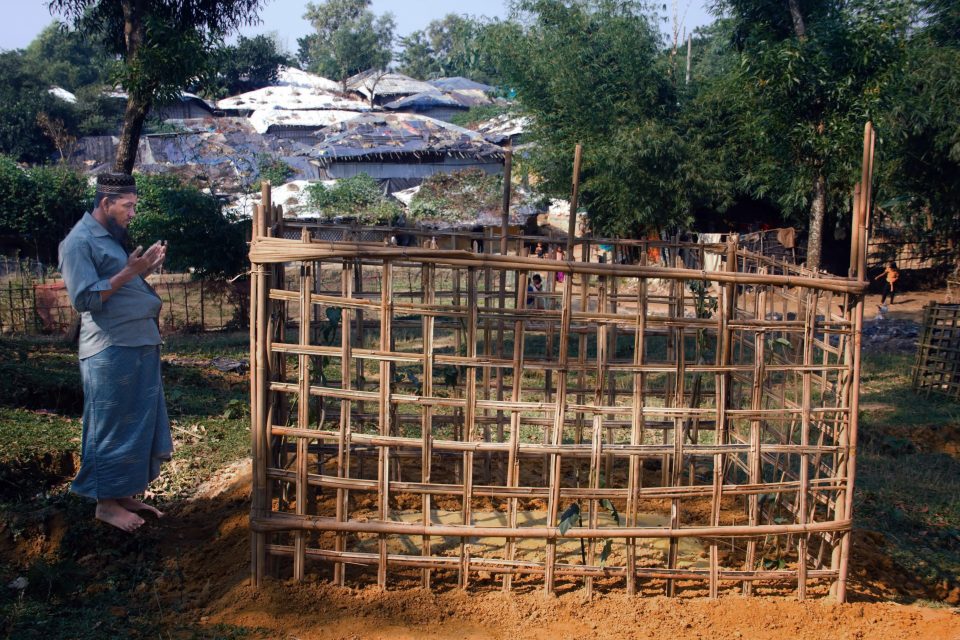 Myanmar is home to many minority groups, including the Rohingya Muslims who predominantly reside in the country’s Rakhine State situated on the western coast and who have been plagued by violence, siege, and mass exodus since the country’s military began executing a strategically planned genocidal campaign in August of 2017. What initially began as the military’s response attacks on police and military posts by the Arakan Rohingya Salvation Army (ARSA), has morphed into the world’s fastest-growing crisis; ethnic cleansing of the Rohingya people that has been unfolding over the past two years. After stripping the Rohingya of their citizenship, the majority Buddhist country then purged the Muslim minority from the country by conducting military raids, killing thousands, and forcing many more to flee. 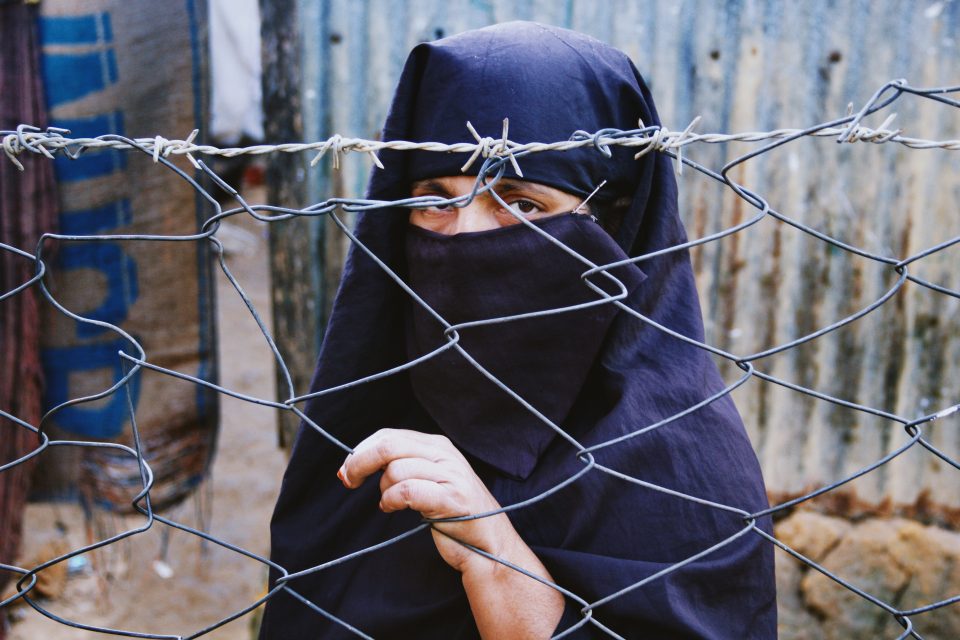 Janob Bahar’s family was torn apart by the ethnic cleansing as she and her children were forced to watch as her parents were ruthlessly killed by members of the Myanmar army. 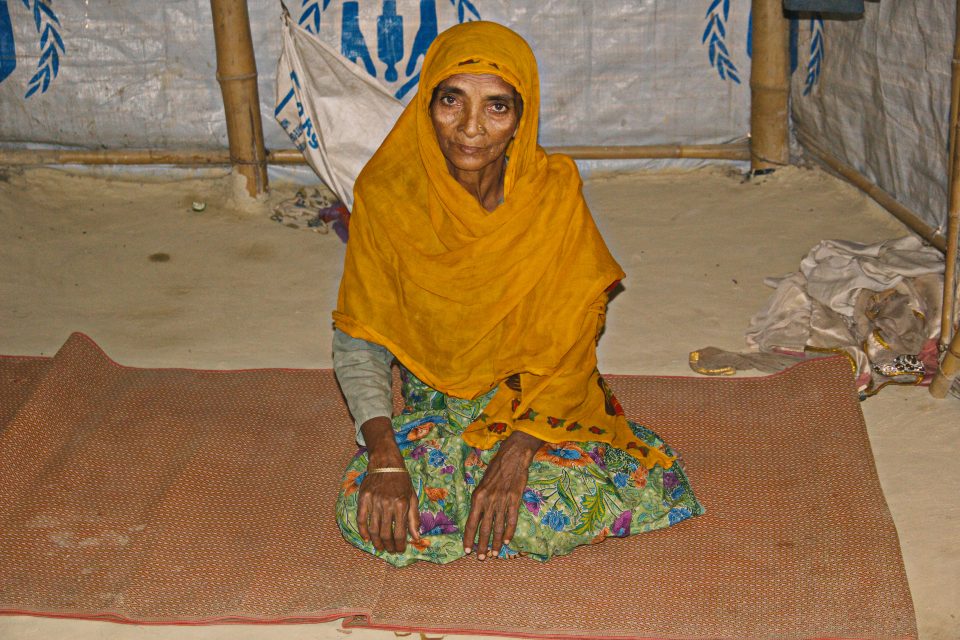 The Rakhine State has been rife with ethnic division and the Rohingya have faced discriminatory practices since gaining independence from the United Kingdom in 1948. British colonial rule allowed laborers from India and Bangladesh to migrate to Burma, something unfavorable in the eyes of the native population and the government. Thus, the State has labeled the Rohingya people as illegal immigrants and has targeted the vulnerable community. While the international community has condemned the crimes against humanity that are unfolding, nearly 700,000 Rohingya have fled Myanmar to seek refuge in Bangladesh and various other places overseas. 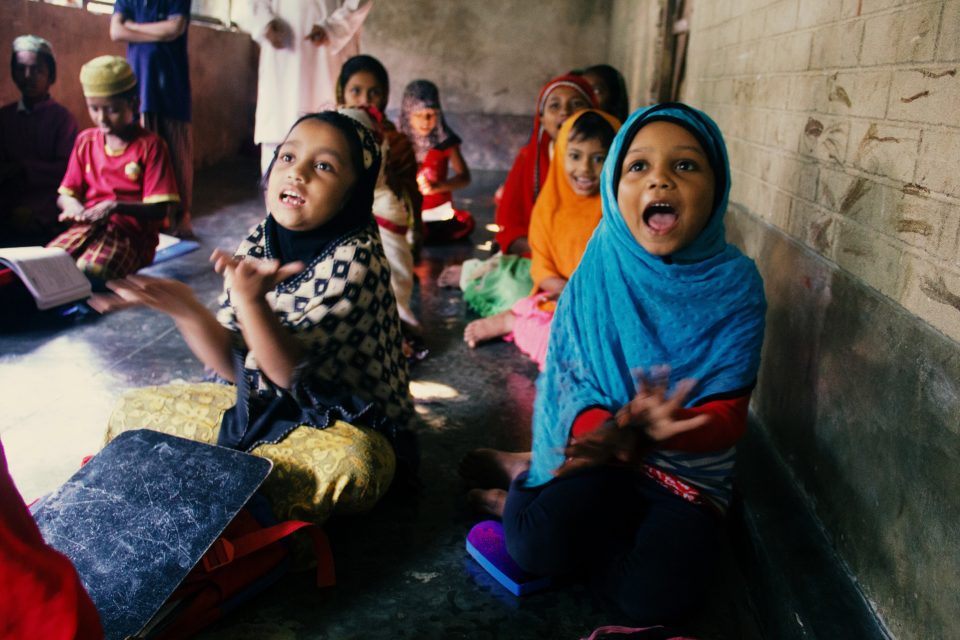 Those who have crossed into Bangladesh have primarily sought refuge in Kutupalong and Balukhali, now Bangladesh’s largest refugee settlements, as well as other surrounding makeshift camps that were established in an attempt to deal with the refugee overflow. 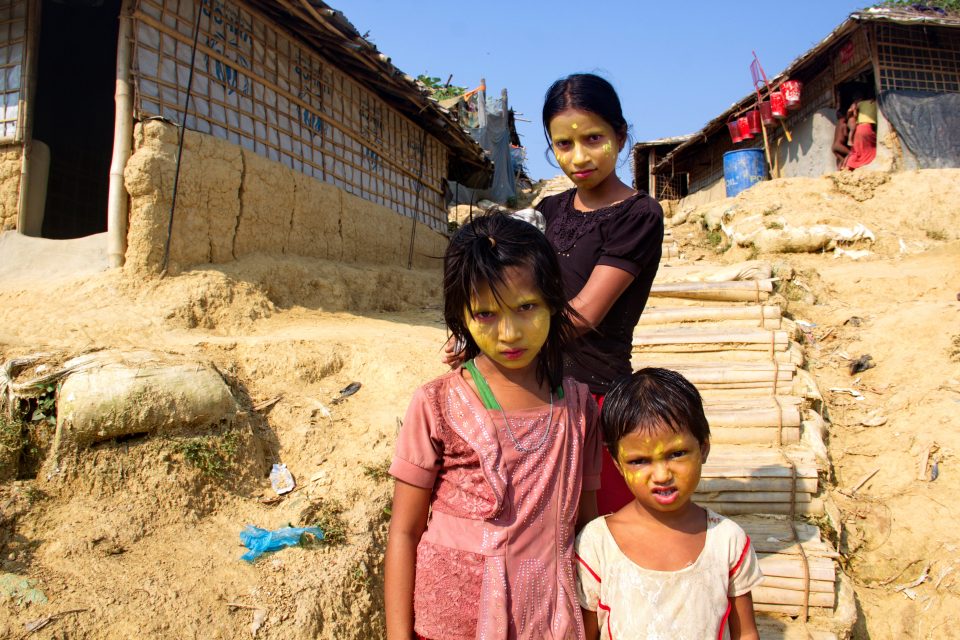 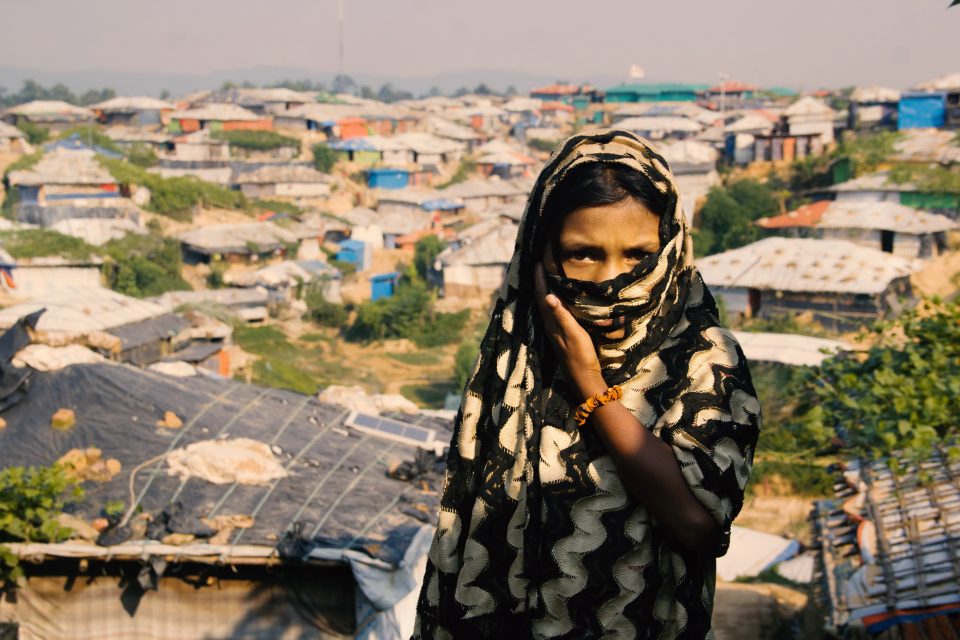 Although many refugees report having access to doctors, hospitals, and education, the issue of scarce resources remains and, thus, many of their basic needs often go unfulfilled. Even the UN’s appeal for $951 million USD in assistance would still not be enough to secure the basic needs nor provide services required by Bangladesh’s 1.2 million Rohingya refugees. To make matters worse, only 18% of the requested amount has been received. As a result, Rohingya face exceedingly extreme conditions as a result of the over-populated camps, a lack of hygiene, the spread of disease, and malnutrition. 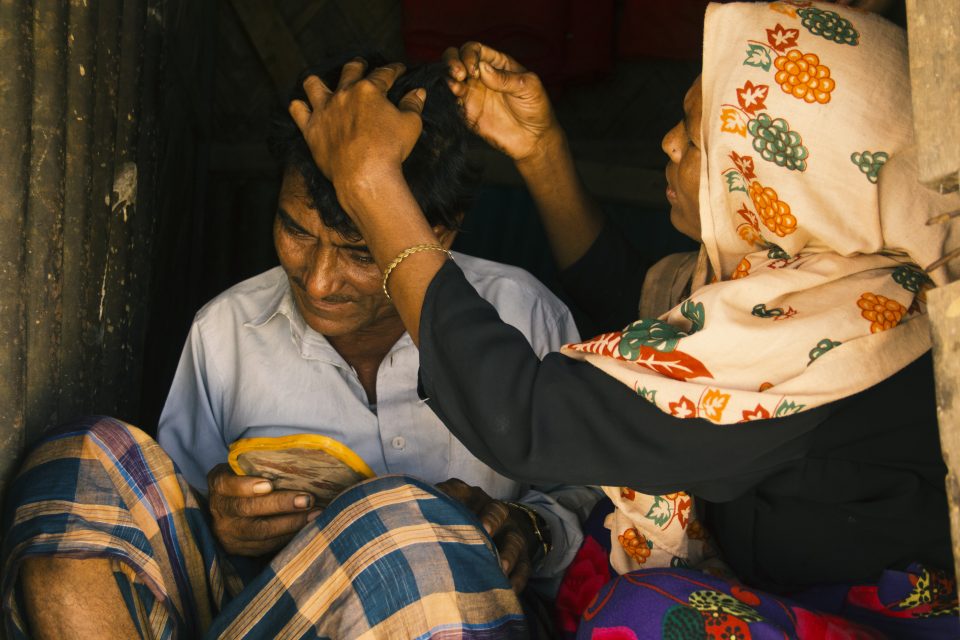 The solution to escape Myanmar’s ethnic cleansing by fleeing to Bangladesh is certainly an imperfect one, but as many of the refugees and the United Nations have reported, the hardships they must face in Bangladesh pale in comparison to the danger that awaits them if they return to the Rakhine State. It is only a matter of time until the Rohingya are forced to return to their home country, therefore, the question is when. For Bangladesh, repatriation must occur soon as the developing nation does not possess the capacity to manage the copious number of refugees. The UN Commissioner for Human Rights, Michelle Bachelet, has urged Bangladesh to refrain from expelling refugees and has declared that the UN agency would not facilitate the repatriations. 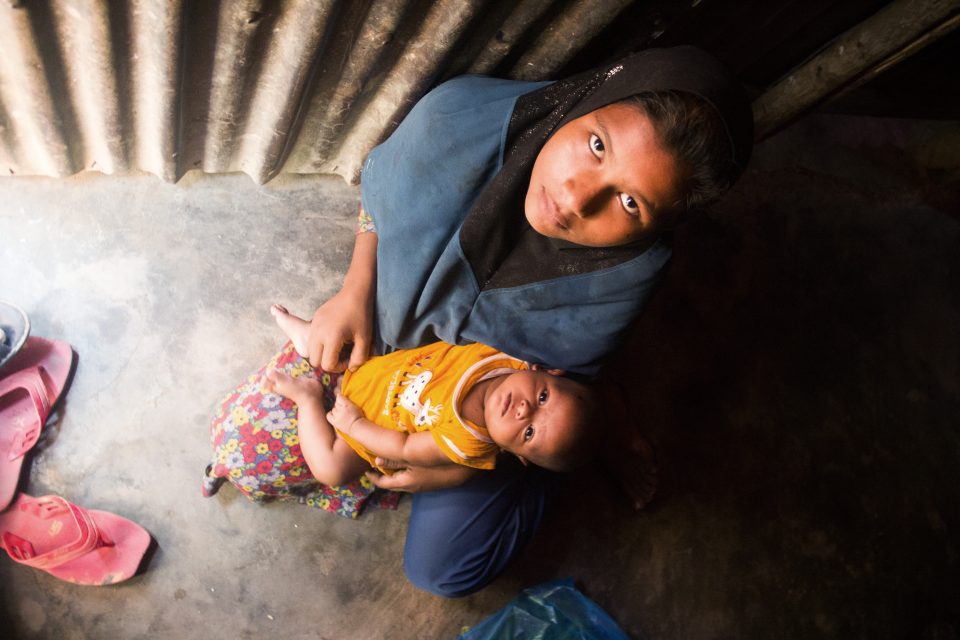 Homeless, unwanted, and forced to move from one place to the next like pawns on a chessboard, refugees must endure some of life’s most difficult hardships. However, we must not lose sight of the burden the displaced carry on their shoulders, nor should we forget about their untapped potentials and the truths they have yet to tell that could unlock possible approaches to better address the refugee and migrant crises currently taking place across the globe. 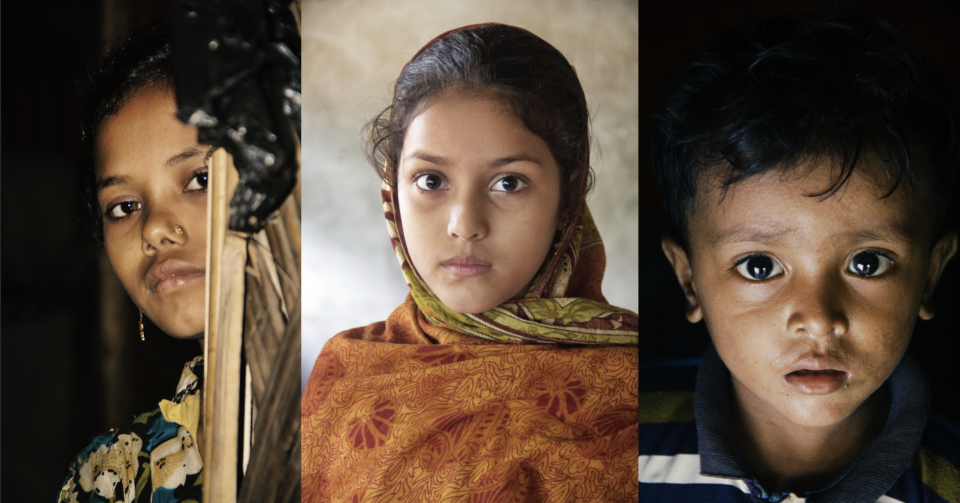 Nasif Imtiaz is a documentary photographer from Bangladesh. His work focuses on human rights issues, the underprivileged or deprived societies of Bangladesh and people who are denied their basic human rights.

An Investment in Bosnia’s Future: Compensating Survivors of Sexual Violence

The sexual violence endured by women and men during the Bosnian War has had a concrete and lasting impact on survivors.
August 25th, 2021