“I approach each and every man as a human being. At no point do I care if he is from Pakistan, Morocco, Algeria. I see a human being in need in front of me, and I act in accordance to that. This is how it all starts actually,” says Senad Pirić as he begins his story of humanity, empathy and solidarity. Senad has dedicated himself to helping refugees and migrants.

The first migrants and refugees started coming to Tuzla in May 2018. Then, while still working as a journalist, Senad had the task of covering a story about them. However, his mission did not stop there. Ever since then, together with other volunteers, he has helped hundreds of people on the move, so that they don’t spend the night hungry and thirsty.

“The first year was relatively easy for us, as Tuzla citizens did not notice these people. They would come here at night, they slept here, at the train station, in the park. And only with the help of good people did we manage to help them,” he says.

However, the situation has become more complicated. An increasing number of migrants have come to Tuzla. Intolerance and insecurity have emerged among the citizens, and the authorities have no solution. Volunteers have less and less resources to provide assistance. Instead, they, too, face condemnation. The support of the local population is lacking.

“Individuals cause problems, and based on that, stigmatization is created. And that is something we volunteers feel on our skin as well. When they removed these people from the station, only then did the real lynching begin. We are accused of human smuggling, equipping them with weapons and the like. But in reality, [critics] can’t find imperfections with us or our work, nor anyone who works with us, because we do this with all our hearts and without any personal interest, and that’s somehow incomprehensible to people,” says Senad.

Volunteer Amila Rekić also testified about the tremendous public pressure. In addition to her work at the Safe House in Tuzla, she often spends her time at the bus station. Due to negative comments, accusations and lack of funds, the number of volunteers has been reduced. Some of the citizens, she says, thought that if there was no help from volunteers, migrants would no longer come to Tuzla.

“Generalization is the problem here – the mistake of one person becomes the mistake of everyone else. We constantly say that the media reports only negative things. I am being completely realistic. Yes, there are groups of people who cause trouble. And that happens as a consequence of losing everything, including being stripped of basic human rights. It happens either because all that stress, anxiety and other things accumulate, or because they are simply that kind of individual – as some of us are. They are not worse or better than us, we are not better or worse than them,” says Amila.

Migrants do not come to the bus station just for transportation. They stop by a restaurant next to it as it is the only place where they are treated as people.

Azra Alibegović is the owner of the restaurant. Migrants come for coffee and lunch, but also to take a shower, charge their phone or just talk. As a token of gratitude, they often help clean the restaurant’s garden.

“When the waitress takes the broom, they take it to sweep. In the evening, when we close, they put away chairs, tables, take down parasols, and say their greetings. In these three years of working with them, I have never had a single incident. They are good to me here, they respect me, and I respect them as well,” says Azra. Problems still came, but from other sources.

“Business has fallen off, and as it comes to local people, they now don’t want to eat here. And when I was looking for a worker, they immediately would say ‘no, there are migrants, I wouldn’t work with them.’ This is very challenging. Recently, the police came, as migrants are no longer allowed to gather at the station. The policeman said, ‘Azra, you have migrants in the restaurant again,’ and I said, ‘they are my only customers, I can’t chase them away.’”

While Azra defends her customers, they prefer to talk about positive stories and experiences. Senad says that many of them come with the desire to find a job.

“One of them has, for example, a talent for painting and drawing on walls. We had one hafiz of the Qur’an, we had a man who makes carpentry, a man who cooks and arranges food, and now they all beg in the streets of our country while somewhere else their talents would be appreciated. This society does not allow any inclusion of these people and those talents we witness daily, unfortunately, are not recognized by others,” says Senad.

There are also two friends at the station who, in addition to sharing the same name – Hamza – often share a spot to sleep under the open sky. They met while they were in Serbia and reunited again in Tuzla.

They have many issues with the police, not because they are doing something they shouldn’t, but, as they claim, just because they are here. They say that the police are rude. They take their money, break their phones, drag them to unknown places, so it is difficult for them to cope with all of this. That’s why they don’t trust the police.

“It’s all due to a broken system. You can’t talk to them, they are superior, above everyone and everything. I don’t like causing any trouble, and I don’t like talking to a lot of people here. The two of us are friends. I don’t want to meet a lot of people, so I don’t get in trouble. I left my country because of the government, and the government here is the same as in my country,” says Hamza from Morocco.

He also complains that others perceive them as strangers, and that they do suffer because of some individuals. “They think we’re all the same. I know some are causing problems, but we are not the same,” he says.

They are grateful to the volunteers, especially to Azra. They try to help her as much as they can because, as they say, she is kind to them. However, this is not their final destination. Europe, for them, means freedom. They hope to be able to move to some better-governed countries where they will be accepted.

The fact that volunteers are the first ones migrants call when they cross the border and arrive in another country speaks volumes about how much they can bond and make friends with others. That means a lot to them, says volunteer Amila.

“Basically, I think they really see us as their family and the ones who support them. And the fact they call us once they leave the country testifies that. We follow the course of their lives, we stay in touch. We meet their families. The most emotional moments are those when mothers of some appear on the other side of the screen and then cry and thank us for providing them with a meal or shoes that day or for finding them accommodation,” she says.

Volunteers say they just want more support and understanding from the citizens and the authorities.

“It is not enough only to feed them or find them a place to sleep. I want to give them back their dignity, I want them to see that they do matter. Many cannot see from their blindness, hatred, prejudice, ignorance. We simply have to be humans and not judge others,” concludes Senad. 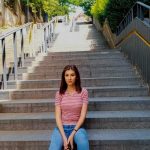 Belma is a Balkan Diskurs trained correspondent from Banovići. Belma is finishing her journalism studies, through which she has become interested in various branches of journalism. At the moment, she is enjoying studying the media and its influence on various segments of society. There are several organizations and institutions that focus on this topic, and Belma hopes to succeed in this area as well.

The Goodness Within Us

Sister Blanka and Mualima Šejla traveled on quite different paths through life, but those two paths left them with the same desires and motivations. Sister Blanka’s journey began in flat Slavonian County. Mualima Šejla, along with her mother and two sisters were forced out of Bratunac, a town in eastern Bosnia near Srebrenica, during the …
April 6th, 2020