“For the dead and the living, we must bear witness.” – Elie Wiesel

On April 30th, 2020, the Post Conflict Research Center (PCRC) and the Srebrenica Memorial Center partnered with the Together We Remember coalition to participate in a 24-Hour Virtual Global Vigil to commemorate victims of genocides and mass atrocities. For the event, several leading genocide and human rights organizations, scholars, and activists came together to contribute to remembrance at a global scale. Over the course of 24 hours, the event featured educational presentations, touching artistic performances, and name readings in honor of genocide victims.

David Fox-Estrin, the Founder & CEO of Together We Remember, was only a junior at Duke University when he was motivated by the passing of his grandfather to begin a campaign that would become his life’s calling. David’s grandfather, James Lichtman, was a Holocaust survivor who spent his life sharing his story of survival. To carry on the legacy of his grandfather in the tradition of l’dor v’dor, an idea in Judaism that refers to the responsibility of passing on knowledge from generation to generation, David organized an event on campus for Holocaust Remembrance Day where he read the names of victims of different genocides for 24 hours.

Since then, the #TogetherWeRemember campaign has grown into a powerful, global movement that motivates people from all over the world to hold name reading vigils in their own communities. The cornerstone of David’s campaign is his dedication to spreading awareness of all genocides and providing a platform for participation regardless of age, ethnicity, or location. As a testament to David’s commitment to the idea of “Never Again,” a 24-Hour Virtual Global Vigil was organized for the end of April despite complications from COVID-19. The vigil was livestreamed on Facebook Live so people around the globe could tune in for the commemorative event.

David Fox-Estrin says, “We reached thousands of people in 114 countries, according to our metrics, which was so far beyond what we were envisioning in the first place.” According to David, over 50 organizations and individuals from 20 different countries hosted programs for the 24-Hour Virtual event. The Post Conflict Research Center and the Srebrenica Memorial Center were two Bosnian based organizations that collaborated with each other on the 24-Hour Global Vigil to bring awareness to the ethnic tensions and denialism of the Srebrenica Genocide that persists in Bosnia and Herzegovina.

The program hosted by PCRC and the Srebrenica Memorial Center for the 24-Hour event, “Remembering the Past to Rethink the Future: 25 Years after the Srebrenica Genocide,” featured discussions on the Srebrenica Genocide and the legacy it has left behind. Tanya L. Domi, President of PCRC’s Advisory Board and Adjunct Professor at Columbia University, opened up the program with a sobering reminder of the devastating consequences of the Srebrenica Genocide, “This year, on July 11th, marks the 25th anniversary of the worst massacre and crime of genocide since the conclusion of WWII. On that fateful day of July 11th, 1995, more than 8,000 Muslim boys and men were murdered. Their mothers and sisters and some of their smaller brothers were separated and ethnically cleansed from Srebrenica.”

Following a brief introduction, PCRC screened an episode from their award-winning documentary series, Ordinary Heroes. The documentary highlights the courage of many Bosnian citizens who risked their lives during the war in Bosnia-Herzegovina to rescue those who were most at risk of persecution. The story that was chosen for the event was that of Zoran Mandlbaum, a Jewish leader in the city of Mostar who chose to stay and provide humanitarian aid to people who were trapped on the East side of town or in nearby concentration camps. Despite threats on his life, he persevered and contributed to inter-ethnic rescue that has inspired young people in Bosnia and Herzegovina to look past nationalist narratives.

After the documentary screening, Hikmet Karčić, a Ph.D. Genocide Scholar, provided some historical context for the Bosnian Genocide. He brought up two important points about the Genocide which he believes many foreign scholars have failed to consider, “Firstly, this was not an ad hoc project coordinated by some local madmen in Bosnia … This was a government policy which was mastermind, financed, and supported by Belgrade.” Hikmet adds, “Bosnian Muslims were dehumanized solely [based] on their Muslim heritage. Even those who did not consider themselves Muslim or religious were targeted. The perpetrators, rather than the victims, decided which identity you belonged to.”

Hikmet’s illuminating discussion was followed by Hasan Hasanović’s story of survival. Hasan survived the Srebrenica Genocide by joining “The Column,” a group of 15,000 Bosniak men who escaped from Srebrenica through the forest in the hopes of reaching Tuzla, the nearest Muslim territory (Remembering Srebrenica, 2014). On this harrowing 70-mile journey teeming with heavy artillery, gunfire, and minefields, Hasan had little food or water and could not sleep for fear of being killed. Only 3,000 Bosniaks were able to make it to safety, the others including Hasan’s father and twin brother, were gunned down or perished from exhaustion on the “Death March.”

According to Hasan, one of the most difficult days of his life was the day he had to bury his twin brother, “I had to put his bones in the actual grave with my own hands. We were twins. We wore the same clothes. We did everything together.” Despite his tragic past and personal trauma, Hasan has never stopped telling his story. Hasan is currently the curator for the Srebrenica Memorial Center and the celebrated author of Surviving Srebrenica, a personal memoir that recounts his experiences before, during, and after the Genocide.

To close out PCRC’s program, Jasmina Đikoli, a Bosnian journalist and radio host read part of the names of the victims of the Srebrenica Genocide. For 15 minutes, as the international community listened on in silence and solidarity, the memories of the victims were honored for a brief yet powerful moment. Over the course of 24 hours, PCRC connected with several artists, activists, and scholars from different communities in Argentina, China, Germany, Poland, Rwanda, South Africa, U.K., and the U.S.A. The 24-Hour Virtual Vigil was an unprecedented event that brought together global activists with the same mission of creating a powerful movement to end hate.

In the words of David Fox-Estrin and in the spirit of PCRC’s commitment to genocide awareness, “We see April and this culminating global vigil as our moment to demonstrate unity and further resolve and further inspiration, and then get back to work the rest of the year and then do it again.” 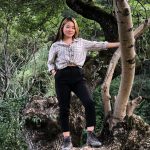 Linda Zheng holds a bachelor’s degree in Philosophy, Politics, and Law from Binghamton University. During her time as a student, she developed an interest in genocide studies and decided to pursue a career in this field. During 2020, she was an intern at the Post-Conflict Research Center (PCRC).

Achieving Inclusion in BiH and Serbia: Employing People with Disabilities

People with disabilities are among the most marginalized groups in Bosnia and Herzegovina and Serbia, facing discrimination and stigmatization daily.
December 27th, 2021

Štefica Galić is an editor and journalist, but above all, a human rights activist from Ljubuški. As founder and editor-in-chief of Tacno.net, she covers topics like freedom of speech and hate speech.  Her activism, however, began earlier--in the midst of the Homeland War.
March 27th, 2020