Bosnia and Herzegovina, a small heart-shaped country, has some of the most beautiful rivers and natural springs in this part of the Balkans. According to some traditions, the very name of “Bosnia” comes from the word Bosnae, which is the Illyrian name for the river Bosnia, which flows through our country.

Nowadays, we are witnessing the pollution of Bosnia and Herzegovina’s rivers, both by individuals and by various companies that want to get rich at the expense of our rivers and thus are destroying them for that selfish purpose. However, many bravely fight to preserve the rivers of Bosnia and Herzegovina, sometimes defending them with their own bodies. Among them is the Studio for Social Changes – ACT [Fondacija Atelje za društvene promjene – ACT], which was founded in 2020. The founder, Marsela Pećanac, from the United States, and the director, Lejla Kusturica, from Sarajevo, believe that all people should live in peace and harmony with each other and with nature.

Kusturica explains that as an activist organization, their primary mission is to connect, inspire, and empower activists, but they aim also to inspire artists of various kinds.

“We are not a project organization – we are not only there as long as there are some projects. We are here for a higher goal: to empower young activists and contribute to a healthier and more sustainable life in our local communities,” said Kusturica.

As for most non-governmental organizations, the beginnings were not easy for the Studio for Social Changes – ACT. However, it wasn’t long before their efforts bore fruit. Already in September 2020, they had the #jaBiHdatečem campaign to save rivers in BiH. They supported the Coalition for the Protection of BiH Rivers’ request to the Government of the Federation of BiH (FBiH) to comply with the resolution banning the construction of small hydropower plants.

In accordance with that resolution, Kusturica explains that last year, a proposal was submitted for the Bill on Amendments to the Law on Electricity in FBiH, which prohibits the construction of new small hydropower plants in FBiH. A few months ago, the #VodajeZakon campaign was launched, after which both houses of the FBiH Parliament adopted legal measures prohibiting the construction of small hydropower plants in the FBiH.

The #VodajeZakon campaign was also supported by Hollywood actor Leonardo DiCaprio, who, in addition to acting, is also involved in environmental activism. The ACT Foundation is grateful to the world-famous American actor for the support he provides, but they still point out that the main heroes of this story are Bosnian activists who have been struggling for years to preserve our rivers.

“The activism started in the village of Duge in Prozor, in 1997, and continued in Fojnica, Kruščica near Vitez, Bunski canals near Mostar, Jablanica, the Neretvica valley near Konjic, Kakanj, Foča, East Sarajevo, and numerous other places where the people clearly and loudly opposed the construction of these eco-cidal facilities,” said Kusturica.

In the course of preserving and protecting the natural resources of Bosnia and Herzegovina, activists encountered various obstacles. Their lives, as well as the lives of their loved ones, were often threatened due to their persistent struggle to protect the rivers from companies that want to use them for their own purposes. Despite all these negative experiences, the activists did not give up. They know that there is a greater goal: clean and free rivers in Bosnia and Herzegovina. It is in this goal that they find their strength and enthusiasm to continue this struggle.

“This is a fight that is certainly not easy, but if we know that there is a greater goal for the benefit of all of us and if we are all united as one and persevere in defending that goal – then nothing can be difficult for us,” said Kusturica. She emphasized that there are many enemies –the energy lobby on the one hand, and the political lobby on the other – who are content with everything in the country being sold for money.

According to Kusturica, the protest to protect rivers is probably the most sincere and the biggest in recent times. She recalled the brave women of Kruščica, activists who literally defended and protected the rivers with their bodies. “Consciousness is awakened in people and that is the greatest success and achievement,” Kusturica pointed out.

The Studio for Social Changes – ACT had its biggest struggle in the last few months before July 7th this year, when the House of Peoples of the FBiH Parliament adopted the Bill on Amendments to the Law on Electricity.

“This is a people’s law. It was really initiated by the people, and it is extremely important for the unimpeded flow of our rivers and the cessation of the construction of new HPPs,” added Kusturica.

After the adoption of measures in the FBiH Parliament, it is the Republika Srpska’s turn, and Kusturica believes that there will be significant action.

“Our planet is threatened by the climate crisis. We must protect wild nature because it is a prerequisite for the survival of all living things on Earth, and then we must educate and connect, in order to resist the forces whose only goal is to dominate, exploit, and profit from both people and nature. We can do it, we just need to believe.” concluded Kusturica. 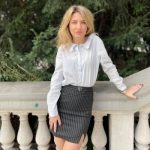 Naida is a trained Balkan Diskurs correspondent from Sarajevo. She graduated from the Faculty of Political Sciences in Sarajevo with a degree in journalism. She gained journalistic experience as a TV reporter at JU RTV Vogošća, O Kanal and Social Innovation Incubator Munja.

Siege of Sarajevo through the lens of Paul Lowe: Permanent Exhibition at the Sarajevo City Hall

British photographer Paul Lowe’s black and white photo exhibition, “Opsada/Siege” depicts daily life, culture, survival, death, and childhood in besieged Sarajevo, and will be displayed annually starting on April 5th in the Sarajevo City Hall. The exhibition will serve to commemorate the beginning of the longest siege of a capital city in modern history.
September 12th, 2022