Control over mass media narratives gives media producers the capacity to influence what the public believes about what is happening in their localities and across the world.

In an era when “fake news” is at the forefront of discussion and constant Internet access is providing us with an unprecedented flow of information, news media confronts us with many different depictions of reality. Control over mass media narratives gives media producers the capacity to influence what the public believes about what is happening in their localities and across the world.

Media has the power to shape how the public understands a story. In addition, how a story is told is greatly influenced by the person telling the story, their individual experiences, what internalized beliefs they hold and who they are writing for. Each person observes a situation through his or her own unique lens. There are many subtle biases that make their way into how a story is presented by the media. Outlined below are some important things media consumers should keep in mind while reading the news.

What is Included and What is Not?

News can easily be distorted by excluding or obscuring certain elements of the story. For example, a right-leaning newspaper may omit some policy objectives of a left-wing politician in order to highlight the negatives. This was directly evident in media coverage of Labour Party leader Jeremy Corbyn’s (United Kingdom) political views. A London School of Economics study[1] found that “three-quarters of newspaper stories about Jeremy Corbyn in the first months of his leadership either distorted or failed to represent his actual views on subjects.” Corbyn’s views were presented without alteration in just 11 per cent of news stories. They were otherwise taken out of context or distorted. As a critical reader, it is important to check multiple sources when reading a story and to keep in mind what some papers are including and excluding. By reading multiple sources, you can weave together your own understanding of the story and why different media actors are presenting the narrative the way they are. Competing parties have a vested interest in monopolizing public opinion and making sure that people are sympathetic to their version of events and that their actions are seen as legitimate and right. Today, power relations are increasingly played out in the realm of communication as a struggle to monopolize public opinion.

How are Actors Framed?

Different people can be depicted as relatable or not, good or bad, with a few simple tactics. What language is used to describe them? Which actions are they focusing on? How are they being framed? Are they using photos that make the subject look aggressive or friendly and relatable? Frames are used to narrate events in a way that can encourage a specific reaction or interpretation from its given audience. Without necessarily completely obscuring historical events, news producers may select elements that will contribute to a certain reaction and that will fit their version of right and wrong. Narratives may highlight the wrongdoing of some over others, obscuring the wrongdoer’s own failures and exaggerating the importance of certain events to create a story that makes sense to the audience. For example, before the Syrian Civil War began in 2011, the Obama administration was interested in improving ties with the Syrian regime. Bashar and Asma al-Assad are quite westernized, educated and at ease in cosmopolitan European cities. These traits were emphasized during periods of positive Syrian-American relations. Asma al-Assad was seen as an elegant and stylish first lady. As soon as civil war broke out in 2011 and the US sided with the rebels, American media tended to depict Bashar and Asma as a greedy, bloodthirsty couple. Asma, once praised by fashion magazines, was then condemned for lavish spending on clothes and furniture with stolen Syrian money.[2]

What Kind of Language is Used to Sway Opinion?

The language used to describe people and events subtly (or not so subtly) skews how we interpret the news. Certain words can be used to tip off the reader as to whether they should interpret the story as good or bad, legitimate or illegitimate. For example, if the actors involved in a bombing are labeled “freedom fighters”, we are bound to think of the event much differently than if they are labeled “terrorists”. Consider the use of language by UK newspaper The Independent in their coverage of Labour Party leader Jeremy Corbyn’s manifesto: “For the many, not the few”. The Independent claims: “Whatever you thought of Jeremy Corbyn before, you can’t deny the manifesto delivers.” “For the many, not the few” has turned out to be more than just a slogan, unlike Theresa May’s repetitious use of the phrase: “strong and stable”. Using language such as, “can’t deny” strongly props Corbyn up. In contrast, May is accused of “constant parroting”, which serves to delegitimize her message by implying she is repetitious and even annoying.[3]

How are Events Framed?

The media use culturally resonant frames to appeal to their target audience. When a historical event is transformed into a mediated narrative, it must carry a decodable message to have an effect on the audience, that is, something culturally and socially relatable to the audience. The narrative must be associated with a certain discourse that can be, in turn, realized and decoded by the consumer. Producers incorporate their knowledge of the social relations of the wider target society into the narratives they produce, which further reproduces a dominant ideology. Media, thus, creates a story that is in line with the power relations of the time as well as something that is digestible and unchallenging for its audience. Cultural norms, recognizable images, and language will add salience to a story. Robert Entman claims that a person’s cultural knowledge is part of their “schema”, which stores substantive beliefs, preferences, values, attitudes and rules for linking new ideas. These schemas guide the interpretation of messages. Linking frames with culturally embedded schema make them more effective.[4] For example, let’s imagine the coverage of a protest in the Middle East carried out by Western media. It would be more effective to highlight the democratic demands of protesters. In contrast, if the same protest were to be covered by a newspaper in the Gulf, it may be more effective to highlight religious elements.

Let’s revisit the example of the Assad family. Vogue published an article about the Assad family shortly before the conflict erupted, but in March 2011, when the civil uprising began, the article was quickly pulled from the shelves. In the article, Asma is portrayed as both a stylish, professional and dedicated family woman. The writer describes the Assad household as one that is familiar and relatable to an American reader: “there’s a decorated Christmas tree, seven-year-old Zein watches Tim Burton’s Alice in Wonderland on the president’s iMac… the household is run on wildly democratic principles.”[5] As previously outlined, frames are most effective when they are culturally salient to the consumers. The reference to a Christmas tree, a Hollywood film, democracy, and an iMac computer contrasts the Assad family with an Orientalized idea of an Arab Muslim family that is hostile to and distant from Christian traditions and American culture. This evokes a feeling of closeness and familiarity to the American reader. Orientalism often portrays non-Western women as “ignorant, poor, uneducated, tradition-bound, deistic, family-oriented, victimized, etc.” and Western women as “educated, modern, having control over their own bodies and sexualities, and possessing the freedom to make their own decisions.”[6] Asma al-Assad is predominantly portrayed as the latter. This portrayal of Asma is effectively used so that she is more closely identified as one of “us” Westerners as opposed to one of “those” backward, hostile Arabs. Orientalism is applied through the lens of Western cultural hegemony, therefore, to make Asma appealing as a soft power capable of contributing to change in Syria, it is most effective to highlight her Western values.

Which Photos are Being Used to Represent People?

We can say something completely different about someone depending on what photo is used to represent them. The facial expressions that are captured can be used to soften or harden their image. Lighting, depth and exposure of the photo can drastically change the impression the image makes as well. The photo selected to represent the story gives us a visual element to what we are about to read and it can be very powerful. If the media narrative has something negative to say about an event, it is probable that the image will reflect that.

While everything we read may not be entirely objective, that does not mean it is wrong. What it does mean is that we need to remain critical readers. Being informed is more complex than simply reading the news. Whether you are reading something that aligns with your worldview or not, be aware that the way in which a story is told is influenced by the opinions, experiences and beliefs of its producer. 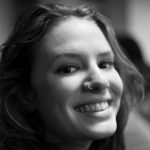 Remembering Yugoslavia: Even the Drugs Were Cleaner

Nostalgia reflects the present as well as fragments of the past in the former Yugoslavia.
January 4th, 2016