Fuad Halilović won the battle against one type of cancer 13 years ago, but he has not forgotten those who still have to fight for their lives – above all, children with cancer, many of whom have lost their hair in the course of long and arduous treatment. Together with his colleagues from the association …

Fuad Halilović won the battle against one type of cancer 13 years ago, but he has not forgotten those who still have to fight for their lives – above all, children with cancer, many of whom have lost their hair in the course of long and arduous treatment. Together with his colleagues from the association A Heart for Kids with Cancer, Halilović makes wigs from natural hair. He believes this is a very particular kind of assistance, because it gives strength and support, and shows the cancer patients they are not alone as they fight for their lives.

“If you don’t have support, you can’t even fight,” said Halilović. He recalled that from 2006 to 2009, when he was being treated for acute myeloid leukemia (AML), he received the most support from his parents and his brother. During his treatment in several hospitals, Halilović also learned a lot about other types of cancer, which were rarely discussed at the time as they were somehow considered a taboo topic in Bosnian society.

When he managed to recover, Halilović became a member of Heart for Kids with Cancer, which was founded in April 2003. What started as an informal group of parents and friends of children with cancer grew into a serious organization with more than 400 members. The Association has since become synonymous with the fight against children’s cancer in Bosnia and Herzegovina (BiH).

Halilović actively volunteered for the Association for ten years. After graduating from the High School of Economics, he began taking on administrative duties at the Association. To address the shortage of wig makers in the country, the Association started a program to train ten people from BiH, including Halilović, in wig making, so that they can help those in need.

They also launched the project “My Hair, Your Hair,” which is considered one of the most humane projects in Bosnia and Herzegovina. It collects donations of hair to make wigs, free of charge, to children suffering temporary or permanent hair loss as a result of cancer treatment. Donated hair must be completely natural, without dye or other chemical treatments, clean, dry, and at least 30 centimeters in length.

Halilović works as an assistant on this project, which is supported by the government of Switzerland. After two weeks of training as a hairdresser, he wanted to try his hand at what he had learned at the training.

“From my first attempt, it was already clear that I have a talent for making wigs. At the urging of my colleagues, I started taking more courses and finished a ten-month training,” said Halilović.

He explained the process of making a wig, which begins with washing the donated hair and classifying it by length and color, after which it is stored.

“When we receive a request for a wig, we measure the head of the person who needs the wig. After that, we make a cap according to those dimensions, and then we make a wig based on pictures of the person that were taken before they lost their hair. We make sure that the wig is as close as possible to the person’s previous hairstyle. When we make the cap, we make bangs halfway up the head that are sewn onto the cap, then we weave the hair into that cap,” said Halilović.

The project receives all its funding from donations and grants. At the very beginning, Halilović recounted, the wigs were made completely by hand, and one wig took around twenty days to complete. Today, it only takes ten days to make a wig. In the future, he hopes to be able to shorten this period by another three to four days, after he undergoes training on new machines they received from China.

Along with reducing the time it takes to make the wigs, Halilović hopes that the state will start financing the project as a type of special assistance, given its tremendous importance as means of supporting people and children who are undergoing cancer treatment. 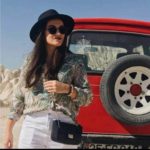 Almedina Mehić is a trained Balkan Diskurs correspondent from Banovići. She has a bachelor's degree in Turkish language and literature. She is studying International Relations and Diplomacy at the Faculty of Political Sciences, University of Sarajevo.

The Rock School That Unites: Creating Demand for Multi-Ethnic Activities in Divided Mitrovica

Amidst the few civic initiatives that have succeeded in transforming themselves into popular centers that thrive and expand upon the demand of citizens from different ethnic groups is the Mitrovica Rock School.
February 21st, 2020