For the last 11 years, a team of seven young people from the association Rezon have been creating an urban platform to strengthen the art scene in Bosnia and Herzegovina (BiH). The platform provides space for the education and affirmation of artists and young people, as well as for the greater involvement of women and …

For the last 11 years, a team of seven young people from the association Rezon have been creating an urban platform to strengthen the art scene in Bosnia and Herzegovina (BiH). The platform provides space for the education and affirmation of artists and young people, as well as for the greater involvement of women and marginalized groups in society. It is also the official platform of the Street Art Festival (SAF) Mostar.

Marina Đapić from Rezon, one of the organizers of SAF Mostar, said that they rented a space in Mostar with the help of The Kvinna till Kvinna foundation where they hold educational workshops to empower youth. The desire of these young people to learn and create shines through in the Graffiti workshop. Đapić noted that there are a couple muralists in the city who are still learning. One of them from their team is Karla Ćosić, who started as a volunteer and now works on her own murals.

Rezon’s Maja Rubinić, a co-organizer of SAF Mostar, said that Jenkins’ sculpture is potentially disturbing, but that this is exactly the point of the artist’s work – to draw attention to things that are unhealthy, and abnormal.

Criticism of the Uncultured Society

Rubinić clarified that the sculpture was used to highlight the importance of art, but also as an indication that we don’t see the bigger picture. “His entire work was a criticism of the ignorance and lack of culture in society. It wasn’t directed against anyone in particular, even though we usually interpret it as such. It was really an extremely benevolent and neutral comment on something that is an immediate reality, something that surrounds us,” Rubinić pointed out.

The removal of the Jenkins’ sculpture, as Đapić added, upset them a lot because of the way it was done. She believes that someone could have contacted them beforehand. “We saved one, but we don’t know where the other is,” said Đapić. She also pointed out that they were an activist movement from the very beginning.

Saira Gilić, member of the Rezon team and co-organizer of SAF Mostar, recalled that they had an online meeting with Jenkins and that he liked their honesty in what they were doing, which is why he agreed to come to Mostar and work with the artists.

“Ruins should not be a political, let alone a nationalist tool, but rather the concern of all citizens,” Gilić asserted.

Rezon confronts the issue of ruins through the project Kvinna till Kvinna “Urban renaissance,” where, as they pointed out, they did artist residencies on the theme of ruins. At the same time, they are also engaged in researching the issue of ownership, because many among the younger generations don’t know what was there before.

“We don’t think it’s acceptable that, 27 years after the war, the city still looks like this, for instance, Tito’s Street, which used to be the most beautiful street. I hope that in the future we’ll draw more attention to this and that we’ll see some progress,” said Đapić.

Art as a Tool to Encourage Young People

In Rezon, they don’t talk about politics or nationalism. Everything happens spontaneously.

“There is no division in our mission or our vision. We bring together different people. Art can be a tool for encourage young people to reflect and think artistically, it doesn’t have to literally be put on a wall or in the form of an exhibition or performance,” Gilić explained.

The citizens of Mostar are generally known to preserve artwork, but sometimes different citizen groups paint over some of their works and create their own. They tried to point it out to them, however, according to Đapić, there isn’t much room for communication.

“We’re aware that when it comes to art in public space, you never know what will end up happening. Sometimes, it’s temporary. This is a social experiment to see how it will all work,” Đapić said.

The difference between street art and other types of art, according to Rubinić, is that for the first time, art is moving out of the galleries. Thus, street art became present, noticeable. This visibility is used to send important messages, even though it is often interpreted as primitive, and for some, maybe even aggressive and vulgar.

SAF Mostar, as she clarified, provided a new spectrum of things and a small social phenomenon that proves that it is possible to attract attention and gain visibility because “it is not without reason that so many artists recognize us without asking for anything in return”. She believes that providing society with needed tools as an attempt to improve reality is extremely important for everyone, including our society.

By the end of the year, the Rezon team plans to hold a premiere of documentary film about the process of organizing SAF Mostar, as well as to possibly create a monograph. In addition, they are working to empower and educate their team, create exhibitions, and prepare the groundwork for a street art academy and other educational initiatives for young people. Their goal is to make a useful and beautiful communal space where others can organize activities.

Overall, Rezon’s vision is to become a leading cultural and artistic organization in Bosnia and Herzegovina. 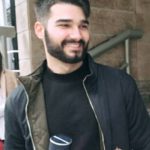 Emilio Jarak is a trained Balkan Diskurs correspondent from Mostar. He currently works as an education coordinator for the student union. He is a graduate student in psychology with a great interest in personality psychology and social psychology. In his spare time, he likes to read scientific articles about various psychological researches and watch documentaries.

Remembering Yugoslavia: Even the Drugs Were Cleaner

Nostalgia reflects the present as well as fragments of the past in the former Yugoslavia.
January 4th, 2016

The climate and soil in Herzegovina favor the development of one of the most consumed plants – tobacco, the so-called “yellow gold” which ensured the financial income of numerous Herzegovinian families. While trying to restore the recognition of Herzegovinian tobacco, the memory of the tradition was immortalized by the opening of the Tobacco Museum in Ljubuški.
July 29th, 2022