Envoy to the Spanish Embassy in Sarajevo Luis Miguel talked with Post-Conflict Research Center (PCRC) representatives about the process of reconstructing peace, drawing parallels between the experiences of Spain and Bosnia-Herzegovina after surviving war. Also discussed was the manner in which Spain is contributing to Bosnia’s reconstruction as well as what diplomatic representatives of Spain recognize as potential resources for this process.

Miguel pointed out that Spain played a neutral role in WWII, but only after it was devastated by a civil war. Rebuilding and reconstructing the land took a long time. During the final transition in the 1970s, Spain reestablished democracy, thus making a return to the main arena of European nations.

According to Miguel, Spain began exporting and sharing its own post-war experience and know-how after establishing democracy in the 1980s and 90s. It founded a development agency that funded many projects in a number of countries. Expanding further on bilateral cooperation, Miguel says that Spain has been deeply involved in Bosnia since the war, which includes the participation of peacekeeping troops as early as 1992. An office was also established which was crucial to the distribution of food and humanitarian aid in Bosnia. Between 1992 and 2010, Spain contributed 45,000 soldiers to international missions within Bosnia, although the numbers fluctuated and then diminished in the latter years until the presence was limited solely to advisors.

Financially, Spain has contributed approximately 100 million Euros to support humanitarian aid and development. Nowadays, Bosnia is considered as a medium-developed country, therefore, such assistance is less necessary. Other examples of Spain’s contributions to Bosnia-Herzegovina include the provision of financial aid to reconstruct the facade of Sarajevo City Hall, the development of an information system for Sarajevo’s water supply, and various other infrastructure projects in the areas of water supply and education.

Currently, the Spanish Embassy in Bosnia is focused on three main areas. First and foremost, as a NATO and European Union member, Spain is engaged in facilitating Bosnia accession to NATO and the EU. Although this is a difficult feat, due to a number of factors, the Spanish Embassy tries to engage and advise political and civil society leaders by mobilizing its own resources – primarily its experience as a member of both the aforementioned organizations. The efforts of the embassy are harmonized with the efforts of the international community in Bosnia led by EU Special Representative Peter Sorensen and High Representative Valentin Inzko. As a member of both the EU and the Peace Implementation Council (PIC), the embassy additionally participates as a mediator in the efforts such as freeing up finances for use in Mostar.

The second aim of Spanish Embassy is to reinforce exchange between Bosnia and Spain through cultural activities and the promotion of Spanish language and literature as well as through enabling opportunities for mutually beneficial contact between civil society and institutional actors operating within both countries. To achieve this aim, the embassy is currently supporting the founding of a Spanish language department at the Faculty of Philosophy in Sarajevo.

The third aim of the embassy is to promote the priorities of the people in Bosnia, such as generating jobs, creating opportunities for bilateral business cooperation, and contributing to overall economic development.

According to Miguel, Bosnia has learned a number of lessons in keeping the peace and he emphasizes that the local people should not be underestimated. Bosnians are well educated and they know which resources should be directed towards education and effective implementation of peacebuilding efforts. Miguel points out that, from his personal perspective, Bosnia has transitioned from a country under reconstruction to a country in need of social and economic development. The greatest problem facing Bosnia today is the lack of economic growth and development; therefore, tackling unemployment is currently one of the most important items on the agenda.

Regarding the ongoing protests, Miguel considers the problems facing Bosnia to be universal, rather than particular to Bosnia. Those problems manifest themselves in a number of different ways: inefficiency, corruption and political paralysis. He claims that citizens are fed up with everything. Why are they fed up? Because they don’t have the chance to participate in the political sphere.

As a citizen, you vote for years under the illusion that you are participating in the process, but at the end of the day politicians make the wrong decisions. When you see them using the state budget for things they shouldn’t, you begin to feel frustrated. That frustration can boil over, thus resulting in the protests we have witnessed. Things like this have been seen in many other countries, from Thailand to Spain, and they are not something that is unique to Bosnia. Bosnian citizens feel that other countries in the region are progressing, while Bosnia remains idle. Croatia has recently joined the EU, Serbia is taking part in negotiations, and I am sure Bosnians would like to see their country progressing, but they currently see no progress at all. I think the protests are a good thing as long as they are not violent. The protests are a manifestation of frustration, which all the citizens are entitled to. Violence, however, cannot resolve anything. The fight against corruption is a fight that will continue, and the aim is to reduce it to the lowest possible level. 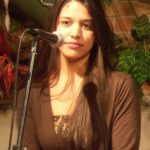 Siara Costa is a former intern of the Post-Conflict Research Center in Sarajevo. She graduated with a degree in History from the State University of Sao Joao del Rei.

Are you a student, peacebuilding practitioner, artist, memory worker, journalist, or media maker interested in learning more about cutting-edge approaches to peacebuilding and conflict transformation?
May 14th, 2019

“Anywhere from 25,000 all the way to 100,000 have been reported to have emigrated since last fall. Why are all these people desperate to flee the country that only years ago they ached to see free?”
June 2nd, 2015