Milić believes “the whole of the Balkans shares one common trait – negativity.” The habit of complaining about everything: the talk of illness and injustice that comes along with a lack of money. However, it is that dreary ambiance that inspired Milić’s idea to show what others before him had not – the potential of Bosnia and Herzegovina.

The Balkans is “an interesting landscape for information” News and Program Director for Al Jazeera Balkans (AJB) Goran Milić explains as he details the reasoning behind establishing the TV station in Sarajevo in 2011. This seasoned journalist and editor talked to Post-Conflict Research Center (PCRC) representatives in the station’s 8th floor offices located inside Sarajevo’s posh BBI Center. He said it all took off with a proposition from the CEO of the Al Jazeera Network to establish a TV station “in the languages spoken across the former Yugoslavia, or rather – the Balkans.” Compared to other Al Jazeera channels, this outfit is somewhat smaller, as were the initial investments. The general idea is to provide a diaspora of 20 million (between Australia and Canada) with a source for current information from the region.

The TV station broadcasts in Bosnian, Croatian and Serbian languages, and features subtitled content from Al Jazeera English programs. It is one of the most reliable and fastest growing TV stations in the Balkans – featuring documentaries, live debates, current events, business, technology and sports news. The establishment of a Qatari-owned network has been viewed with suspicion from the outset. Ignorance even led some to associate Al Jazeera with terrorism. In time however, it became clear that there is no political manipulation behind it. What makes Al Jazeera special is its dedication to fieldwork and the style in which it addresses the public. Despite the broad context within which AJB operates, Milić says that language was the least problematic issue. Differences in accents are considered a treasure, hence the management decided not to translate foreign reports filed by Macedonian journalists. The effort put into comprehending a different language is the best testimony of AJB journalists’ passion for reporting.

Milić discussed with PCRC his latest project – a popular documentary series entitled Alkemija Balkana (Alchemy of the Balkans). The series, filmed while Milić travelled across Bosnia, is about all things Bosnian. The people he talked with all shared one common characteristic: the ability to show Bosnia-Herzegovina in a positive light. Bosnia is not generally accepted as a hotbed of optimism, and Milić’s new series is in stark contrast to the dismal content of other regional media outlets.

Milić believes “the whole of the Balkans shares one common trait – negativity.” This tendency towards pessimism has its roots, but over time “negativity” has grown into a cultural norm. The habit of complaining about everything: the talk of illness and injustice that comes along with a lack of money. However, it is that dreary ambiance that inspired Milić’s idea to show what others before him had not – the potential of Bosnia.

Here you have 45 TV stations, numerous web portals, and media of all kinds…but they all focus on the negative, especially when it comes to politics. Since nothing has changed for the better in the past 20 years, we wanted to show something new. Something that other media had thus far failed to show.

Compared to many other societies where a person has limited options, Bosnia is different. “If you know how to do something, if you have the will, then you can make a decent living here.” Milić points out two main reasons for this: weak competition and cheap living expenses. Milić does not intend to incite a revolution: when it comes to the abyss of local economy, Bosnia has a long way to go. Yet he felt the urge to show the true potential of the country. “Workers and entrepreneurs are simply overlooked here.” Although some of them are currently employed in international companies, in time they should be able to change the ways of doing business in Bosnia. ¨The idea is to show that there is a potential. The main characters of this unique story are not big shots and celebs, but common people: Serbs, Croats and Bosniaks together – doing their jobs very well.”

What message does Milić have for the youth in Bosnia? What does the future hold for them? He is passionate about his take on this subject: “Something must be changed regarding the youth. Young people must snap out of their apathy and dare to do more than they are doing now.” He takes up a common example to illustrate this point: young people do not want to leave their parents’ homes, choosing to enjoy an easy living devoid of both charm and results. Such a behavior would hardly “hold water” in other countries, but in Bosnia it is an everyday occurrence. Milić takes the opportunity to open up about the nepotistic habits of the youth: “Here a reference goes something like this: yesterday, I saw Buda and he told me about Ivan, then Ivan told me about Pero, so here I am to refer him. It should not work that way!”

Milić reaches out to the young people with a message to be mature and ready to experience the world, not within their homes but outside of their dreary surroundings. He says education is also the way to go. Although good grades in school and college may help to a certain degree (to what degree, you can never be sure here), it is not enough. Intellect must go hand in hand with practice. Youth should take the initiative to develop their skills. This advice can apply to youth worldwide. 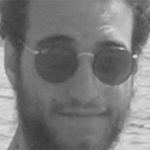 Fiorenzo Polito is a former intern of the Post-Conflict Research Center in Sarajevo. He graduated with a Bachelor’s in Translation and Interpretation from the University of Trieste, Italy.

With a Good Story and Some Perseverance, You Can Reach the Masses

“The greatest challenge that journalists face is the persistence of doing and publishing a story regardless of possible consequences,” says Amarildo Gutić – a journalist working for the online magazine Žurnal. He reminds that journalists in Bosnia and Herzegovina are faced with a number of problems and challenges as part of their work, such as political and financial pressures.
February 4th, 2019

Experts on transitional justice and human rights activists predict that a fight is ahead. Only those armed with facts can stop the celebration of war criminals, unfortunately, left to the young generation as a cultural heritage.
December 15th, 2021