Luka Ćurguz, a 24-year-old from Banja Luka, can’t call the physical injury he was born with an advantage, but he does believe that it makes him unique and easily recognizable in his athletic accomplishments and musical career. Luka is a successful athlete and musician who wants to put his hometown of Banja Luka, and his country, on the map of electronic music.

He was born without a left forearm, which makes his left arm half as long as his right. He didn’t research or ask the doctors about his physical impairment. Looking back on his childhood as a whole, it was no different than that of his peers.

“There’s surely a specific medical name for my condition, but I never wanted to research it in more detail. I never thought about it that way, so I didn’t even ask the doctors. Throughout my mother’s pregnancy, my parents only knew that the baby was a boy. The real story starts from my birth,” said Ćurguz.

In an interview with Balkan Diskurs, he explains that he has always been in step with his peers, be it in sports, climbing trees, or other games. Throughout his life growing up, he tried to achieve positive things, regardless of his situation or any negative circumstances. “Luckily for me, it goes exactly how I want it to every time,” Ćurguz pointed out.

During his early childhood, he says he wasn’t even aware that he was different, except when he looked at others. However, this didn’t bother him much because he always tried to be on par with his peers in their activities, and oftentimes, he even did better.

“Until I became fully aware of my situation, whenever someone asked me ‘What happened to your hand?’ my answer was always ‘I was born that way, but don’t worry, it will grow.’ And here, after so many years, it hasn’t happened yet, but I’m proud that it’s like this. And honestly, if I could go back and choose, I’d have to think hard about whether I’d choose to have ‘both hands,’” he said jokingly.

Fortunately, he has never encountered unkind people in his life, so he’s avoided unpleasant situations. Over time, he’s been in various environments and has always made new friends, both at school and through sports and music. “Some of these people somehow didn’t even feel that I was lacking, which many of them sometimes tell me. They simply forget that I’m different precisely because of the fact that I’m very resourceful and agile,” explains Ćurguz.

His childhood was filled with many athletic success and laughter, and today, this young man can boast of an accomplished musical career in the electronica scene in BiH. He has truly made a name for himself artistically in recent years, performing on the biggest stages in Europe. His goal is to put his country and his hometown of Banja Luka on the map of electronic music.

“Through sports, I think I have built my character and I think that’s why I am who I am today. I played football, basketball, and badminton, and I excelled in all sports, regardless of my condition. Basketball will always be my greatest passion, so I’m always happy to talk about it in detail,” said Luka. He adds that it all started on the school field when he dived into athletics with his friends. He very quickly became just as good as those who were more serious about sports.

When he saw that he could play and compete with as equals, he decided to play basketball. In his first official tournament, he scored 22 points and was named the best player.

“I think it was a turning point. It was then that I realized that there are no limits for me. All that matters is having the desire and persistence to achieve what you want most in life.  If you do things with all your heart, anything is possible,” he explained.

The best things in life happen by chance, Luka confirmed, and that is exactly how his musical journey started. As he said, music has always been a part of his life, but he could never have imagined that it would become his life’s calling. In fact, it all started when he applied for the competition for the Garden Of Dreams Festival in Sarajevo, where he managed to secure a place for his work.

He was encouraged by this, and he said to himself, “Okay, you can do this, just try!”

He is very happy to be preforming this summer at Exit Festival, one of the best music festivals in Europe. “I’m returning to Sarajevo this year, and besides the festival I mentioned, there is also the Fresh Wave Festival in Banja Luka, the NOX Festival in Šibenik, and many performances in the best regional clubs and many more festivals,” explained Ćurguz.

His family and friends are his greatest supporters. He emphasizes that he can’t say that his physical impairment is an advantage, but he is sure that it makes him unique and unforgettable, and in fact, the greatest advantage is that recognizability.

“I love being unique, it’s my signature and it has made me who I am today. State support has always been there, but in financial terms, I don’t know how much attention is given to such children given their perhaps difficult lives. I definitely think that state structures should pay attention to such people because you never know how capable someone is in life until you look inside yourself to see what you are capable of,” concluded Ćurguz. 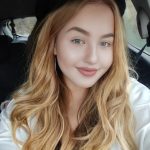 Macedonia – Countering Brutality in The Land of a Bloody Sun

“At this time, it is important that all citizens, regardless of their differences, understand that we are facing a political machine that threatens our right to life through the systematic destruction of our institutions,” Golubovska explains.
May 18th, 2015