Ognjen Todorović speaks with young people in Laktaši about when and why they first started drinking.

Stefan is 18 years old and did not want his identity revealed when speaking about the drunkenness of his past, or the drinking that he currently engages in several times a week. He tried alcohol out of curiosity when he was just 14 years old. Curiosity about alcohol showed him a way to escape everyday problems, but he ran into a considerable obstacle: his parents.

“My parents are against alcohol. They were the reason I learned how to say stop, because I didn’t want to disappoint or anger them,” said Stefan, who, while not identifying himself as an addict, does consume alcohol several times a week.

According to Stefan, alcohol is viewed as a way to relax. Still, he does not allow himself to consume it to the point where he is unaware of his actions.

Young people often start drinking to fit in with their older friends. Others say they started drinking alcohol for fear of rejection or with the aim of maintaining popularity among their peers.

Student Kristina Aničić from Laktaši recalled that her consumption of alcohol began at a birthday party where alcohol was the sole method of entertainment among the people present, all of whom were older than she.

“My reasoning behind going out today is to relax and drink alcohol. I simply don’t want to think about anything. I just want to sing and dance. There is no reason or occasion for going out, and with time, it becomes a habit,” said Aničić, adding that she sometimes feels ill due to excessive consumption of various alcoholic beverages.

According to her, she would sometimes go out with the intention not to drink but when she sees that everyone around her is intoxicated, she would start to feel uncomfortable and like an outsider in her social setting.

Mlađen (26) from Banja Luka believes that children who grew up with alcoholic parents are trying hard to avoid a similar fate considering all the problems they experienced as a result of addiction.

“I consumed alcohol for the first time at a friend’s party when I was 15 or 16. After that, I drank everything I could get my hands on because I was young and it was an important part of having fun,” remembers Mlađen, emphasizing that he no longer drinks alcohol in large quantities because he wants to preserve his sanity.

Mlađen used to see alcohol as a way to solve problems, but he now recognizes that alcohol in and of itself is the biggest problem.

“Alcohol is a part of our everyday lives whether we are celebrating or mourning. It is an inevitable part of every party,” said Mlađen.

The Center for Mental Health explains that anxiety disorders are most commonly found among young people who consume alcohol, second among youth who have suffered abuse and third among addicts.

An increasing number of young people are reaching out to the Center for Mental Health in Laktaši, which is encouraging and enabling doctors to become more proactive regarding prevention.

“When it comes to alcoholism, the ratio of men to women used to be 2:1. Today the gap is becoming smaller as more and more women are taking the wrong turn,” explained Dr. Jelena.

Patients who reach the acute stages of alcoholism are no longer capable of making the appropriate judgment when it comes to stopping their alcohol consumption and changing their way of life. Dr. Jelena explains that the detoxification process alone can last 21 days, followed by 6 to 12 months of therapy dealing with the motivations behind the drinking and other associated problems.

“I would advise young people to think carefully about their actions because short-term satisfaction often opens the door to self-destruction. The greatest reward for us as doctors is when we manage to raise the awareness of even one person. When we are able to achieve this, we feel that we are doing a good job. That person will then inspire awareness among their family members, friends, neighbors, coworkers and the like, so that circle is continuously expanding,” concludes Jelena. 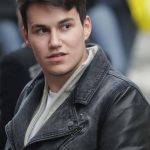 Places that you visit spontaneously for the first time really have a special aura and soul. Just like that, with these emotions, my first trip to Rama was to study the traditional custom of tattooing among Catholics in Bosnia and Herzegovina.
October 21st, 2022

Professors of Serbian Language and Literature do not see anything controversial in these competitions, but they emphasize epithets of pain, metaphors of suffering, hyperboles of loyalty, so that we become aware and never repeat the past. I often think about how historical revisionism comes about – how someone can possibly disregard the facts and create …
November 28th, 2022