Dutch media coverage of the Bosnian War partly explains why Dutch politicians and the general public are conflicted about the role played by Dutchbats during the war.

Dutch media coverage of the Bosnian War partly explains why Dutch politicians and the general public are conflicted about the role played by Dutchbats during the war.

While discussion of the Balkan conflict continues in Western media, Dutch journalists believe the public is disinterested in the subject, and even Dutch politicians remain indifferent to the topic (J. Wieten, 2002: 31).

According to David S. Rohde, an American author and investigative journalist, one reason for this disinterest is can be attributed to the fact that media coverage during the war did not reflect the reality on the ground. Dutch journalist Bart Rijs, who worked in Bosnia-Herzegovina in 1992, and from 1994 to 1998, blames himself for the lack of accurate and nuanced media coverage. He believes that he depended too much on media reports from other cities and was too eager to believe external reports about the role of the Dutch battalion in Srebrenica. According to Rijs, the brutal massacre of 8,373 Bosnian boys and men by the Army of the Republika Srpska and the Scorpions paramilitary in the UN ‘safe area’ of Srebrenica was as much a surprise to journalists as it was to Dutch politicians and peacekeepers.[1]

Headlines published in Dutch newspapers between July 1995 and June 2015 offer some interesting insights into how the Dutch media covered the fall of Srebrenica and influenced public opinion.

Before Srebrenica fell to Serb forces in July 1995, Dutch media focused on the well-being of the Dutch Blue Helmets. Instead of covering stories of people starving, being killed, and otherwise abused, the media portrayed the Dutch Blue Helmets as victims. One such headline was Dutchbat leaves positions in the South of Srebrenica (Algemeen Nederlands Persbureau, 11 July 1995). This article described Dutchbat soldiers fleeing Srebrenica for Potocari along with thousands of residents. Another article, Airstrikes failed, residents of Srebrenica are gone, Serbs are shooting Zepa and Gorazde – Dutchbat on the run (Eindhovens Dagblad, 12 July 1995), focused on the well-being of thirty Dutch soldiers held captive by the Serbs. The article Fall of Srebrenica could mean the exit of the Blue Helmets (De Stem, 12 July 1995) expressed concerns about the reputation of Dutch Blue Helmets, stating that remaining in Srebrenica would lead to further humiliation. Together, these articles describe how Dutch media put the victims of Srebrenica in the periphery when covering the situation in that specific location.

It was not until September 1995, months after the genocide occurred, that an article was published about the large number of missing persons under the headline: 8,000 Muslims from Srebrenica are still missing (NRC Handelsblad, 15 September 1995). This article was skeptical about the role of the Dutch government in the fall of Srebrenica, describing how the Bosnian Serbs separated 3,000 Bosnian Muslim boys and men from the women, children, and the elderly under the direct watch of the Dutch Blue Helmets. These 3,000 boys and men were executed, while the other inhabitants were allowed to leave for Tuzla.

In October 1995, the General Dutch Press Bureau (ANP) published the article American press discovered role of the Dutch in Srebrenica (ANP, 8 October 1995). Here, the author examined articles published in the New York Times and the Boston Globe that were critical of the role of the Dutch. In this article, a Dutch Department of Defense spokesman stated that the Dutch did not have the option to take a different course of action, but both newspapers signaled this would remain an unfinished point of discussion in the Netherlands. The Dutch journalist mentions the well-known photograph of General Ratko Mladic, Bosnian-Serb commander of the units that perpetuated the massacre in Srebrenica, standing with Dutch Lieutenant-Colonel Thomas Karremans, commander of the Dutchbat troops, but does not fully explain the context. This meeting between the two military leaders was seen as a pivotal moment in which Karremans gave Mladic official permission to overtake the safe area, which would lead to the Srebrenica genocide.

It is noteworthy that in the same month these critical articles were published, articles in the Netherlands appeared with headlines like Pronk [the former Minister for Development and Cooperation] gives Srebrenica refugees more money (ANP, 25 October 1995). After the discovery of mass graves in and around Srebrenica in early 1996, articles detailing how the Dutch Government was again donating money to the refugees of Srebrenica makes it seem as though the Dutch Government was trying to cover up the role of the Dutch Blue Helmets and to avoid making apologies.

To this day, no one can be sure how great the Ministry of Defense’s influence on the media coverage of Srebrenica was. According to Carolien Brugsma, editor at NOVA (a news program on Dutch television) from 1992 to 1999, the Ministry of Defense was responsible for hiding or “misplacing” reports. Brugsma believes that the government did not care about the Open Government Act, which creates a public right of access to government information and actively worked to prevent access. Journalists Frank Westerman and Bart Rijs agree: the Ministry of Defense was determined to keep the focus of public debate on the United Nations rather than on the Dutch Government in order to protect the well-being and reputation of the Dutchbatters, who were already having to cope with public humiliation.[2]

Recent publications had indicated Dutchbatters were willing to talk, but who had, in the end, chosen to remain silent, perhaps to save the reputation of their commander, Lieutenant-Colonel Karremans. According to Dutchbat veteran D.Z., the blockade on information and veterans’ unwillingness to speak about Srebrenica no longer exists. He said, “No one was talking, afraid that they would only put more oil on the fire. But now that Karremans will not be prosecuted, people start talking.” This led to a number of revealing articles in May and June 2015 with headlines that included Minister stopped air force (Tubantie, 30 May 2015) and Photos of Srebrenica possibly exist (De Gelderlander, 15 June 2015).

Due to the Dutch Ministry of Defense’s intrusive relationship with the press between 1992 and 1995, the press tended to focus on the failures of the United Nations and the Dutch Government instead of investigating the sequence of wartime events. Incomplete reporting eventually resulted in overlooked facts. It is hard to conclude to what extent such omissions are attributable to the journalists and the media given that their task to provide accurate information was made difficult by the Ministry of Defense as well as by Serb restrictions on in-country journalists.

In 2015, the 20-year anniversary of the Srebrenica genocide again led to increased media coverage on the subject. A documentary was released on Dutch television in July 2015, revealing new facts on the disputed history, including documentation of mass graves around Srebrenica recorded at the time of the massacre. Hopefully, new perspectives and information will lead to the truth about what happened in Srebrenica and will provide greater insight into the role played by the Dutch and others that led to this terrible tragedy. 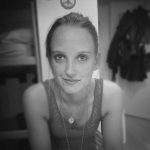 Bosnia’s Plenum: Considering the Rise and Decline of Bottom-up Democracy