Hanas Kovačević, a retired police officer from Zenica, has been using his law enforcement experience as well as the social connections he has made over the last 11 years to reconnect friends, acquaintances, and families who have fallen out of contact as a result of the war in Bosnia and Herzegovina (BiH) or other complications in peacetime.

He has connected thousands of people or, as he says, he has “solved cases.” This work has made him well-known even beyond the borders of BiH.

“People are calling from all over the world – from Germany, from Canada, from America. I was surprised when a girl from India called me, how does anyone from India know about some Hanas from Zenica?!” said Kovačević. He recalled that he and his colleague from Novi Sad managed to solve one case in seven days in which a girl from Turkey had been searching for her mother through German and Turkish television for more than 45 years, but was unable to find her.

It all started when he tried to find his own friend from the army, a man from Belgrade who he had been friends with during his military service in the Yugoslav People’s Army (JNA) in North Macedonia. This was the reason he made a Facebook profile in 2008. “I found him in Germany, and then started looking for other friends and I am in contact with them all the time,” said Kovačević. He explained that after renewing his own friendships, he decided to look for people’s lost contacts.

He joined different groups on Facebook devoted to helping people find lost contacts. To take his mind off his health condition, which forces him to stay at home, he joined the group called Broken Connections [Pokidane veze] and, as he says, “searches have already started there for children, fathers, mothers, brothers, sisters, and relatives who were separated during the war.”

The war in BiH resulted in many personal connections being lost; however, this is not the only cause.

“It was the war that separated families, for example brothers and sisters […] They each went to their own side. I don’t know why they didn’t manage to keep in touch, but some of them lost contact even before the war. There are also many cases of mothers who gave their children up for adoption. These are more difficult cases where the investigation is more demanding because the data of these children is protected,” Kovačević said.

Explaining how he finds others’ lost contacts, he explained that his JNA service in North Macedonia allowed him to meet many people from across the Balkans, many of whom became friends that he has stayed in touch with over the years. “Well, I contact them to help me, but also members of my FB group are helpful. Those who want to help come forward,” said Kovačević, adding that he has a lot of friends in Croatia and Slovenia as well.

He doesn’t charge for his work, and incidental expenses incurred during his searches are covered by the person he is helping. However, he says he’s had some cases where someone has said they would help locate a lost contact but then asked for compensation. When he explains to the person searching for the contact that money has been requested, they tell him that this is a “humanitarian group.”

“It is a humanitarian group, but sometimes a person is not a humanitarian. Someone doesn’t want to just do it, they want to be paid. Or when you ask for money, they say, ‘What are you looking for? Are you doing it for humanitarian purposes or what?’ Or else, ‘What do you need money for? Everything you need is on the Internet.’ If everything is on the Internet, sit down and look for it on the Internet. You don’t need me. Sit at the computer and find it on your own. It’s hard to explain that people won’t do something for free,” Kovačević remarked.

He is satisfied with what he does, and his greatest satisfaction is when he sees people happy. With a smile on his face, he recalls how he reunited students from one class in Vogošća after more than 30 years. As a sign of gratitude, they invited him to the graduation anniversary, which, as he says was “a special experience.”

“When you see these emotions…they don’t recognize each other. Some have changed a lot over the years, some are disabled now because of the war. Women are married…and when they met, it’s nice to see that. I just stand there and watch from the sidelines. They have stories to tell. They don’t know what to ask each other first. There are a lot of them at once and everyone wants to talk to everyone, and everyone wants to ask someone something. All that is nice to see,” said Kovačević.

However, not all stories have a happy ending. “The worst thing is when a child is looking for a parent who left them. And you find the parent. The child was already abandoned once, and when you find the parent, the parent doesn’t want them, so the child is abandoned a second time. These are very ugly situations. It’s a very unpleasant situation when you tell someone that their parents don’t want them,” Kovačević said.

As he says, reconnecting parents with children whom they have given up for adoption are some of the most difficult cases. Since the personal data on both the parents and the child are protected by law, it’s very hard for him to trace them.

The retired police officer understands that institutions are governed by laws, but he believes that it would be great if there could be some compromise. One sure way would be to sign a statement of criminal and material liability, ensuring that the data will not be misused or fall into the wrong hands, but that the team will submit all its work to the institutions, so that they have the necessary data.

The fact that he is a retired police officer and is trusted by many people makes his job much easier. For example, he says when you tell someone in Serbia, Croatia, Slovenia, and North Macedonia that you worked as a policeman, they approach you differently and are more open.

Early on, he accepted a lot more requests, but today he is more selective because it’s become overwhelming for him. He only takes on cases where he really sees a potential for him to have an impact, or as they say in the police, cases that are “open-and-shut.” 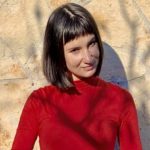 Selma Mašić is a trained Balkan Diskurs correspondent from Zenica, where she lived until the age of nineteen, when she moved to Sarajevo to study International Relations and Diplomacy at the Faculty of Political Sciences. She has enrolled in the master's studies in the Department of Security and Peace Studies at the same faculty. She focuses on the research of cultural influences on building peace in the Bosnian society, but also in the region. She is currently working as a guide at the War Childhood Museum, where she has been working since 2021.

Dark tourism in post-war Sarajevo: A glimpse of the war

Tourism agencies resumed operations in Sarajevo almost immediately after the end of the war. The first post-war tourists began arriving in the city in 1996, just months after the siege came to an end.
October 13th, 2022