Trauma is not restricted to or suffered by only the generation which experienced the war first-hand. Rather, when not treated appropriately, trauma is often transferred within families from one generation to the next.

More than 20 years after the end of the war, trauma remains a major challenge to reconciliation in Bosnia-Herzegovina. Trauma is not restricted to or suffered by only the generation which experienced the war first-hand. Rather, when not treated appropriately, trauma is often transferred within families from one generation to the next.

“If you go to a psychologist […] people will call you crazy and will talk about you. This is a primary reason why people don’t look for help. They end up staying at home and try to deal with their emotions and feelings.”[1]

They say everything heals with time, but for those who have experienced trauma, this expression sounds scornful. The scarring experience of the horrors of war in the 1990s traumatized the Bosnia-Herzegovina society, and large parts continue to suffer from their atrocious experience. As proper treatment is uncommon, their trauma is often – unintentionally – passed down from one generation to the next and has the power to foster fear, anger and hatred between different parts of the society.

Psychological trauma is a serious mental violation that occurs as a response to overwhelming events. Each trauma is personal and unique, and thus, two people going through the same traumatic event may react differently. Nonetheless, it is usually initiated by the experience and/or observation of direct, extreme violence that leads to a fear of death.[2] Because it is not actively accessible to human consciousness and thought processes, the trauma often appears with some temporal delay in the form of Post Traumatic Stress Disorder (PTSD). The most common symptoms of PTSD include, among others, feelings of fear, helplessness, depression, nightmares, anxiety, aggression, angriness, panic attacks and dissociation.[3]

Trauma and PTSD both go along with dilemmas, paradoxes and impossibilities. During the traumatic event, the human brain stores parts of the experience, but does so incompletely in order to enable the individual to mentally and physically survive it. Thus, trauma puts truth into question: the traumatic event cannot be simply remembered but often surfaces involuntarily in the form of flashbacks, moments of sudden and involuntary re-experiencing of an experience that cannot be accessed actively by the mind, often triggered by certain noises, smells or places.[4]

Oftentimes, those who suffer from traumatic pasts lack ways to express what has happened to them, rendering their personal version of the trauma incomprehensible to outsiders. Although it is advised that speaking about traumatic events in a safe environment is important to the healing process, most who are suffering find this challenging. Silence and stigma are known to be the biggest problems associated with trauma. This appears to be true within the Bosnian society, where suffering from mental illness carries a strong stigma of weakness, which leads many to keep a lid on their troubles.

Although there is no official data, according to Bosnian professionals working in the field and independent studies, more than one million people in Bosnia are suffering from PTSD due to direct trauma today, and only a very small number of these people receive assistance.[5] The number of people who have passed on their trauma to the next generation over the last 20 years can only be estimated, and the implications of untreated trauma are visible in the Bosnian society and politics: hardening of positions towards “the other” is only one of the behavioral patterns children of traumatized parents adopt unconsciously.

In order to build a better future for the next generations, the traumas of the war generation need to be taken seriously and they need to be given a chance for healing. The chain of transgenerational trauma can only be broken with sensitivity, patience and the will to listen and to be heard.

Collective efforts are required to expedite recovery from trauma and to stop it from being passed down generations. To end the war inside it is critical to create an environment and atmosphere where people can find the language to make their traumatic experiences visible in order to overcome feelings of guilt and shame, and also to help these traumatized individuals reintegrate into the society.

[1] NGO Project Coordinator in the field of trauma, Bosnia-Herzegovina. 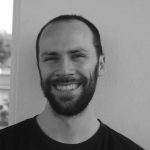 Paul Scherer holds a Bachelors Degree in Governance and Public Policy and is currently pursuing his Master's Degree in Peace and Conflict Research/International Studies at Goethe-Universität Frankfurt, Germany. His research focuses on the effectiveness of humanitarian aid, post-conflict state building and humanitarian military interventions. Paul's previous professional experience includes minority inclusion through economic participation in Nepal and lobbying for local authorities on the EU-level in Brussels.

This is the story of four individuals who are taking action to create positive change for those living with hearing, vision, and mobility impairments in Bosnia and Herzegovina.
December 20th, 2017

Chris Much Bermudez explores two examples of forensic and imaginative war photography, as well as the problems each encounters.
July 8th, 2015