Goran Miletić, Civil Rights Defenders’ Program Director for the Western Balkans, has been involved in LGBT and wider human rights activism since the early 1990s. Miletić sat down with Balkan Diskurs to discuss how the nature of LGBT activism in the Western Balkans has evolved over the course of his career, how he sees the current state of affairs and what he sees for the future of LGBT activism in the region.

Yugoslavia was on its last legs as Goran Miletić was beginning his activism career in Serbia in the late 1980s. After moving to Belgrade to study in 1991, Miletić found his footing within the city’s activist circles, which, at that time, were organizing to oppose Serbia’s then president Slobodan Milošević. In 1992, Miletić became a part of Arkadija, Serbia’s first LGBT organization, which was also heavily involved in the peace movement of the period. Miletić was involved in human rights activism and anti-Milošević protests throughout the remainder of the 1990’s, eventually taking a job with the Humanitarian Law Center in 2000. Miletić describes his role at the Humanitarian Law Center as the “head of the section that was working with human rights – and part of human rights was, of course, LGBT rights – but there were also victims of torture, prisons, national minorities, Roma, etc.”

With over a decade of activism under his belt, Miletić joined the Civil Rights Defenders team—then known as the Swedish Helsinki Committee—in 2004. Since 2004, he has risen through the ranks of the organization and is now serving as Program Director for the Western Balkans. When sitting down with Miletić, he delved into the recent history of LGBT activism in the former Yugoslav states, as well as prospects for the future of the LGBT community in the Western Balkans.

When tracing the region’s LGBT rights movement, specifically in Serbia, Miletić divides the movement into four “eras”: pre-1994, 1994-2000, 2000-2009, and 2009-present. The pre-1994 era was one of extreme oppression, during which “homosexuality was forbidden and where any media coverage about homosexuality was extremely exotic and something that you couldn’t imagine existed in anywhere in Europe.” The authorities’ tactics used before 1994 included the blackmail of LGBT community members to obtain information about other people. If they did not comply, they faced threats of prosecution, since homosexuality was still punishable by law.

Miletić describes the periods between 1994-2000 and 2000-2009 primarily as times of transition. Between 1994 and 2000, homosexuality was no longer a crime but was still seen as something exotic. After 2000, legal reforms forbidding discrimination on the basis of sexual preference began to take hold. While still lacking broad societal acceptance, the LGBT community at least began to gain basic legal protections.

Miletić regards 2009 as the turning point in the ‘modern era’ of LGBT rights. During this time, activists in Serbia organized their first successful pride event. They also lobbied heavily for a general anti-discrimination law—rather than the piecemeal, situation-specific laws in place in Serbia. In March of 2009, this general anti-discrimination law passed by a narrow majority in Serbia’s national assembly. Miletić subsequently refers to the period since 2009 as the ‘period of pride,’ during which major strides for the LGBT community have been made.

According to Miletić, the pace of progress for LGBT persons in the Western Balkans varies across national borders. Miletić reflected on the prevalence of LGBT organizations in the former Yugoslavia, noting that this variance in numbers can generally be seen as reflective of the status of the LGBT community in each respective country. “[i]n Albania, we have three organizations; in Kosovo, we have three; in Montenegro, we have…three larger-scale organizations. In Serbia, however, we have around fifteen organizations. We currently have two organizations in Macedonia and more than ten in Croatian. In Bosnia, the numbers vary depending on what you count; there are some organizations that are registered and some that are unregistered,” Miletić explains.

The differences between countries, according to Miletić, can also be seen in how far LGBT organizations are willing to go to obtain visibility. In Serbia, Croatia, and Montenegro, for instance, there is “real pride.” In Tirana, there is an annual bike ride through the streets of the capital. In Priština, activists organize a walk. In Belgrade and Zagreb, you will find pride parades like those found in Western Europe and North America. In Skopje and Sarajevo, however, mass demonstrations of pride are still fairly difficult to plan and risky to carry out.

Despite the small strides the community has made, Miletić notes that widespread acceptance is not yet the norm, even among the younger generations. He describes a strong link between nationalism and anti-LGBT sentiment, noting nationalism’s prevalence among segments of the younger generation that rely on narratives from people who selectively explain why, how, and what happened during the war. In Miletić’s view, nationalism in the Western Balkans is largely linked to traditional conceptions of religion in their most oppressive forms. These reactionary, nationalist ideas leave no room for identities that counter tradition.

Regarding the future of the LGBT movement in the former Yugoslavia, Miletić puts a lot of stock in the power of visibility-raising events and campaigns. Events such as pride parades are not just for the LGBT community itself; they give members of the community and general public the space in which to embrace their LGBT identities. Miletić explains, “we are targeting the entire LGBT community; however, we are also targeting supporters of the LGBT community as well as people who would not normally support the LGBT community, but who find something interesting in pride week or in pride walks, and, therefore, attend such events out of curiosity.” In attracting people from outside of the community, pride events build bridges between LGBT persons and their non-LGBT peers, creating wider acceptance and further normalizing different sexual and gender identities.

Pride walks, bike rides, parades and festivals also serve to garner media attention, which gives the LGBT community an opportunity to challenge the negative narratives that surround their cause. Miletić believes that building a positive and cooperative relationship with local and national media “… takes time. And, although it takes time, such a relationship is crucial. If you are dealing with juries, with judges, with politicians, they are consuming media, they are reading newspapers. You need to have media on your side.”

The tide of public opinion began to turn in 2009 at the same time that several former Yugoslav countries were prompted to adhere to the pro-LGBT platform of the EU, driven by aspirations of EU accession. However, Miletić notes there is still much progress to be made and he believes that current public opinion remains predominantly negative. He describes the regional population’s stance over the past eight years as evolving from one that was “extremely homophobic” to one in which many people say ‘I have nothing against them,’ or ‘they can do whatever they want in their homes, but not in the streets.’

Looking to the future, he concludes, “There is still homophobia, but at least we have progressed.” He expresses his hope that, in the next five years, all those who oppose the LGBT movement will move towards tolerance and inclusivity and will embrace freedom of expression for the members of the community living in the Western Balkans. 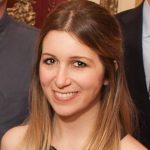 Samantha holds a BA in International Studies and Religious Studies from Northwestern University and an MA in Human Rights from University College London, where her studies focused on the economic, social and cultural rights of ethnic and religious minorities. Before coming to Sarajevo, Samantha held positions in development, communications, and community engagement for NGOs in London and Chicago. Her primary professional interests lie in using effective storytelling to build interpersonal and intergroup empathy to elicit social change.

The Bosnian city of Bijeljina, nestled in the northeast, takes its name from the word “bijela” meaning “white”. Despite an absence of visual evidence as to why the city has been given this name, it nonetheless seems fitting. This is not due to an abundance of white buildings, of which there are few, but because …
September 26th, 2019