It has now been more than twenty years since the Dayton Accords brought an end to the bloodiest conflict in Europe since the Second World War. Daily life in Sarajevo is vastly different today than it was in the midst of the siege but whilst the city and the region now operate in relative peace, there are still people that remain deeply affected by the conflicts of the 1990s. For many, the Dayton Accords served to end the violence by freezing the underlying causes of conflict rather than dealing with them directly. With the ongoing division in the representation of the conflict via education and media channels, both young and old remain hostage to opposing narratives regarding the story of Yugoslavia’s collapse. It is this “war of memories” that poses one of the biggest threats to peace in the region, and that must be addressed if the former Yugoslav states are to ever move forward out of a fragile Dayton stability and into a wider-reaching, sustainable peace.

The day before the ICTY verdict on Ratko Mladić, the orchestrator of several of the most grizzly set-pieces of the conflict, including the Siege of Sarajevo and the genocidal massacre at Srebrenica, Balkan Diskurs had the opportunity to sit down with three members of the peacebuilding organization Center for Nonviolent Action (CNA), Adnan Hasanbegović, Amer Delić and Nedžad Novalić, to discuss their efforts at challenging the toxic ethnic narratives that remain in the region. It seemed a particularly pertinent time to do so, considering the vast historic revisionism that has occurred in the discussion around Mladić, dubbed the “Butcher of Bosnia” in western media while still viewed as a hero in many parts of Serbia and the Republika Srpska (RS).

Following Mladic’s arrest in 2011, there were protests in Belgrade and the RS asserting his innocence. Less than 24 hours before his guilty verdict was handed down, current President of the Republika Srpska Milorad Dodik referred to Mladić as “a legend and a hero”. This case, and the response to it, demonstrates the dangerous revisionism that has occurred since the violence ceased 21 years ago.

These types of revisionist narratives, irresponsibly reinforced by politicians who use them for personal gain, form the basis for much of the continued animosity between groups in Bosnia and Herzegovina and beyond. It is unfortunate that the resilience of these narratives means that even the younger generations, who did not directly experience the war, retain some of the intergroup hostilities that caused the conflicts. As Nedžad Novalić points out, many of the young people in Bosnia today have veterans for fathers and the mainstream narrative, regardless of ethnic or religious affiliation, is that these veterans are heroes.

The tragedy of this glorification of the conflict, Novalić suggests, is that “you do not hear about the everyday experience of war, how it feels to lose your friend or to get hit with bullets; what you hear in public spaces is that [this person] is a hero… he died for us”. Surviving veterans are similarly viewed as heroes on all sides, even if they do not themselves feel that way. Emphasizing this disconnect between the young and the old is the fear amongst the older generation that by discussing the conflict they are holding their children back, or keeping them stuck in the past. For that reason, the real horrors of the war are not discussed, and the youth today are not fully aware of the extent to which the violence stretched. The bloody and chaotic reality of war has been forced into digestible narrative boxes that reinforce the political ideologies of the powerful.

As Mr. Novalić explains, “[in BiH and the region] we still have three camps producing their own narrative about war and sending messages to the others. The other is still completely imagined: an imagined enemy.” Thus, in this context it becomes natural to think in terms of your own social group and to situate your group in opposition to the “imagined enemy”. This “us vs. them” mentality provides a perfect storm of conditions for the development of a revisionist history that tells the story of the conflict in strictly ethnic terms, with “us” playing the role of heroes and “them” as the perpetrators of unspeakable crimes against our people.

In an attempt to combat this thinking, CNA has begun to facilitate meetings between veterans from all sides of the conflict. It has been a long, hard process, explains Mr. Hasanbegović, but one that has recently proven effective at breaking down this way of thinking of their former enemies. Usually, veterans don’t have the opportunity to hear the stories of the other side and so getting these individuals to sit down in the same room and talk represents a massive step forward in terms of intergroup relations. Since their formation in 1997, CNA has been working towards facilitating the meeting of different groups so that stories can be shared. The thinking behind this process is simple; as Amer Delić puts it: “when you sit with people, drink coffee and talk about normal times, you can say that most of them are ordinary family men. After several meetings, it becomes a friendly situation, so we can discuss what we are going to do about peacebuilding and reconciliation. We are not enemies anymore.”

These veterans often have very similar experiences of the war, regardless of the side they fought for. They all lost comrades, friends and family members, they all spent months in the mud, they all risked their own lives and many of them are suffering the psychological consequences to this day. The ideology that once divided them soon becomes less important when they get to speak to each other on a human level. Mr. Hasanbegović and Mr. Delić, both veterans themselves, explained the importance of being able to challenge these stereotypes and preconceived notions of ‘the other’ through face-to-face meetings. Over time, many of the veterans have become friends. Now, they have turned their attention towards the younger generations as well.

Many young people living in the region today have grown up on the same narratives as their parents, taught how to think and feel about other ethnic groups and political ideologies from a very young age, and with few avenues that enable them to see other perspectives. The education system is still ethnically divided throughout much of BiH and children are exposed to the prejudices of their parents and teachers. That is why it could be particularly jarring to see three ex-enemies enter your classroom to talk about their experiences.

This is the latest step in CNA’s peace and reconciliation mission; bringing veterans from all sides of the conflict into schools to discuss their stories and reveal the value of putting your differences behind you in order to move forward. They run peace and reconciliation training programs for veterans and peace-builders alike with the hope that these skills can be used to change the attitudes of future generations. This step largely came about as a result of a fear that continued prejudice and intergroup animosity could lead to an eventual return to conflict. For CNA and the veterans that they work with the key to achieving a sustainable peace is challenging the dominant narratives of the “war of memories”.

According to Mr. Hasanbegović, 60 – 70% of the Bosnian population is now in favor of reconciliation and cooperation between ethnic groups, which is a positive number, but nevertheless means that there is still a very sizeable minority (30 – 40%) that remains ethnically divided. For CNA, veterans are a powerful tool to promote the idea of reconciliation to others because of their status in society and the fact that they have directly experienced conflict first-hand. If people who originally fought against each other can come together and put their differences aside there is hope for the region as a whole.

Reconciliation work like that undertaken by CNA is vital to the peace-building process in the region, but there is a long way to go. As Mr. Novalić puts it, the outbreak of conflict in 1992 was “a long process in which you completely dehumanize[d] the other side, in order to make an ordinary man ready to kill. It is therefore also a long process to come back from that, not just on a societal level but also an individual level”.

Right now CNA is a shining example of what progress can be made even within the elements of society that were most deeply affected by the conflict, but more work must be done before the wider population sees the full potential in leaving the past behind. It takes time to change a mindset, and it will require not just civil society actors like CNA, but also the government, media, schools and religious leaders. In CNA’s own words: “We hope that this process will gain some broader support from our societies, as we had a broad support for war in our societies.” It can be done, and the CNA’s veterans are leading the way. 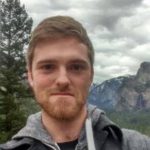 As part of his undergraduate degree in Psychology with American Studies, George spent a year studying in Chicago where he worked in association with several community outreach programmes designed to tackle gang violence. In particular, his work with BOUT IT, an organization that provides mentors for young ex-gang members, led to an interest in conflict prevention strategies and post-conflict reconstruction with a focus on the rehabilitation of people affected by violence. George completed his MA in Conflict, Security and Development at the University of Sussex in the summer of 2017 and maintains an interest in the ways in which identity politics influences intergroup behavior and can act as a contributing factor to both violence and its resolution.