Kemal Nedzibovic is a pure example of how a young person from Bosnia and Herzegovina (BiH) can turn activism into action. At just 24 years old, this young Tuzlak (a person from Tuzla) is already considered an expert in European law, policy, and integration.

Kemal’s dedication to activism started “at a young age”. In primary school he was elected as the student leader of the Slavinovici Elementary School, followed by a chairmanship on the High School Student Council. He then took several part-time jobs working on projects for the US Embassy in BiH, the Konrad Adenauer Foundation, CENSOR, and the University of Flensburg.

“Growing up in the Balkans, especially in BiH, is very challenging for young people,” Kemal explains, adding that his peers, born in Western European countries, have every opportunity for personal growth and development at their fingertips. Young people in BiH, however, must contend with the many obstacles and difficulties that go hand in hand with living in a post-war society.

Kemal views BiH’s youth as the future drivers of progress but explains that they are systematically discriminated against, politically unsupported and underrepresented, and economically disempowered. The country’s young people, therefore, often envision their futures elsewhere, in countries where the system will support them, where the corruption isn’t all-encompassing, and where education and job opportunities are accessible. 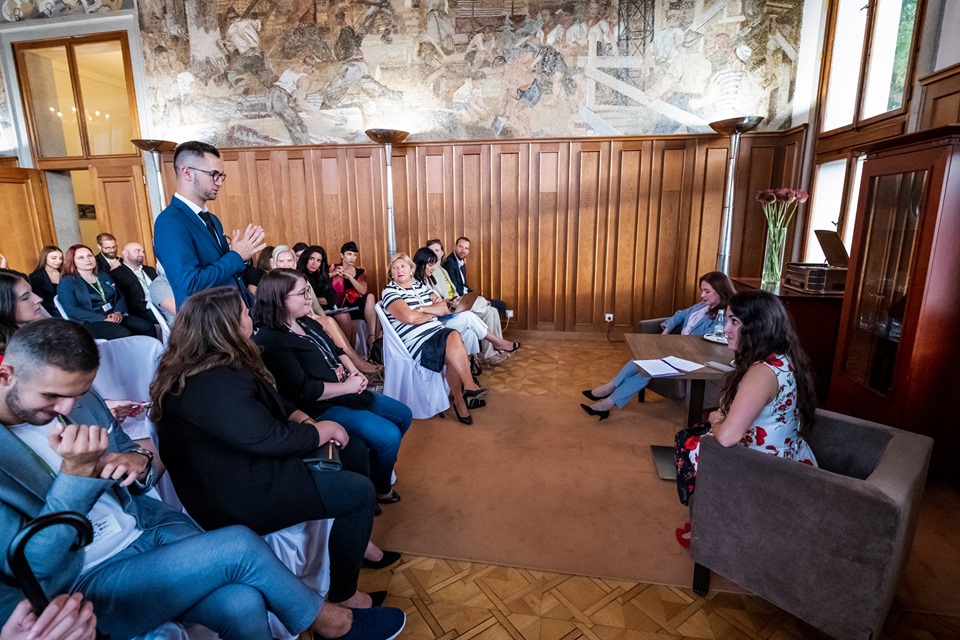 “We cannot blame young people for our country’s current situation, but we can empower them to demand institutional change through voting, constantly inquiring the authorities about important issues, protesting, and organizing public gatherings,” Kemal says.

He believes that the main problems in Bosnian society include corruption, nepotism, tender fraud, job acquisition through bribery, fictional ethnic tensions, and a strategically underdeveloped economy.

“25 years after the war, some positive developments are visible, but we are far from where we need to be. I believe we must find new ways to combat the political mafia, eliminate corruption, and elect professional people to power. Only through knowledge can we change our current situation. No other alternative will not work,” says Kemal.

Kemal began receiving educational offers in Germany during high school but decided to stay in BiH until he finished his undergraduate studies. He then went to Germany’s University of Flensburg on a scholarship from the Konrad Adenauer Foundation to pursue a Master’s degree in European Studies, with a special research focus on the migration and integration of Bosnian-Herzegovinian diaspora in Germany. 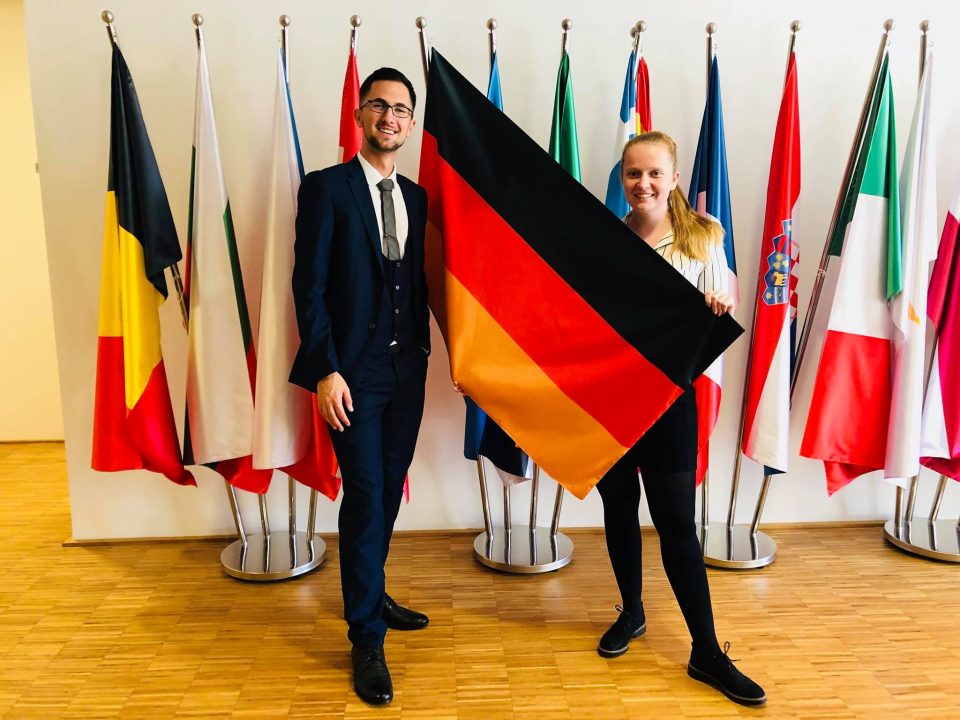 The recipient of the European Forum Alpbach 2019’s European Award for Performance and Commitment to European Integration, Kemal believes that serving as an advocate for BiH is one of his central missions in life. He, therefore, feels a great responsibility to serve as an ambassador at various events and conferences.

“All the problems that our society faces make this a difficult task, but the ability to speak skillfully about the positive things in BiH can be derived from our love for our homeland. Our homeland is its people. It is its plains, hills, and beautiful neighborhoods. It is the soul that is the Bosnian mountains and the Herzegovinian barrens. I don’t mean to sound like a poet, but Bosnia is like a song,” Kemal says.

The young man holds strong to his belief that it is possible to raise the standard of living in BiH and is passionate about issues related to intercultural and cross-border cooperation, reconciliation, and bringing young people together. He has accumulated an impressive number of awards in his young career and was recently one of five young people from Central and Eastern Europe to receive the Erhard Busek Award for outstanding dedication and commitment to European integration. He was also awarded the “Best Youth Project in BiH” by UNICEF and given the Schuler Helfen Leben Award for cross-border cooperation, among other accolades. 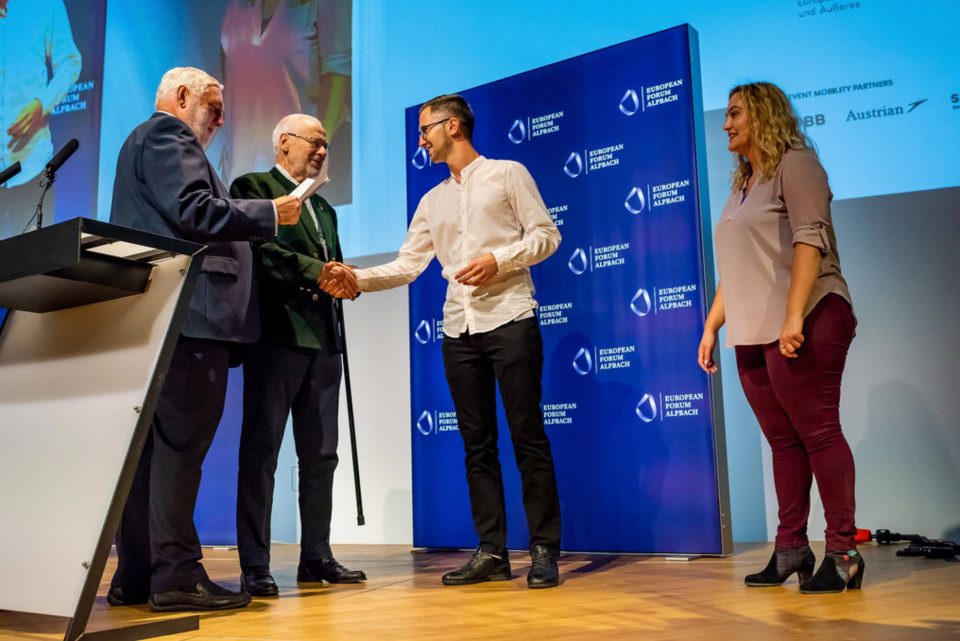 He feels that the highlight of his career, however, is the upcoming publication of his first book, which includes data from his Master’s thesis on the topic of Bosnian-Herzegovinian diaspora migration and integration in Germany.

“As part of the research I conducted in the two German provinces of Baden-Würtemberg and Schleswig-Holstein, I was trying to explore the reasons why our citizens migrated to certain German areas, why they decided to leave BiH, and how they view their integration into German society,” he explains. He adds that the results are encouraging when it comes to economic integration, but continued progress will depend on the BiH diaspora community as well as German society more broadly.

Through his education and professional experience, he has not only expanded his own knowledge but also created mechanisms that can help further BiH’s development.

“My plan is to support our population’s German integration process, monitor their progress, and provide suggestions on how we can help our country from the outside. We should be aware that more than half of our population currently lives outside of BiH and our diaspora is made up of professionals, academics, successful businessmen, athletes, and politicians. They represent a resource that can re-invest in our homeland and help us to deal with problems that are hindering our ability to thrive,” Kemal believes.

Although Kemal has received numerous offers to work abroad, he ultimately has decided to return the region to work for the Regional Youth Cooperation Office (RYCO) based in Tirana, Albania. He explains that RYCO is an intergovernmental institution mandated to connect young people across the region and to provide them with opportunities to learn from and collaborate with one another. 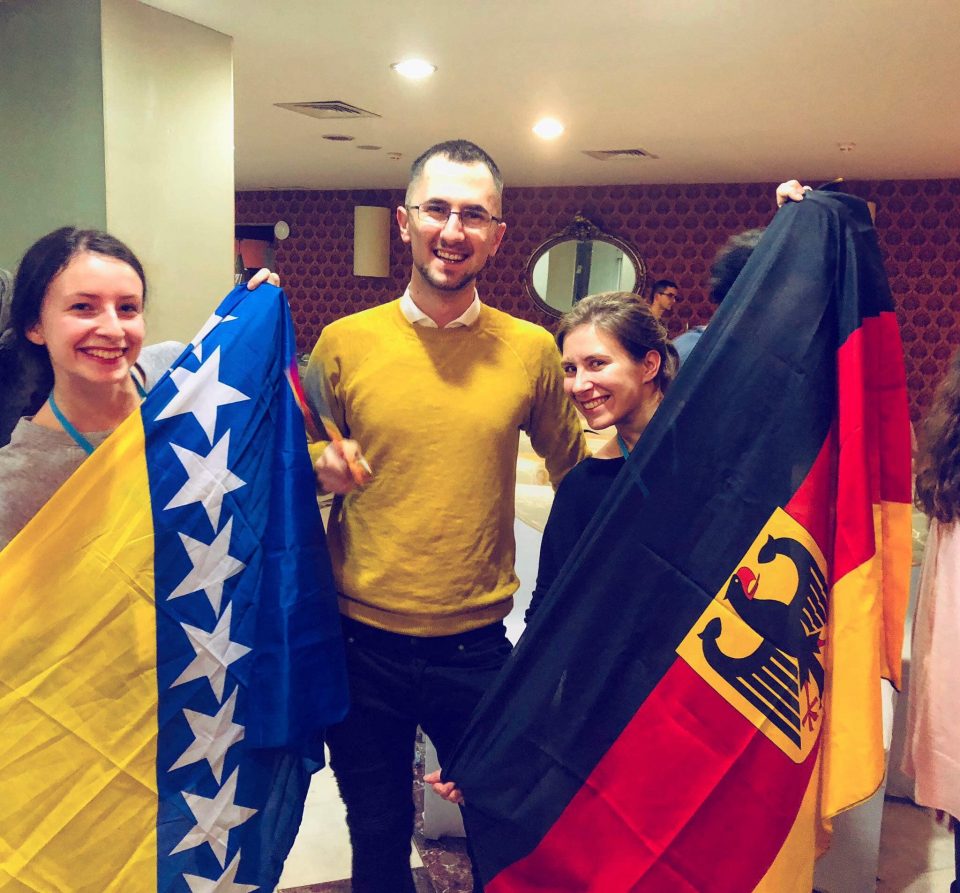 “When I was implementing my youth projects as a student, I was greatly encouraged by the establishment of the RYCO. It gave me hope that our region could be better, which makes me really happy despite the fact that, today, there is an abundance of negative political messaging and administrative barriers are continuing to impede the success of our region’s young people. The minimal budgets allocated for youth development hinders young people’s ability to plan for their future within the borders their home countries, and this is something we must address,” he concludes.

Kristina is a trained Balkan Diskurs correspondent from Ljubuški who focuses on human rights, post-conflict society, and gender stereotypes. She holds a master's degree in journalism and informatics at the University of Mostar. She cooperates with non-governmental organizations Oštra Nula, Forum ZFD, and ONAuBIH. She is a member of the Association „BH Journalists,“ and the winner of their award for the best student work on the labor rights of journalists.

Mothers of Srebrenica: An Ongoing Fight for Truth and Justice

“I could never foresee something this horrible happening in Srebrenica. I was living peacefully alongside my neighbors until someone was granted the right to take everything from me.” - Zumra Sehomerović, Mothers of Srebrenica – By Chloé Gaillard and Marion Pineau.
June 9th, 2015

Inclusion in Action: New Energy and Strength in “Dragon’s Heart”

“I never had a better coffee than this one,” “Great job, man, congratulations,” “Wow, your coffee was so good, congratulations!” These words can be heard often in Zmajevo Srce [Dragon’s Heart], the only café in Tuzla where people with Down syndrome and other disabilities work as waiters. Such words and praise mean a lot to …
June 24th, 2022