Unity in diversity and mutual tolerance have always been present as a modus vivendi in Bosnian society, even during desperate times. The story of two religious leaders in Tuzla testifies to this, as they found a solution to a common issue, despite their differences. They had the same issue which was bigger than the differences between them – the question of human lives and death. And the solution to this issue was the mass burial of the victims of the massacre at Kapija, which was a mutual proposal by Muhamed effendi Lugavić and fra Petar Matanović.

The Massacre at Kapija, also known as the Tuzla Youth’s Massacre, was a war crime committed against the civilians of Tuzla on May 25, 1995. At 8:55 pm that day, the Army of the Republika Srpska fired a grenade from Ozren on the Tuzla promenade, a meeting place of young people known as Kapija. The grenade killed 71 Tuzla citizens and wounded over 150. The average age of the citizens killed was 24 years old.

As fra Petar Matanović says, “War is a special psychological condition of human personality and consciousness, which in certain people or groups creates a certain deviant behavior.“ In order to avoid the undesirable reactions of individuals and certain social groups, it is necessary that social actors act consciously, responsibly and rationally, he states.

Politicians and authorities during war focus their resources on military defense planning and collective protective actions, and do not have the time or resources to deal with ordinary citizens and their behavior. Therefore, individuals in such times are left to themselves, to their own moral conscience.

What keeps this conscience “awake“ for many people in such moments is religion – religious and spiritual principles. As a result, religious leaders are the first to encourage the awakening of moral consciousness in people in harsher times such as war.

In an interview with Balkan Diskurs, Fra Petar states that from May 1992 to May 1996 only religious officials of the Islamic and Catholic communities were active in Tuzla. “As for the cooperation between the believers of all religious communities, it is rare to hear that someone has been provoked or harassed because that person is of another religion,” said fra Petar.

Due to this kind of cooperation between the religious communities, it was not difficult for fra Petar Matanović and Muhamed effendi Lugavić to agree to hold a mass funeral for the victims of the massacre after the tragedy at the Tuzla Gate.

“A religious official must be what his faith demands of him and what space and time require,” said Effendi Muhamed in an interview with BH Dani magazine.

The massacre at the Gate is a horrifying, eerie event. Some reacted to it poorly. As the effendi went on, “At that same place children died, the youth of the city. I was hurt when I heard the comments how they would not have died if they had been on the front lines instead of in a cafe, where they may have consumed alcohol, although at that time there was practically nothing to eat properly, let alone drink. I confronted them by saying that death is not just for someone who thinks one way or another, but death is God given. Then there was talk that they could not be buried in one place.ˮ

“I had no valid reason, neither religious, nor moral, nor any other, not to hold a funeral for those children, the youth who perished at the Gate, although it is known that it was not supposed to be be done,” says Effendi Muhamed.

The harmonious and tolerant cooperation among the religious communities, which operated during those harsh times, mattered more. As fra Petar says, “It is no wonder that we managed to go beyond those challenges and agree upon (after the severe tragedy which occured at the Tuzla Gate) fulfilling the wish of the majority of parents of victims and some people who suggested that the youth be buried together on the location of the former Slana Banja.”

The way forward for Bosnia and Herzegovina as a sovereign state, a community of all three peoples, can be maintained only through mutual interethnic and interreligious tolerance and its promotion. In this context, fra Petar Matanović states, “We need our individual and collective differences only to carry through our lives and professions. Differences are a natural phenomenon. And only in the unity and togetherness of different people and groups can we meet our social needs.ˮ

“We cannot live without each other, no matter what our names are or ethnic group, or country. Bosnia and Herzegovina is a small country, and as such, it cannot survive without internal harmony and cooperation with other countries and peoples,” said fra Petar Matanović at the end of the conversation. 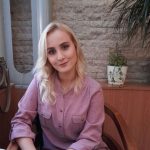 Center for Nonviolent Action: Fighting a War of Memories

Daily life in Sarajevo is vastly different today than it was in the midst of the siege but whilst the city and the region now operate in relative peace, there are still people that remain deeply affected by the conflicts of the 1990s.
March 23rd, 2018