The sexual violence endured by women and men during the Bosnian War has had a concrete and lasting impact on survivors.

“The topic [of compensating survivors] is still young and there are many things that have to be discussed, improved, and written on paper. The good thing is that something is happening now, and it is not something that will stop.”

– Alma Taso Deljkovic, Head of the Witness Support Office of the Court of BiH

The sexual violence endured by women and men during the Bosnian War has had a concrete and lasting impact on survivors. One of the ways this manifests itself is economically. Whether due to physical disability, psychological trauma, or community stigmatization, many survivors face barriers to earning a living, which, unfortunately, may lead to a permanent reduction in their quality of life. Granting survivors reparations for what they have suffered helps them reclaim their past and build a better future, a necessary step in overcoming the legacy of conflict-related sexual violence (CRSV). But economically empowering survivors is not the only crucial function of reparations. As outlined by the International Center of Transitional Justice, granting reparations to survivors expresses “to victims and society more generally that the state is committed to addressing the root causes of past violations and ensuring they do not happen again.”

However, despite the clear need for reparations, the complicated practices of courts in Bosnia and Herzegovina (BiH) often prevent survivors from obtaining compensation.

Ostensibly, there are laws that entitle survivors of sexual violence to monetary compensation across BiH, particularly the national Law on Protection of Civilian Victims of War, which was an important first step that shouldn’t be overlooked. With that said, this law is applied unevenly across the different entities of BiH. For example, unlike the Federation of BiH, Republika Srpska does not recognize survivors of sexual violence as a separate category within the umbrella status of civilian victims of war, and the application deadline for those seeking reparation was in 2007. These barriers and numerous others across the entities, including inconsistent requirements for medical certificates and proof of physical damage, has led the UN Committee against Torture to order BiH to “establish an effective reparation scheme at the national level.” Unfortunately, today there is still no such law in place.

The final step for survivors seeking reparations is going through court proceedings. However, pursuing this option in BiH has been extremely difficult and discouraging for survivors, with many giving up and not seeking reparations at all. The main problem lies in how compensation claims are dealt with by courts. According to OSCE analysis, many courts have been reluctant to grant such claims, instead referring survivors of CRSV to civil proceedings following the conclusion of the criminal trial. This practice has had devastating consequences for survivors; most give up on pursuing reparations to avoid the trauma of re-testifying and losing the privacy granted by protective measures in criminal proceedings. Essentially, survivors are forced to choose between their privacy and their right to claim non-material damages.

Notwithstanding these obstacles, progress has been made in recent years. Alma Taso Deljkovic, head of the Witness Support Office of the Court of BiH, explained during a July 6th interview that a crucial turning point in Bosnia came via a 2015 decision of the Court of BiH that granted compensation to a CRSV survivor during a criminal proceeding for the first time. Since then, courts have increasingly discussed compensation claims in criminal proceedings, only referring survivors to civil proceedings when evidence is insufficient. According to Deljkovic, there is room for improvement, however. With the issue finally in the spotlight it is likely that improvements can continue in coming years, thanks to joint effort between the competent authorities and civil society organizations (CSOs). For instance, CSOs like Trial International are working in the country to inform survivors of what their rights are and what they can do to obtain reparations. Lejla Heremić, director of Social Pedagogy at the survivor-supporting organization Medica Zenica, mentioned in an interview that the Federal Ministry of Labor and Social Policy has granted Medica Zenica the ability to issue survivors certificates that maintain their civilian victim of war status. This, she said, has caused many survivors to come forward to Medica Zenica, receive a certificate, and pursue monetary reparations after.

Work is being done on an international level as well. The Global Survivors Fund (GSF) is a new, but outstanding Geneva-based organization which, as explained by their Communications Advisor Maud Scelo, emerged in 2018 from the work of Dr. Mukwege and Nadia Murad, who received the Nobel Peace Prize for their efforts to end CRSV in 2018. The Global Reparations Study, a project that the GSF is currently undertaking, focuses on the status of reparations for survivors of CRSV in over twenty countries, including BiH. As Scelo explained, securing reparations is an extremely complicated ordeal for survivors, who often have to deal with the unwillingness of states to grant judicial reparations and excruciatingly long wait times. Moreover, no universal solution exists; reparations take different forms depending on the specific context, country, culture and gender of the survivor. In addition to the recognition of non-material damages before courts, economic reparations can also come in the form of a monthly salary, physical and psychological rehabilitation, education funding for the children of survivors, the coverage of health care costs, and more. The GSF’s purpose is to step in when states are unable or unwilling to provide survivors with effective reparations. Vitally, their initiatives utilize survivor-centered approaches, including understanding and mapping survivors’ real-life needs, providing interim reparative measures when legal reparations are lacking, guiding CSOs and national authorities, and advocacy campaigns aimed at national and international authorities that ensure that reparations stay at the top of the political agenda.

Indeed, compensating survivors is just one of many forms of reparations. Nonetheless, in a country such as BiH, shared historical truth can be hard to come by, especially in politics, making broader collective reparation policies an uphill battle. Thus, investing economically in the future of CRSV survivors is imperative if the state is to acknowledge their responsibility and repair past damage to the extent that it is possible. Finally, compensating those who have suffered can build trust in the government, which is critical if BiH is to heal the broken relationship between CRSV survivors and the state—for a democracy that casts one group aside fails all of its people. 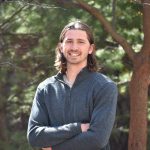 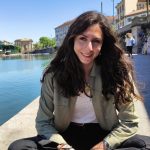 Goli Otok, “Barren Island,” is most renowned as a camp for male political prisoners in former Yugoslavia, but little is known about the island’s history as a prison camp for women.
November 12th, 2022

BiH Diaspora: A Vague Perception of Home and Homeland

The authorities in Bosnia and Herzegovina (BiH) should focus on young people and families leaving the country. The large diaspora can also be one of the possible sources of economic development of the home country. Moving abroad, as the diaspora says, does not erase memories or ties with the homeland, but creates a changing perception of what home is.
May 17th, 2022