Domestic violence and violence against women are global problems and violations of basic human rights. Women around the world are exposed to various forms of violence that are often prevalent in the family. This problem is pronounced in our country, despite measures adopted to prevent it.

Bosnia and Herzegovina (BiH) is committed to respecting international and regional human rights laws, including those prescribing the protection of women from all forms of gender-based violence, including domestic violence.

Violence against women remains a major problem in BiH society, and the Sarajevo Canton is at the forefront of the number of reports of violence over all other cantons. However, Sarajevo Canton is the first local community in BiH to define those exposed to abuse and domestic violence as beneficiaries in the law in 2002, thus providing them with rights and services.

In Sarajevo Canton, as part of the Foundation of Local Democracy’s initiative, a Coordination Body for Prevention and Protection against Domestic Violence was formed in 2005, which established cooperation and prescribed procedures for all institutions to assist victims of violence. The collaboration includes cantonal ministries, police, health workers, social workers, educational institutions, the judiciary, and NGOs.

Two well-known methods for helping victims find support include the Safe House and SOS hotlines run by the Foundation of Local Democracy.

“The Safe house was founded in 2000, and since then, 772 women have found refuge, and we have registered 2139 users, which includes not only women but also their children. In the last few years, we have seen an increase in the number of women seeking a place to stay and the number of SOS calls. The Sarajevo Canton SOS hotline is active 24 hours a day, and you can report violence or get information about the procedure for reporting violence and accommodation in the Safe House,” explains Jasmina Buljić, a psychologist from the Foundation of Local Democracy.

As Buljić confirms, this house is the only shelter for women and children who are victims of domestic violence in the Sarajevo Canton.

“The total accommodation capacity of the Safe House run by the Foundation of Local Democracy is 35. The house is generally between 70 and 80 percent full. We have never sent any woman back home, regardless of our occupancy. We find some other option for a couple of days until our premises are vacated,” says Buljić.

In the Safe House, victims’ physical protection and safety are ensured.

“Within the work of the Safe House, psychosocial assistance and support is provided, including psychotherapeutic treatment, medical assistance, specialist examinations, support in rehabilitation and resocialization, and support for finding an exit strategy, in cooperation with the competent centers for social work,” says Buljić.

Police cooperation in providing services and protection to victims of violence is of the utmost importance. Belmin Zazan, a police officer, explains the procedures for reporting bullies and what the police do in such cases.

“After the victim of domestic violence enters the premises of the local police station and submits a report of domestic violence, police officers inform the duty prosecutor about the crime and take further measures following the Criminal Procedure Code of the Federation of Bosnia and Herzegovina (FBiH). In the case of bodily injuries, the person is instructed to get medical assistance and obtain medical documentation,” Zazan says.

Zazan also points out that in case of deprivation of liberty of the perpetrator, a request is sent to the competent court to impose certain protective measures following the provisions of the Law on Protection from Domestic Violence. The court may impose several types of protective measures.

“These measures can include removal from housing and a ban on returning, a ban on approaching victims of violence, a ban on harassment and stalking, mandatory psychosocial treatment, mandatory treatment for addiction, temporary deprivation of liberty, and detention. Thus, the purpose of deprivation of liberty is to ensure the necessary protection of those exposed to violence, prevent violence, and take measures to educate violent persons. If the victim notices that the person does not respect the measures imposed on the perpetrator, then they can report it to the police,” he said.

Also, victims of gender-based violence are provided with free legal aid and health care. In the FBiH Employment Bureau, victims of domestic violence are listed as one of the target groups for various incentives and co-financing programs.

Violence against women remains a major problem. The pandemic has contributed to increased domestic violence due to social isolation and more time spent in residential areas. In families where violence was already present, violence tended to escalate due to the stress and challenges the pandemic brought.

However, in addition to the Safe House, there are many NGOs, such as Udružene žene Banja Luka, Budućnost, Žena BiH, Žene sa Une, Žene ženama, and Lara Bijeljina, which provide services and support the fight against domestic violence. Both private donors and government grants fund their activities. 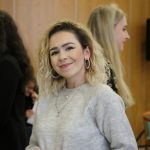 Adelisa is a trained Balkan Diskurs correspondent from Sarajevo, and a student of Italian language and literature and art history in Sarajevo. Since high school, she has been active in various projects that have helped her develop an interest in journalism. She volunteers at the PRONI Center for Youth Development, and attends the academy of the same organization - the Academy of Youth Work PAOR. She also holds Italian language classes at the Center for Culture and Youth of the Municipality of Centar in Sarajevo.

Witness Support During War Crimes Trials: Rising to the Challenge

While they are aware of various shortcomings, the Support Office says that they are constantly working to improve their resources so they can better serve witnesses and Bosnia and Herzegovina (BiH).
June 17th, 2022

“Watani – My Homeland”: War-torn Syria through the Eyes of its Children

Children in a war zone are so vulnerable, but I also saw such an incredible degree of resilience and I decided I wanted to tell the stories of Syrian kids caught in this crisis in a really thoughtful, long-form way.
September 2nd, 2016